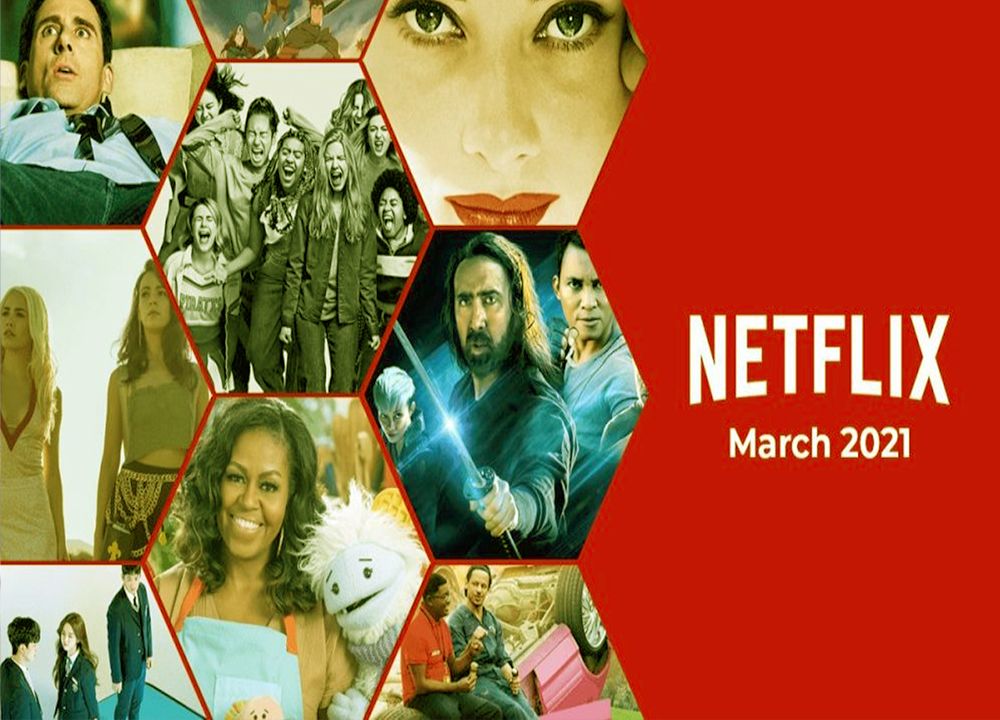 Sexiest Movies To Watch On Netflix

The package is a Netflix movie released in 2018 that might be one of the unique films on this list. It combines black humor with sexually explicit scenes. The story involves four friends who go on trekking and one of the friends cuts his penis in half. The film depicts the crazy effort of the friends to get him medical assistance. There’s a lot of nudity in the movie and is a solid entertainer with a lot of comedy (which is mostly considered as a family genre which this movie isn’t) so go ahead and stream it on Netflix right now!

The guy who took the hearts of all the ladies Michele Morrone is enough to make you watch this movie. This movie is about a smoking hot babe with a lot of innocence who gets kidnapped by a mafioso. He gives her a year to fall in love with him and uses his sexy gestures for persuasion. Loved Fifty Shades Of Grey? Then, it’s a bet you’ll love this movie as well. This movie has been in controversies for its misogynistic undertones. It became one of Netflix’s biggest successes in 2020.

The movie tells the story of a young girl, Leah who gets into a sexual relationship with a Latino man, Blue. Blue is a drug seller. Leah introduces Blue to some of her colleagues and Blue ends up selling his drugs to them in a considerable amount. Blue is then arrested by an undercover policeman and Leah falls in love with him. The film depicts how Leah goes to certain lengths to free Blue. It is not only filled with steamy sex scenes but also with a lot of dramatic material.

This movie revolves around the life of two women who have been devastated by their romantic life. To add a little spice to their lives, they decide to spend 24 hours with each other, having sex. This fun experiment ends up revealing a lot of deep secrets which no one was prepared for. This movie is fun and embellished with a lot of sex scenes. More than sex, there is intriguing chemistry between the lead actors which is the highlight of this movie. The comedy and drama are sure to entertain you to the fullest.

Knock Knock tells the story of Evan Webber (Played by everyone’s favorite, Keanu Reeves) and his interaction with two strangers who visit him on a rainy evening. Meanwhile, Evan’s children and wife are on a beach trip, the two strangers take advantage of the situation and seduce Evan. As Evan forces the girls to leave the house. The two girls hold Evan hostage in his own house. It involves a lot of sex scenes with the sexual coercion put on the male victim. This movie raises the fact that men can also be the victim of sexual abuse.

A Perfect Ending is a love story of two women who hold their relationship while keeping the boundaries set by societal norms. Rebecca, who is middle-aged and has a perfect family but dissatisfied with her sexual life. When she confronts this with her friends, they connect her to a prostitute, Paris who’s an art student. The two engage in sex which satisfies Rebecca and ends up getting a lot comfortable around each other. The chemistry between the two is commendable.

With the delicate mix of sexual elements, fantasy and horror, this movie is a perfect supernatural thriller with steamy romance. Daniel Radcliffe as the protagonist, this movie revolves around the story of Ignatius, who is a man falsely accused of raping and murdering a woman he loves. To uncover the truth, he uses paranormal abilities. This movie features a lot of dramatic sex scenes depicting the perfect sexual chemistry between the two leads in this movie.

Q. What to watch on Netflix to put you in the mood?

A. Lust Stories, Fatal Affair, You Get Me, Newness, and After are some of the Netflix series that have shown nudity and can help you put you in the mood.

Q. Why is Netflix removing content that has shown nudity?

A. Recently, Netflix has removed some of the shows due to licence issues. However, there are still many shows available that contain nudity.

Q. Which Netflix movie has the best sex scenes?

A. All the above-mentioned movies have amazing sex scenes. However, 365 days stands out of all.

Q. Are there any LGBTQ shows on Netflix?

A. Sex education, eastsiders, dead to me, and orange is the new black are some of the Netflix shows that have LGBTQ characters.