9 Teen TV Shows You Shouldn't Miss Out On! 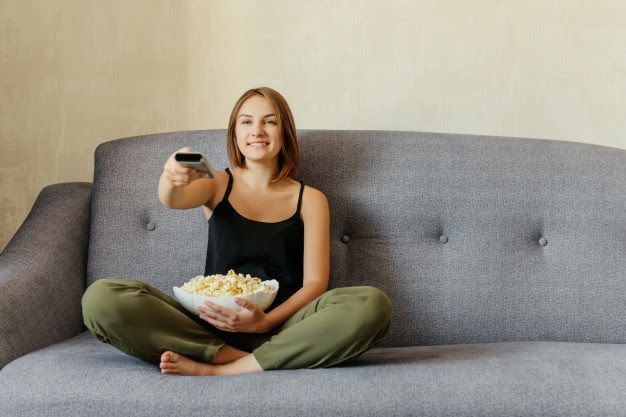 Binge-watching Teen tv shows is a common hobby for most teens to escape their boring lives. As the pandemic taught us to stay most of our times at home, we have the most amazing opportunities to finally watch some interesting and our favourite tv shows.

So, wondering what to watch this weekend? We are here with some of the best TV shows for teens!

Read on to find out!

Wanna relive your high school days? Well, watching teen TV shows is a great way to do so. The love stories, heartbreaks, drama, friendship, all that you’ve experienced in high school comes in front of you while watching these shows.

So, here’s the list of some of the best TV shows for teens you need to watch!

Euphoria is a perfect teen tv show you can watch for a lot of typical teen drama. The story of this show revolves around the lives of high school students struggling with several issues in their lives.

The main character Rue which is played by Zendaya is a drug addict, her friend Jules played by Hunter Schaefer who is in trouble after using dating apps and other characters who have their complications in life.

The soundtracks, storytelling, drama and cinematography of this show is commendable. This show may remind you of your high school days, for sure!

When it comes to thrilling and fascinating teen tv shows with a bunch of romance, Riverdale is the one that comes to mind. The casting is enough to make you enticed to watch this show.

Although the chills, romance, drama and songs are sure to take your heart away. This is a thriller TV show casting Archie Andrews (KJ Apa), Jughead (Cole Sprouse), Betty (Lili Reinhart) and Veronica (Camilla Mendes) digging into a lot to find out the crimes happening in Riverdale.

So, if you are into thriller shows, go watch them today!

The most controversial teen drama which came out in 2016 involves the story of a teen girl who leaves behind 13 tapes explaining why she did suicide, including many teenage challenges like sexual assault faced by her which led to ending her life.

It is an extremely touching and thrilling story that focuses on many general issues faced by teenagers like depression and anxiety.

The End Of The F****** The world is a story about two teenagers James (Alex Lawther) who is a psychopath and Alyssa (Jessica Barden) who is foul-mouthed, both suffer from interacting with people normally. James is quiet and Alyssa is loud and dominant. Both runaway with each other and fall in love.

The thrill and fascination in this story can be a perfect example of a strange teen drama. So, make sure to put this on your to watch list!

Eleven is a strange girl who has supernatural powers. She is a human test object at Hawkins National Laboratory and ran away. She begins to reveal secrets about the upside-down world.

The fun adventures with the group of friends and their thrilling experiences make this show one of the greatest shows of all time on Netflix.

Sex education is another perfect teen tv show which follows a virgin and introvert teenage boy who is a son of a sex therapist and a smart girl from her school. Both make money secretly by providing actual sex education solving a lot of sexual problems of the teenage girls and boys.

And yes, it actually teaches you a lot about sex which is very crucial during teenage. So make sure to watch this teen drama with a punch of comedy and romance as well.

7. The Chilling Adventures of Sabrina

Another supernatural series on Netflix ‘The Chilling Adventures of Sabrina’ involves the story of a girl Sabrina (Kiernan Shipka) who has the choice to live as a human or a witch. She chooses to live both lives simultaneously which becomes hard at times.

The show is full of usual teen drama and romance with a twist of the supernatural and mysterious story. So, if you liked Riverdale, most probably you’ll love this teen tv show.

Vampire Diaries is a classic supernatural drama starring Paul Wesley and Ian Somerhalder as two brothers, Stefan and Damon Salvatore. It is about the lives, affections, threats and tragedies in Mystic Falls, a town in Virginia.

The story revolves around a young girl, Elena played by Nina Dobrev who is stuck in a love triangle between the two brothers. This might sound like the twilight movie but do not forget, Vampire Diaries was the one to come out first and is a classic show.

9. Never Have I Ever

An absolute perfect teen drama and comedy series is the story of Devi (Maitreyi Ramakrishnan) who is an Indian-American girl, tries to return to normal life after her father dies. She wants to return with a bang by losing her virginity to the hottest boy in the school.

It is the most amusing and binge-worthy teen drama you’ll ever watch. Plus point, it is created by Mindy Kaling and Lang Fisher, so you know the amusement and fun in this tv show.