9 Binge-Worthy Web Series On YouTube To Watch This Weekend 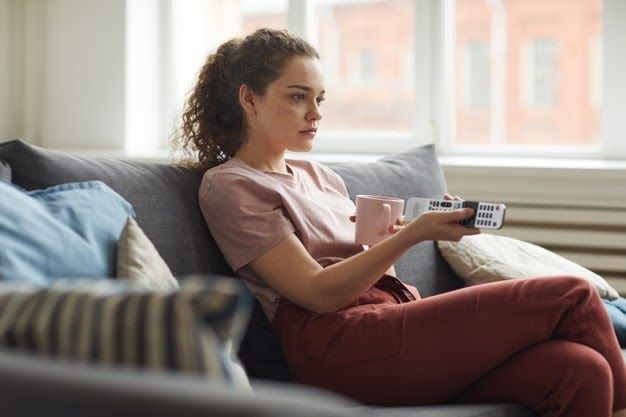 We are going to tell you some of the best web series to watch on YouTube and trust us, you are going to like ‘em!

Read on to know some of the best web series on YouTube to pass off your weekends with some entertainment.

Ladies Room is the web series from YFilms featuring leads, Dingo, and Khanna who are crazy and wild. It is a story of two best friends and their crazy mental adventure. It is a show depicting the ‘girl bros’ of two modern young girls who are struggling to ‘grow up. Watch the story of these two girls who are incredibly badass, fun, and entirely unapologetic! It is a six-episode series. So, invite your ‘girlies’ to your house this weekend and enjoy this adventurous series with them!

If you are looking for a fun and girly web series on youtube, the trip can be the best web series to watch on YouTube. The trip is a fun-spirited story of four best friends who are on a road trip to Thailand for a bachelorette party of one of the girls of the group who’s going to get married. The journey takes a twist when four of the girls realize the love and warmth of the relationship they share. This is the best youtube series on YouTube if you love emotional movies and web series.

Kota Factory is India’s first black and white web series on YouTube. This is a story that revolves around a young IIT- aspirant, Vaibhav, and his life. Meetup Bhaiya, who is Vaibhav’s teacher, leaves a very substantial impact on the students. It focuses on the struggles of a young mind in the coaching center. It also depicts the life of a student life who also cherishes the moments with their friends and falls in love.

‘Permanent roommates’ is the first drama series from TVF. It is a story of a couple Mikesh and Tanya and it is flawlessly written. It is a fearless, drama series with a punch of comedy. The story is written with pure perfection and directed with high quality. So if you are a fan of drama with a little bit of comedy, this is the best web series on YouTube you can watch.

This is going to be a relatable web series if you are from a north Indian family. It covers exceptional humor with some relatable scenes you are going to love! It is a story of a family with four members and one scooter. It reveals the secrets of their daily life struggles and the ‘new solution’ that can change everything. So, if you like masala and comedy in one web series, The Aam Aadmi Family is going to be your favorite web series on YouTube.

This is somewhat like F.R.I.E.N.D.S, to be honest. This is another of TVF’s web series recommendations. It is the story of three friends and three fathers who are struggling very badly to catch up with the young generation. The three men in their 50s get together and plan for a startup. Well, it’s a must-watch with your father. So, do not forget to watch this web series on YouTube.

Relive the cute moments with the girlies of your college days with the story of three girls who are struggling in an engineering college. It reveals the chaotic life of Maggu, Sabu, and Kiara and their constant battles with deadlines. If you are an engineering student, you’ll find it very amusing and entirely relatable. So, do not forget to watch it, because it is one of the funniest web series to watch on YouTube.

This series is a bit different from the above web series we’ve just suggested to you because it is a love story. It is a story of Dhruv and Kavya and their life’s progression as they start living together. From arguing to expressing love to each other, this series depicts the actual and honest love relationship between a couple. It is about finding love in ‘little things’ in routine life.

This series is all about college life, love, parties, and trips. So, if you wanna relive those college days again, College Romance can be the best web series to watch on YouTube. It is packed with a lot of fun, comedy, and romance, an ideal web series to binge-watch this weekend.

These were some entertaining web series to watch on YouTube. So get your snacks ready because you are going to love them!