LGBTQ Rights: A Liberty to Live Peacefully Despite the Social Stigma Attached 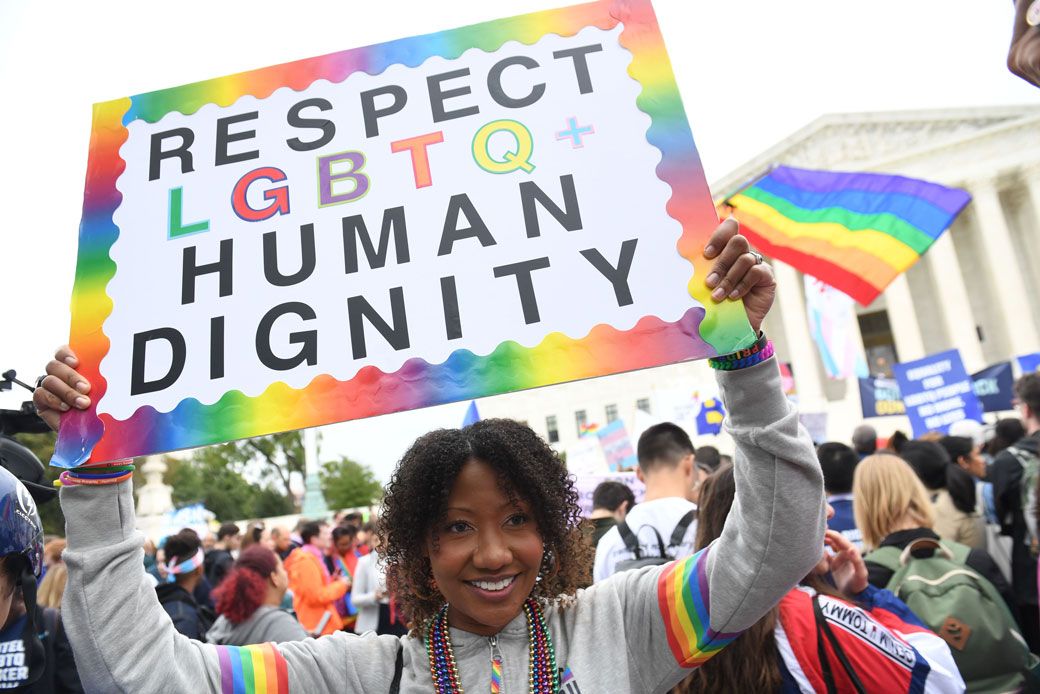 Despite the pride month celebration in the various places worldwide, are our LGBTQ brethren enjoying equality everywhere? While everyone is talking about their rights, is our society helpful in keeping its LGBTQ rights safe? The answer is dubious!

Hate speech, ill-treatment, rejection, personal attack, and body shaming are a few assaults our LGBTQ community faces daily. Age-old violations, discrimination, breach of rights, and deprivation in education, health, and occupations have led some LGBTQ people to seek extreme demonstrations, as we recently saw in the Idaho pride event. Let's look at the condition of this community that has been facing stigmas and if there is any measurement taken to improve their social rights.

Recently a group of 31 people got arrested when they wanted to demonstrate their frustration in Idaho. Police said these individuals allegedly plotted to riot during the Idaho pride celebration. Intellectuals reported that these extremist gestures might even increase more in the future if hate speeches and injustice against the community are not lessened.

A few weeks before the aforesaid frustrated group reached Idaho for riot, a fundamentalist Idaho pastor passed on a hateful rhetoric to the community by saying that the Government should kill them and even got supported by another fundamentalist pastor of Texas. The hate speech created a furor in the community, and the pride organizers responded by saying that they won't surrender to the fear. They added that the parade and festivals would continue amid protests and hate remarks.

Torture, executions, arrests under unfair laws, unequal treatment, suppression of speech, medical abuses, employment denial or rejection, domestic violence, and denial of family rights and recognition are among the many stigmas the community has been dealing with for a long time. Their sexual orientation and gender identity have been questioned many times and continued doing so to suppress the community from every right.

The American Preamble perfectly says, "We, the people of the United States…" But LGBTQ community doesn't feel safe or equal just like the rest of the American people in almost everywhere in the country. Here, some people in the USA forget that 'We' means the LGBTQ individuals too and have the right to live life like others.

Schools in Florida are making the LGBTQ topics taboo in classrooms. Especially it has been on the rise after Florida's governor signed the most controversial bill, "Parental Rights in Education", dubbed "Don't Say Gay", which stops the school teachers from holding discussions about sexual orientations or gender identity for students who are in kindergarten or 3rd grades.

The gay parents have become so worried with the thoughts that their children will have to hide their parents' identity; even they cannot describe a story about summer vacation or draw any family picture of their gay parents. The bill propagators are now backing it up by saying that it is not age-appropriate for the kids to know more about sexual orientations.

Other than Florida, Alabama, Ohio, and Louisiana, governors are showing interest in the bill and creating tensions among gay parents. The latter think that their kids will be sidelined in the class. Furthermore, to vilify the LGBTQ community, some people have even falsely accused them of grooming children inappropriately in the Drag shows. The social epidemiologists think that the bill will limit the fundamental gay rights of the youths and stop them from living a happy and fulfilling life.

School teachers are concerned about the bill, too, as they will not be able to talk about families mentioned in the curriculum. They showed their concern by saying that though they don't have to teach about sexual orientation to the first-grade students, but they need to discuss about families. This will not be possible as some students may have 2 mothers or 2 fathers in their families. As a matter of concern, the teachers will not be allowed to let students discuss how their families look in the classroom, depriving them of their right to speak and provide truth.

The scenario is not just predominant in the USA but almost every country. The LGBTQ individuals were compelled to live in fear and an uncertain life after the Taliban takeover of Afghanistan. Last year a Taliban judge said that homosexuals should be given capital punishment, stoned, or crashed to walls.

Impacts of Social Injustice on the Community

Most society considers the LGBTQ community a threat to the family, religion, and nation. Myths about homosexuals spreading HIV AIDs are creating social marginalization in this community and stigmatizing individuals with depression and vulnerabilities. There is no wonder why 40 % of transgender persons attempted suicide, where 61% were diagnosed with depression and 36% have anxiety disorders. Moreover, as per the Trevor Project, an LGBTQ individual suffers 1.75% more anxiety than others.

According to studies conducted throughout the nations, LGBTQ health is more under threat than heterosexuals. According to the survey, LGBTQ mental health issues are exacerbated by the stigma, prejudice, and discrimination they face throughout their lives due to their differences. In the 1960s and 1970s, homosexual people were considered to have mental disorders, and WHO took 2 decades to accept homosexuality as usual as heterosexuality.

Even after the official announcement from the Biden Government that the entire June month will be celebrated as Happy LGBTQ Pride Month, the hate comments and ill laws are not stopping. President Biden wrote, "this month, we celebrate generations of LGBTQI+ people who have fought to make our nation's possibilities real for every American." He also expressed his support and condemned the recent slew of anti-LGBTQ rights bills by saying, "for who you are…..deserving of dignity, respect, and support."

In India, LBGTQ was officially accepted in 2018 and legalized by the Supreme Court. Malta, Germany in 2017, France in 2012, and various other countries made same-sex marriage legal. To conclude, we must remember that the world attains natural balance through good co-existence where the LGBTQ community is all perfect with their differences. It is our responsibility to recognize our different natures; instead of hate, we should work together to improve the world.

Despite the disputes, the LGBTQ community thrives and is resilient for their rights. They want their loved ones to notice and care for them. We should never forget that humanity takes precedence, even over the sexual orientation and gender identity.

Q. Why is LGBTQ Inclusion So Important?

A. With LGBTQ inclusion, folks from the community will feel isolated and deprived of their rights. If lawmakers and social reformers focus on LGBTQ inclusion, all communities will be healthy co-existence, and society may reap the benefits of diversity.

Q. How Can You Make Feel an LGBTQ Individual Welcome & Comfortable?

Keep your mind open and let the person express his or her inner desires and voice. Don’t stop the individual from making his or her points. Don’t judge the person from the dressing style, be mentally welcoming and accept the real person in front of you.

Q. What is Pink Economy?

A. The pink economy means the purchasing power of gay, lesbian, and transgender people. Multinational companies are now focusing on this type of economy, which measures the spending capacity of LGBTQ individuals.