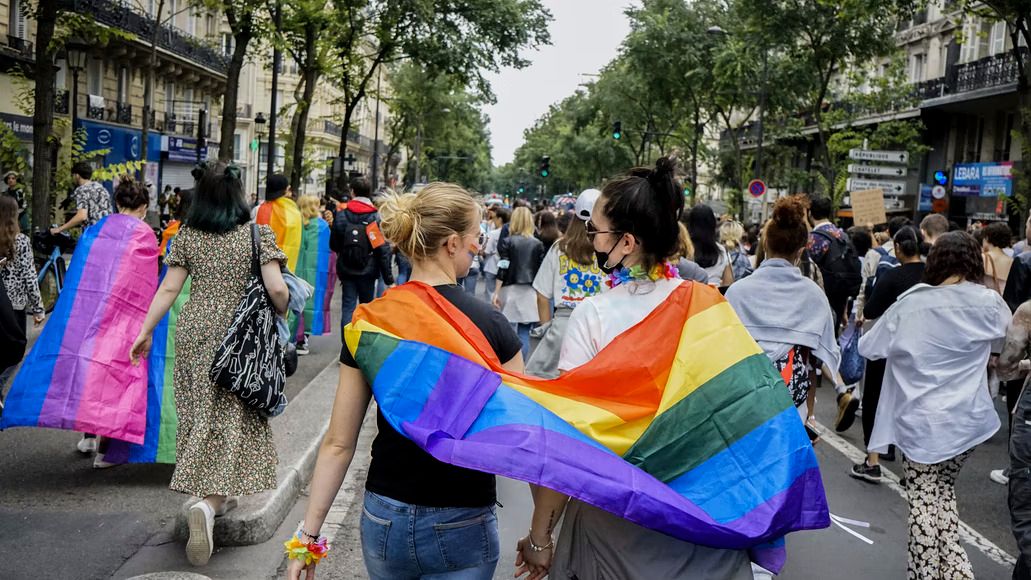 "Tonight, I'm going to have myself a real good time

And the world, I'll turn it inside out, yeah

I'm floating around in ecstasy

This famous song from the band Queen tells you to celebrate your distinct persona in this happy pride month. This 30-day of summer, celebrate your pride for being a proud gay, lesbian, transgender, or queer. It is the time to forget all the stigmas from the family, society, friends, and lovers, revitalize with the colors of the rainbow, and rejoice with your fellow LGBTQ individuals. So let's get ready with your rainbow flags, shower yourself in glitter, and join in the parade. There are marches, festivals, and concerts worldwide, so you can always join in while discovering some essential historical facts.

What Is Pride Month?

During pride month, LGBTQ people worldwide celebrate pride for their values and culture. A mindset of resistance and openness characterizes it. Pride has grown into a multi-day festival with rallies, protests, and parades. People from all over the world gather in great numbers to express themselves in various ways.

During Pride Month, a sub-holiday called Pride Day is commemorated on June 28. The day observed the first gay pride march in New York in 1970. On the other hand, various communities celebrate Pride Day on multiple days for the entire of June month.

Happy pride month started on a summer night in New York, on June 28, 1969. Some policemen attacked the Stonewall Inn. This homosexual club in Greenwich Village was the nucleus of the protest against the age-old humiliations. A sudden attack of the police igniting sparked riots by bar patrons, staff, and locals on Christopher Street.

Under the leadership of Marsha P. Johnson, the LGBTQ community led a six-day riot. The demonstrators of this riot gave their message that any LGBT+ individuals should be able to openly express their sexual orientation without fear of being judged or facing any legal action.

After the Stonewall Riots, another bisexual activist, Brenda Howard, dubbed "The Mother of Pride," called for a Gay Pride Week celebrated with the Christopher Street Liberation Day Parade. The New York City Pride March developed out of this, inspiring a slew of imitation parades and marches throughout the world in the years that followed.

Harvey Milk, a gay politician, commissioned Gilbert Baker, a well-known creative artist friend, to develop an all-encompassing logo for the 1978 San Francisco Pride March. Even though Milk had been killed that year, the parade's symbol was a rainbow flag celebrating pride and representing the community's diversity.

Though various countries, such as the USA, have recognized LGBTQ as legal, there are several hardships that these individuals have to face daily. Here is a glimpse:

1. Discrimination in the Workplace

One of the significant problems that an individual from the LGBTQ community faces is injustice in the workplace. That means that a person can lose their job regardless of job performance or skill if their manager discovers and disagrees with their true identity. In addition, individuals are forced to remain in the closet, keeping their secrets of who they are, to earn a living due to a lack of safeguards.

A survey conducted in 2021 showed that 46% of LGBTQ individuals faced discriminatory treatment in the workplace because of their identity. This harassment included being fired, denied employment, and harassed, which is very sad for humanity.

The LGBTQ community continues to fight for better healthcare access and equitable treatment from physicians and health insurers for their care. LGBTQ individuals are more likely to have health difficulties due to drug abuse and mental health issues. However, trans persons face hostility from health insurers simply by identifying as trans. Delaying or refusing medically necessary care and discrimination in health care put LGBTQ people's lives at serious risk.

Judicial judgments and laws aimed at protecting equality may certainly help, but certain battles cannot be won in the courts. LGBTQ individuals face discrimination, fear, and hostility daily, resulting in physical, mental, and emotional pain. They get backlashes from families, friends, schools, colleges, offices, and almost every sphere of life. A sad reality says that an LGBTQ youth is 4 times more likely to suicide than any other individual.

A shocking stat revealed that more than 1.8 million LGBTQ youths aged between 13-24 commit suicide in the USA every year. Now, it's time for us to understand their pain or else we will lose several innocent lives every year.

Even the scientists like Andrea Ganna, the lead author and European Molecular Biology Laboratory group leader at the Institute of Molecular Medicine, said that same-sex behaviour is a natural part of human beings' diversity. Therefore, as social creatures, we should also appreciate them for who they are, and irrespective of caste, sex, or religion should observe a happy pride month.

"A different lover is not a sin, Believe Capital H-I-M" and "I'm beautiful in my way 'cause God makes no mistakes, I'm on the right track, baby, I was born this way" these lines of Lady Gaga's all-time high record is saying that you have right to love someone who is a bit different than the stereotypes and God can't make mistakes.

So, no matter who you are and whom you love, you are just perfect and beautiful in your ways. So, celebrate the happy pride month with honor and a smile on your face, and let the world accept who you indeed are. Be in your skin no matter how hard the journey!