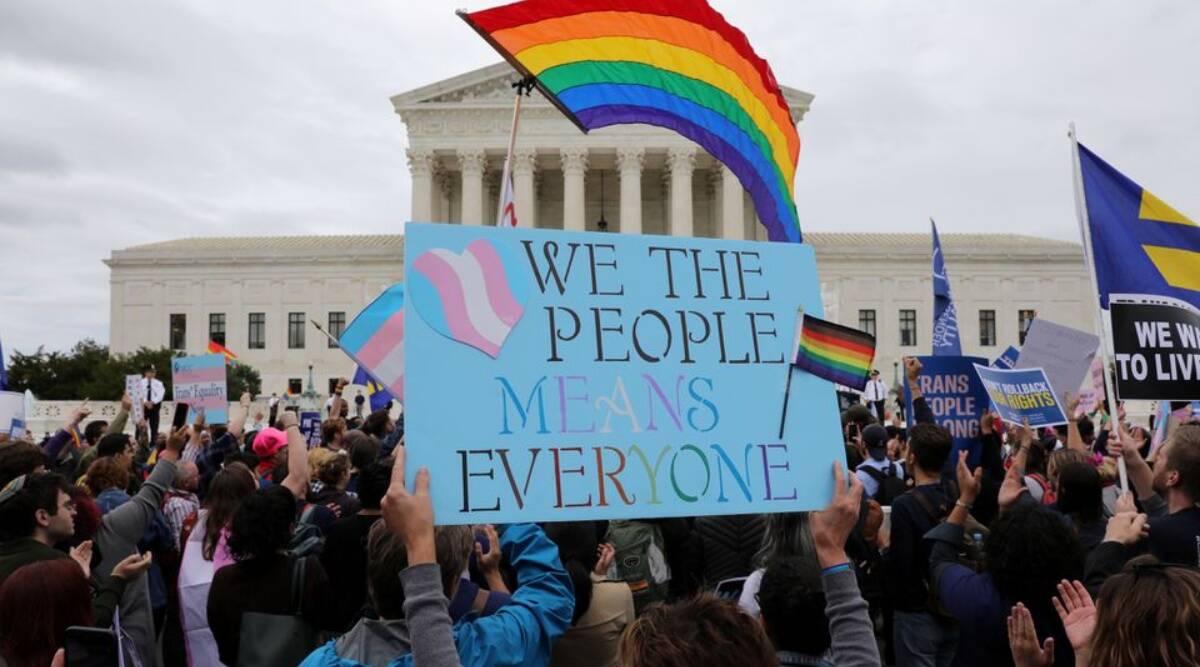 Being an LGBTQ individual is a crime? Being different a crime? Am I not enough? Are these questions stabbing your heart daily when you see your gay friend breaks down entirely or your queer family member cry silently? Society has never been easy for these folks. From getting bullied to being denied job opportunities or rejected by lovers, LGBTQ individuals know the price of being so different. The social torment even gets harsher when legislators pass anti-LGBTQ bills to sabotage the fundamental rights of human beings. Let's dig deeper into how such inhuman policies are taking place and posing an excellent bolt for the community.

The year 2022 has been a difficult time for LGBTQ individuals in America. The community had to witness an unfair bill in the name of Florida's Parental Rights in Education bill, also mocked as the "Don't Say Gay bill." The bill is enough to damage the community's mental and physical health, most precisely the youth and children.

How Do Anti-LGBTQ Policies Impact the Community?

Discrimination, family rejection, and homelessness severely harm LGBTQ mental health and well-being. Every day in the United States, tens of thousands of LGBTQ teens confront bigotry in schools, danger at home, and uncertainty on the streets.

Jonah DeChants, a research scientist for the non-profit the “Trevor Project”, reported, "LGBTQ young people often experience disproportionate mental health challenges because of how they are mistreated and stigmatized by society." Rejection, discrimination, abuse, bullying, and harassment are much more common among LGBTQ youth than among non-LGBTQ peers. All of these can lead to negative mental health implications for these individuals.

LGBTQ kids have to endure challenges while their counterparts don’t have to. As a result, these folks suffer nervousness and continuously think of being rejected or prejudiced because of their sexual preference. As the 2019 Massachusetts Kids Risk Behavior Survey reported, LGBTQ teenagers in Massachusetts continue to encounter high rates of bullying, assault, and suicide attempts at school. The same goes for the other states in the USA and other countries.

According to statistics provided by Heather Zayde, a clinical social worker and psychotherapist, there are 240 anti-LGBTQ laws in the USA. These laws prohibit transgender children from engaging in sports and denying discussion of LGBTQ topics and issues in schools. Furthermore, these laws ban gender exceptions and even prohibit young people from using toilets that correspond to their gender. The bills’ supporters say it is about safeguarding children, parental rights, and religious freedom. On their own, these bills are cruel, barbaric, and heinous. Indeed, so many laws have been presented this year that promote the belief that LGBTQ youth are so horrible and evil that legislation is required to silence and embarrass them.

In 2014, the Juno (a movie about teen pregnancy) star Elliot Page (formerly Ellen Page) identified as homosexual at the Human Rights Campaign's "Time to Thrive" conference, which promotes the LGBTQ Community right to choose sexual orientation. In 2020 Page came out as a transgender person and had expressed his mental conditions by saying, 'I am tired of hiding, and I am tired of lying by omission. I suffered for years because I was scared to be out. My spirit suffered, my mental health suffered, and my relationships suffered. And I'm standing here today, with all of you, on the other side of that pain.'

Not just Elliot Page but Billy Porter also showcased his love and support for the community by posing his unique blend of masculinity and femininity on the red carpet. When asked why he chose to wear a gown instead of a tuxedo, he openly admitted that he always wanted to wear a gown.

Ellen DeGeneres is a comedian and talk show host who has been a relentless advocate for gay rights since the 1990s. In 2016, DeGeneres was awarded the Presidential Medal of Freedom, the highest honor granted by the president to a US civilian, for her work to promote LGBTQ rights. Another famous actor, Brad Pitt, told MTV in 2012 that he believed it was essential to legalize same-sex marriages. He said, 'Equality, absolutely, that's what defines us and makes us great. If it doesn't sit well with your religion, let your God sort it out in the end, but that's us. We're equal."

How Can We Stop the Stigma & Be More Human Towards Each Other?

Correcting our mental attitudes is the first step toward helping out your LGBTQ friend, family member, or neighbor. We must embrace the uniqueness first and then accept them as different individuals. Society needs to be more open to listening to the problems faced by this community and seek solutions.

Humanity is not limited to sex, creed, color, or family. We need to educate our children to behave well toward the LGBTQ people, and the schools should be open to discussing different types of families in society. The problem is not only that the community is sidelined in every field, such as health, education, politics, relationships, jobs, and the right to speak for ages, but it requires serious attention from the lawmakers to change the scenario for the betterment of the whole society.

Belgium is setting an example by introducing new measures which will be assessed in 2024. This is to counter discrimination and grant more rights to LGBTQ persons, reducing the country's high frequency of sexual orientation-related violence.

The plan focused on increasing safety and expanding possibilities for lesbians, gays, bisexuals, and transgender persons. It will emphasize raising awareness and information to address LGBTQ people's current realities and requirements. Furthermore, the legislators are optimistic that the rights of LGBTQ folks are reflected in all policies while also improving health and combating phobic violence and discrimination.

Thousands of LGBTQ kids in the United States and other countries suffer daily dangers that no child should have to deal with. Harassment at school, rejection from family, and the uncertainty of where they will sleep at night all substantially impact these young people's mental and physical health and well-being.

If politicians across the nations care about these children's futures and family values, they must go beyond these social prejudices. They need to recognize the terrifying reality that LGBTQ kids confront from the time immemorial and work to pass legislation that will save their lives and guarantee that all LGBTQ children have a fair opportunity for a brighter future.

Q. How Can You Show Your Business LGBTQ-Friendly?

A. First, make a few changes to your company policy that support LGBTQ rights. Take measures such as writing LGBTQ-friendly Google My Business posts, conducting social media campaigns, and openly mentioning how your company welcomes any individual from the LGBTQ community.

Q. What Should be the Objectives of an LGBTQ Policy?

A. The lawmakers need to make laws that provide mental, physical and overall health, safety, education and occupation for the LGBTQ community. The rules should be made keeping in mind the present condition of the folks and must be implemented in reality.

Q. How Can an Organization Employ an LGBTQ Person?

A. Celebrate pride month and provide charities to support LGBTQ causes. Hire candidates from the LGBTQ community and train them well with excellent corporate trainers. Provide motivational webinars to keep their morale high.