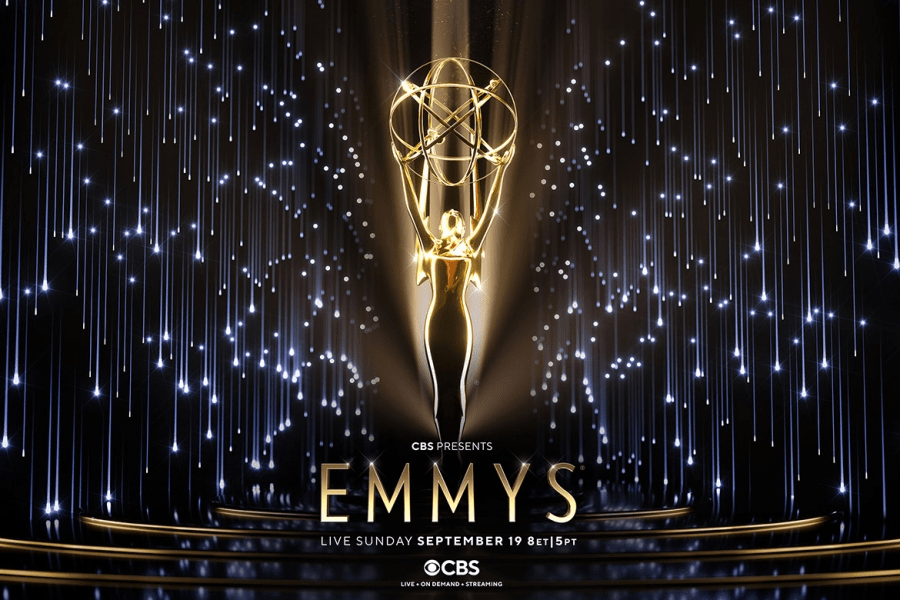 Last year, the Emmys 2020 was a sorry affair. With COVID-19 restrictions all over America, the event had to be hosted virtually on-screen. Thankfully, this year everything went back to normal. The 72nd Primetime Emmys awards was an in-person event conducted on September 19 in Los Angeles’ Event Deck at L.A. Live. Massive wins happened this year as celebrities walked the red carpet in their best outfits. Not to forget, women won big.

Among other notable wins, Emmys 2021 also witnessed history as RuPaul became the most-awarded person of color with 11 wins. The Crown and The Queen’s Gambit swept multiple awards as well! On that note, read on for a quick highlight of the daytime Emmys 2021!

“…For visibility these days seems to equate to success. Do not be afraid to disappear from it, from us for a while, and see what comes to you in the silence.” ~Michaela Coel, Emmys 2021 Acceptance Speech

Olivia Colman is not new to the world of awards. Having won four BAFTA awards, three Golden Globes, and an Academy Award, Colman’s resume must definitely be running out of pages.

This year was Coronation time for her as she bagged her first Emmy award for Outstanding Lead Actress in a Drama Series. She won the award for her performance in Netflix’s The Crown. She beat fellow nominees including Elisabeth Moss (The Handmaid’s Tale), Uzo Aduba (In Treatment), Emma Corin (The Crown), Mj Rodriguez (Pose), and Jurnee Smollett (Lovecraft Country).

Hollywood’s favorite Kate Winslet won the award for Outstanding Actress in a Limited Series for her performance in Mare of Easttown. Others nominated in the same Emmys category included Anya Taylor Joy, Elizabeth Olsen, Michaela Coel, and Cynthia Erivo.

RuPaul took home another Emmy award for Competition Series and is now celebrated as the most awarded person of color in Emmy history. This is her 11th Emmy win.

4. Michael Coel, I May Destroy You

Michaela Coel, the writer of I May Destroy You, didn’t only win an award for Best Writing for a Limited Series or Movie but also scripted history as the first black woman to win in that Emmys category. Her fellow nominees were Laura Donney, Scott Frank, and Brad Ingelsby among others.She dedicated her award to the survivors of sexual harassment and made the floor shake with her acceptance speech.

Americal writer and director Lucia Aniello bagged an Emmy for Outstanding Directing for a Comedy Series for HBO Max’s Hacks. She shared another Emmy win with writers Jen Statsky and Paul W. Downs for Hacks.

The wonderful Gillian Anderson took home an Emmys 2021 for Best Supporting Actress in a Television Drama Series for her marvelous performance as Margaret Thatcher in Netflix’s The Crown. Her fellow nominees included Helena Bonham Carter, Ann Dowd, Madeline Brewer, and others.

New Zealand director Jessica Hobbs took home an Emmy for her work on Netflix’s The Crown. She beat Bridgerton director Julie Anne Robinson, Steven Canals for Pose, The Crown director Benjamin Caron, and Liz Garbus for The Handmaid’s Tale among many others.

Ted Lasso scored a history-making win for the Outstanding Comedy Series, bagging 8 Emmys Awards in total. Hannah Waddingham took home the trophy for her role as the Best Supporting Actress in a Comedy Series.

Maya Rudolph is a known face and name in Emmys history. This year, she picked up an Emmys for best guest comedy actress for Saturday Night Live.

Last but not least, Claire Foy took home Best Guest Actress in a Drama Series for her reprising role in Netflix’s The Crown as the young Queen Elizabeth.

A special mention should be made for Aarya, the hard-hitting web series revolving around the character portrayed by Sushmita Sen, who fights tooth and nail to protect her family after her husband has been murdered. It has been nominated in the Drama category and is the first for an Indian web series.

The most important takeaway from this year’s 73rd primetime Emmys awards is that women can do everything from writing, acting, to directing. 2021 was a huge year for women in general, and we are excited to see what next year’s Emmys bring us!