5 Inspiring Stories Of Women Athletes From The Tokyo Olympics 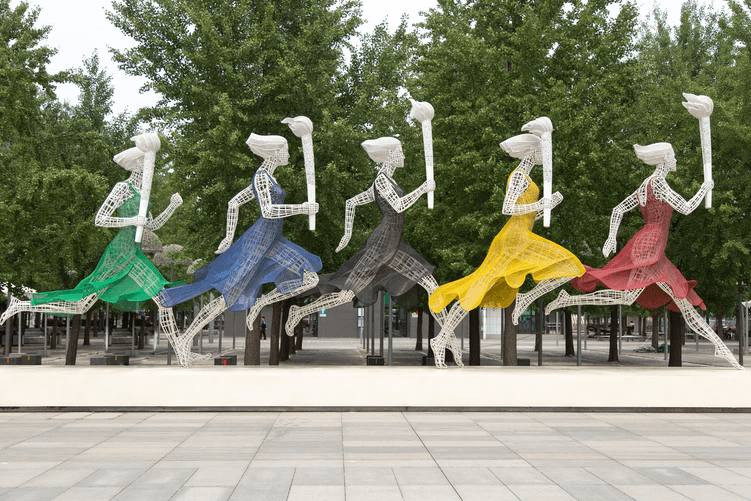 Did you know that women weren’t allowed to take part in the Olympics till 1900? That year, only 22 woman athletes competed in the aris Olympics, and Hélène de Pourtalès of Switzerland became the first woman to win an Olympic gold medal. It’s interesting to see how times have changed. Women have made massive waves on every front to prove their worth. Let’s look at how women have made strides in the Olympic Games since 1900!

This year’s Tokyo 2020 Olympics has been quite historic. The U.S. women have not only competed but also won 60 percent of the nation’s gold medals. Additionally, 49 percent of the Olympics participants were women of all ages, including a 66-year-old Australian equestrian grandmother, Mary Hanna.

The International Olympic Committee praised the Tokyo 2020 Olympics stadium as the “first gender-balanced Games in history.” On that note, here are some inspiring stories of women athletes from the Tokyo Olympics.

Women Athletes from the Tokyo Olympics

Here are 5 amazing stories of women athletes from Tokyo Olympics

1. Simone Biles withdrew from the competition on account of mental health struggles

Simon Biles’ story definitely struck a chord out of all the inspiring stories of women athletes from the Tokyo Olympics. It’s not easy being an athlete. In fact, Simon Biles proved that even athletes are not exempt from mental health troubles.

It was shocking when Biles announced her withdrawal from the Tokyo Olympics Artistic Gymnast team event and individual round. Citing mental health as her reason for withdrawal, Biles opened up about the struggles she had been facing. Biles said that she had to focus on her mental health and put herself over competing.

Simon Biles said that since mental health was becoming more prevalent in sports, she needed to protect her mind and body instead of going out there and doing what she was expected to do.

A truly inspiring story, Simon Biles shows the world that the self is always a priority. Nevertheless, she returned to the competition scoring a bronze and becoming the only second American gymnast to achieve the feat of 7 Olympic medals in Gymnastics.

The 30-year-old weightlifter Hidilyn Diaz became the first Olympic gold medallist from the Philippines. She won in the women’s 55-kg category and stopped China’s bid for the perfect Tokyo 2020 Olympics score.

Hidilyn Diaz’s win is massive for Asian representation in sports, and especially in the Olympics Games. Diaz didn’t just win gold. She set an Olympic record. Diaz had previously won a silver medal in the 2016 Olympics, also her country’s first appearance.

Diaz opened up about how she was stuck in Malaysia for 5 months due to COVID-19 travel bans, and all gyms were closed during the lockdown. This forced Diaz to build her gym using large water bottles and attaching them to a bamboo pole.

Diaz’s story is a testament to creativity and brilliance. She has set an example for all woman athletes from across the world. She will be remembered forever in the Philippines as this was the first time that the country got to hear their national anthem play on the Olympic stage.

3. Kimia Alizadeh made a stand against her own country

In the 2016 Rio de Janeiro Olympics, Kimia Alizadeh became the first Iranian to win an Olympic medal for her country. She won a bronze in Taekwondo. However, following her historic achievement in 2016 Rio De Janeiro, she absconded what she felt was an oppressive Iranian government trying to repress its citizens.

After defecting to Germany, she had hoped to compete in the January 2020 Olympics. Unfortunately, enough time hadn’t passed for her to gain citizenship. Luckily, the COVID-19 delays allowed her to join the refugee team and compete in the Olympic games.

This year, Alizadeh won her first match against Iranian Nahid Kiyani Chandeh. Despite not winning a medal this year, Kimia Alizadeh made a stand against her former country and stood up for what she believed in.

The Tokyo 2020 Olympics was a momentous year for Indian athletes, but especially the Adidas woman athletes. The Indian women’s hockey team defeated the seemingly unbeaten Australian team and reached the semi-finals. Before this, Team India’s best finish was in 1980 when they debuted in Moscow and ended up in the fourth position among 6 competing teams.

This year, every player on the team pushed themselves and reached for the horizons. The clincher was when defender Gurjit Kaur scored a victory goal from a penalty corner, right at the 22nd minute of the game. India has scored its much-deserved best-ever medal tally in the entire history of the Olympic games. Understandably, this is just the beginning for the Indian women’s hockey team.

Allyson Felix may be known as the most celebrated track Olympian in American history, but she’s also an advocate for mothers all around the globe. Felix has shattered decades of patriarchal notions and proved that women can be great mothers and still fight to pursue their dreams.

Felix not only exited the stage with a record 11th medal, and eclipsed Carl Lewis as the most decorated U.S. Olympic track athlete. She has also partnered with the Women’s Sports Foundation and several sportswear companies to facilitate a grant program for woman athletes who are also mothers. This grant will cover the costs of child care. That’s not all. Felix has inspired mothers and made them believe that motherhood is not an obstacle to achieving one’s goals.

If there is an important takeaway from this year’s Olympics Games, it is that women can do it all. You go girls!