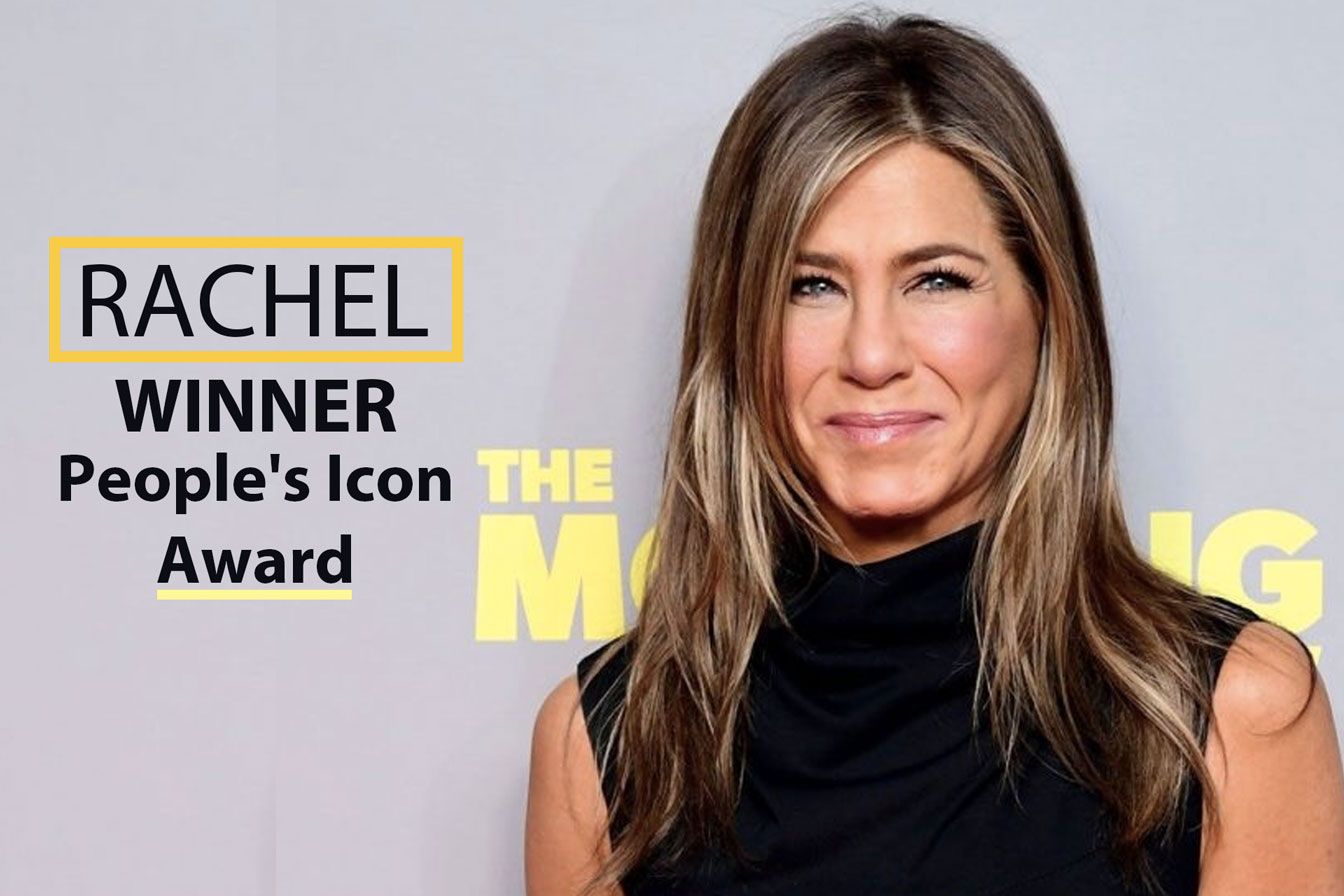 On November 10 2019, the E! People’s Choice Award was hosted and the People’s Icon award was rightfully bestowed to Jennifer Aniston aka Rachel Green, the legendary FRIENDS series character. The seven-time PCA winner received the award from her Murder Mystery co-star Adam Sandler. The 50 year old actress graciously dedicated her award for an icon to the cult show that made her a household name, “If I have any claim to this word ‘icon’, it is only because I was able to do an ‘iconic’ show with an ‘iconic’ cast  and [with] an ‘iconic’ haircut.

FRIENDS first aired on air in September 1994, and it changed the way, people perceived sitcoms forever. This year this cult show is celebrating 25 years, and its popularity has not ebbed even 15 years after it stopped airing. The reruns are still watched, and even streaming media have also caught on to the FRIENDS fever.

The show revolves around the lives of 6 friends series character Monica, Chandler, Ross, Rachel, Joey, and Phoebe. The actors became an overnight sensation, and the naive Rachel, portrayed by Aniston became a fan favorite. Her romance with Ross, played by David Schwimmer, kept audiences guessing for 10 seasons.

Rachel became a fashion icon, and millions of girls world-over flocked to the hairdresser for the now-iconic hairstyle. Aniston won an Emmy and the Golden Globe Award. Her popularity can be measured by her debut Instagram post, which literally broke the internet. She had uploaded a selfie with Mathew Perry, David Schwimmer, Matt Le Blanc, Courteney Cox, and Lisa Kudrow. She had garnered a million followers in 12 seconds- a Guinness World Record.

She has summed it up by saying, “Friends was truly a gift of a lifetime, and I wouldn’t be standing here without that amazing show, without those five other amazing actors, and without an audience that stuck with us for a decade.” Jennifer Aniston has received accolades and appreciation from critics and fans alike for her several performances. Some of the other Jennifer Aniston movies and TV shows include:

Marley and Me, Bruce Almighty, Along Came Molly, Horrible Bosses, We’re The Millers and more

Jen Neal, General Manager, E! News, Live Events and Lifestyle Digital, while announcing Jennifer Aniston as the winner had said, “Jennifer Aniston is a tour de force, who has portrayed some of the most iconic, unforgettable and relatable characters of our time.” She is the second winner of The People’s Icon award after Melissa McCarthy in 2018. Jennifer in her trademark humor said that on learning that she was the winner of the People’s Icon award her first thought was, “Holy shnicks, have I been around that long? It turns out I have.” Whether you are 16, just watching Rachel for the first time, dressed as bride storming into Central Perk looking for Monica, or like me a veteran of the show, who can quote every dialogue- the show will never fail to bring a smile on your face.

Rachel’s character had the maximum growth-from a spoilt, rich girl with the iconic “The Rachel Haircut”, who lived off her father’s credit card, she became an independent single mother. She paved her own path after running away from the alter, she became a waitress, and with sheer perseverance and talent, she found her own footing in the fashion industry working her way from one job to another. Aniston’s character of Rachel was an inspiration to many young girls. In her acceptance speech, she choked on her words while showering her gratitude, “I love you guys. So, thank you for sticking by me!”