Why Is Women's Progress Slow In STEMM Fields? 4 Reasons That Are Holding Girls Back 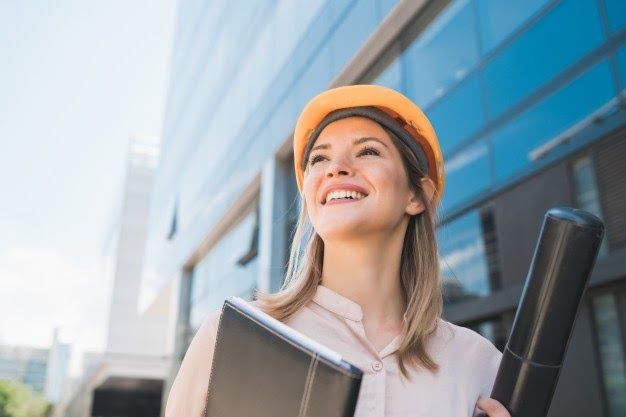 Most of us who come from privileged backgrounds live within a slow progress so do women , do you know why is women's progress slow in STEMM ? We have a general notion that in today’s time, gender equality prevails. However, how much do we actually know about women’s progress in various fields and professions, including STEMM, that is, science, technology, engineering, math, medicine, etc.?

Not much, in general. Women have been the target of all kinds of prejudices throughout the course of history because of their gender identity. They haven’t been able to continue their higher education or move forward with their professional aspirations because of several reasons, including their families. In this article, we’d talk about the factors that affect women’s progress and hinder their success.

53% of the entire world’s bachelor’s and master’s degree holders in STEM, that is, science, technology, engineering, and mathematics are women, according to the UNESCO Science Report: Towards 2030, of 2015. However, just 30% of these women go on to research in their respective fields of study. The others do not engage this particular sector and there’s a major disparity in their participation. What’s the reason for this? Moreover, why are women seen more in the fields of life sciences than in technology and engineering? Read along to find out!

Why Is Women's Progress Slow in STEMM Fields ?

Here are some reasons for why women's progress are slow in STEMM fields:

There’s hardly any woman who’s not faced discrimination even once in their lifetime. Sexism is extremely common in educational institutions and workplaces. However, the intensity seems to be more in the fields of science, technology, engineering, mathematics, and medicine. Right from the time girls begin to grow up, they are discriminated against by their elders and are asked to do ‘safe’ jobs, which do not include going to work on-site like construction or in labs with hazardous chemicals.

The primary reason being: a girl might end up spoiling her physical appearance or as some choose to believe become a hindrance or distraction to her male colleagues. Also, no workplace is completely free of discrimination and the safety concern should be a prerogative of the perpetrators and not the “victim”.

Women are not paid as much as their male colleagues simply because it’s assumed that they can never be smart enough, even if they excel in their work. Women are not given the respect they deserve and are not given the right kind of opportunities to showcase their capabilities. Women are often seen to be less competent because they have the ability to borne children. It is very easy to pass a woman for a promotion stating that she won’t be able to shoulder the added responsibilities because she has children.

Last we checked- the men were pretty stuck up with their paternity claims- so why not shoulder equal responsibilities as a mother or be treated equally as the female colleagues. All these reasons are responsible for the lack of women’s progress in STEM fields, all over the world. The only way to fight sexism is by getting women legal assistance and political power. There are laws to protect women’s rights in the workplace. You should protest against unjust sexism whenever you see it happening to you or anybody else in your vicinity.

People choose their careers based on their aptitudes, as well as due to their inspirations. However, due to the lack of representation of women in STEM fields, the women who opt for such jobs end up being sidelined by the male employees who’re more in number.  The lack of proper facilities for women makes this problem worse. With more and more women giving up on their aspirations due to unjust treatment in the science sector, attaining gender equality seems to be far-fetched.

Women should be encouraged to follow their dreams and fight for their rights, instead of letting go of them. Encouragement and participation are the only ways that can make women attain successful positions in these professions.  If more women are part of leadership roles, they can mentor the new joinees and guide them to take on more responsibilities and also create an inclusive work environment.

Much like discrimination based on gender, most women have been subjected to sexual abuse in their workplaces. They have been harassed emotionally and physically by males who hold senior positions. Most of these women fear to open up about their experiences because they fear losing their jobs. This is quite common in STEMM institutions.  The trauma associated with such incidents also foils women progress who often consider quitting their careers and choosing safer ways to earn their living.

The only way to solve this problem is to spread awareness and provide a safe space for women to share their stories. Women’s legal assistance is also extremely important for justice to prevail. This is one of the main reasons why women are held back by their families when they want to work in male-dominated sectors, especially when they have to stay away from their homes.

More often than not, women themselves don’t want to go ahead with their initial education and career plans. This is because they are internally conditioned into believing that they are not good enough in what they do. The self-doubt and taboo are passed on to them by their elders who believe in the same. Some women believe that they wouldn’t be able to work as efficiently as men do, and give in to the prevailing patriarchy. They blame themselves for their fate instead of doing something to make a difference.

Thus, one of the most important steps towards women’s progress and manifesting women’s rights is to educate them and make them realize that they deserve to choose their professions, irrespective of all the hindrances that come their way. They should be made aware of all the evils that dwell in workplaces, or otherwise. Having a thorough knowledge about their legal and social rights is also essential to help them in the long run. If women are there to support and uplift one another, there’s nothing that they can’t achieve.

We have talked about some of the most common reasons why women are usually found less in science, technology, engineering, mathematics, and medical professions and what are the ways that can help make things better.

Since the disparity has existed for a long time, bridging the gap would also take some time. You shouldn’t ever be afraid to pursue your dreams because of external factors. Women’s progress can only happen when women come together to fight for their rights and take necessary actions to accomplish the same. The battle is going to be long and arduous but always remember that if you want to bring about change, you have to be that change.

Related: Hillary Clinton Stunned Over Objectification Of Women In Workplace