Hillary Clinton Stunned Over Objectification Of Women In Workplace 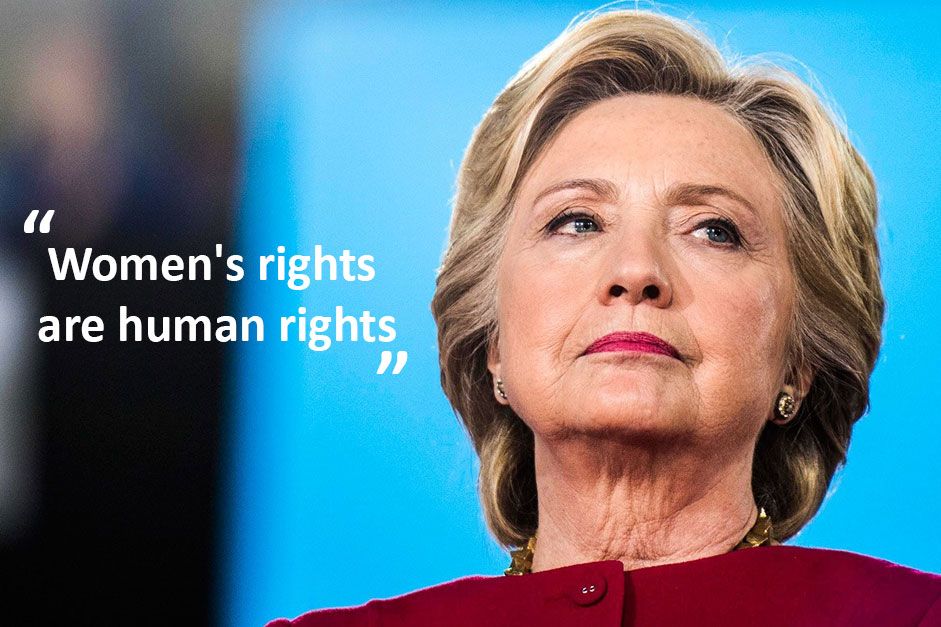 Sexist attitude towards women has always been something that never leaves their side. It clings, creeps the feminine sleeves and feeds over the patriarchal carcass! Recently, Hillary Clinton, the former presidential candidate and also the First Lady, was seen having a word on how sexist attitude affects the girls and women negatively. The above-mentioned discussion took place in King’s College London where a New World Questions Events series was being conducted. The discussion also included former Australian Prime Minister Julia Gillard.

Earlier too Clinton rose her voice against the same by giving her renowned speech -‘Women’s rights are human rights’. This famous speech was vocalized by her in  1995 at Beijing in the United Nations forum. In the discussion, Clinton also talked about how the legal shackles have been removed off women’s toes, but the society still talks about the law of the land, about how things should be considered appropriate and vice-versa. The lady was stated saying-” There’s a bit of push back going on in some parts of the world right now. “ She said this with reference to the aggravated working conditions of women!

Clinton was extremely critical of the idea of Japan wanting their women citizens to wear heels at the workplace to look attractive!! Moreover, last week saw another patriarchal step by Japan in which it stopped its females at the workplace from wearing spectacles. And all of this just because retailers said that women with glasses appear ‘cold-impressioned’ to customers. Clinton was quoted as saying-“So despite the legal progress, there continues to be some push back, and it is a bit stunning.”

It’s an open card that women employees are employed owing to the looks they have, whereas men are employed based on how they choose to present themselves. Also, enough narratives have been provided on how women should stay happy and cheerful at the workplace while an assertive behavior on men’s end is more than enough for them to survive the corporate realm! Also, in the discussion, Clinton said that -” This is 2019! I think you can be both cheerful and assertive “, to which the King’s College gathering giggled out loud!!!

Further, the bold lady put out that-“So we will still face a lot of these deeply embedded attitudes that are then internalized by girls and women, which often act as artificial barriers for a lot of women’s aspirations and the larger society’s expectations”. After much of this, the discussion with Gillard contained questions about how easy or tough it was for them to ensure their safety as women as well as politicians! Discussing the same, they expressed how tough it was for them to deal with the death threats they received in virtual and real society. They also talked about how social media is a boon and a bane both when someone rises to such fame.

At one point, it acts as your assistant to bring voters whereas the other way it brings you haters and Miscommunicators! The presidential candidate also explained how serious these death threats are for them. And lately, they have started taking it more seriously owing to the murder of Jo Cox by extreme right-winger Thomas Mair in the year 2016. Such things seem to be unreal, but at a point, they turn out to be real and devastate you. And you helplessly keep watching how the society chooses to shut you up and your revolutionary feminism. So, a woman is always under stringent scrutiny, not as a politician but as a revolutionary. The society fears how one step ahead may take the suppressive society zillion steps back!

Also Read: Why Is Women's Progress Slow In STEMM Fields?