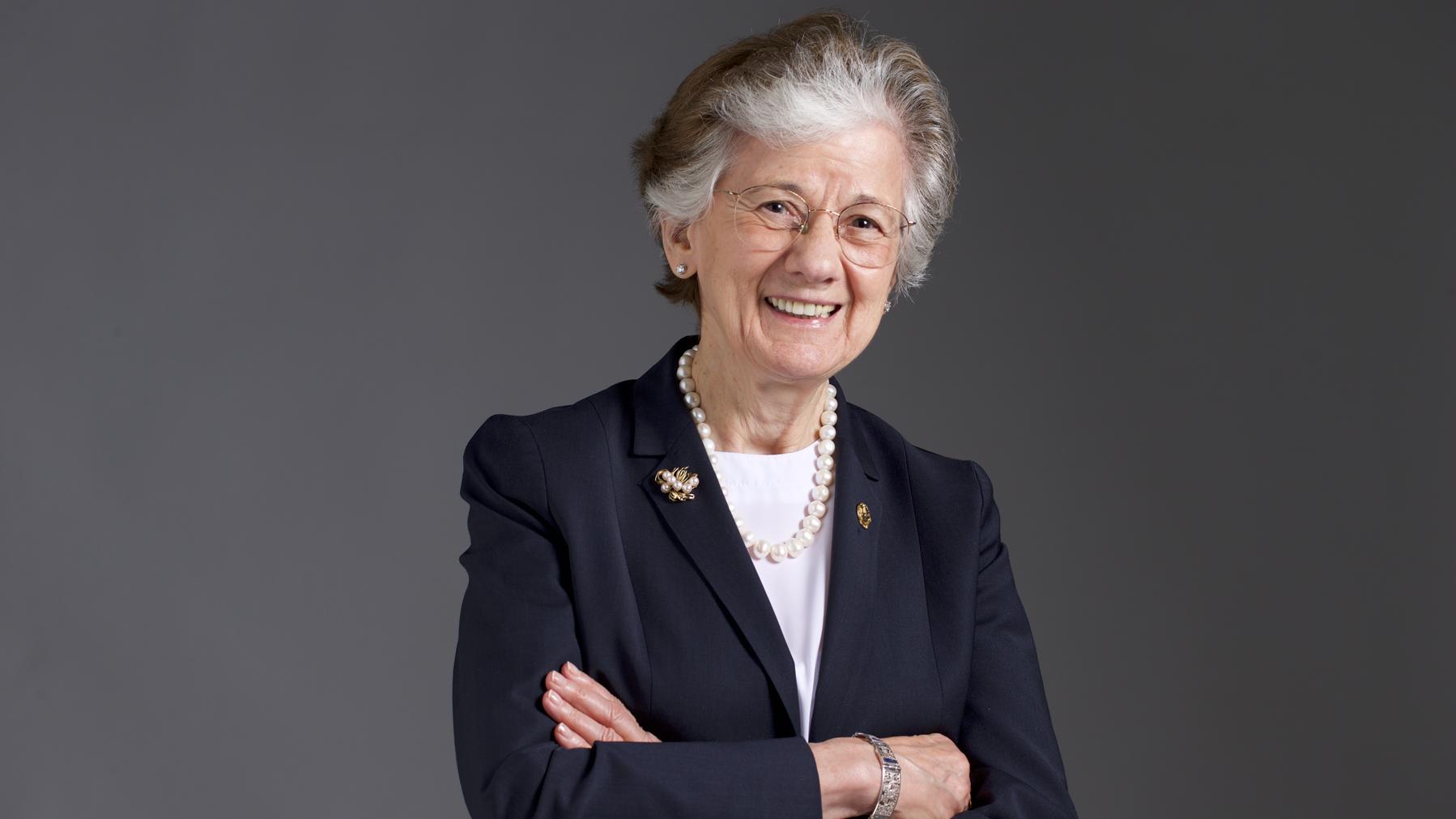 Science has revolutionized our lives so much that the things we use today would be unimaginable for people who lived on our planet only decades ago. This is because of all those people who have dedicated their lives to science. Amongst these geniuses, we also have many women to be proud of. They are steering the future of women in science and creating their identity in a field that was, not very long ago, dominated by men.

When people were not even thinking of ‘what is the future of women in science ‘ because of the supposed incompetency of women, these women stood out to show that everything is possible if you set your mind to it. One of such geniuses is Rita Colwell, an American microbiologist who dedicated her life to science.

Rita Colwell & Steering The Future of Women in Science

Born to Louise and Louis Rossi on 23rd November 1934, Rita was the seventh child in the family. Her family had no background in science. But Rita from her early life showed a spark of brilliance. So much that she topped the IQ test held in her school with flying colors; at that time, her principal had called her in and told her that she must go to college.

But this was the time when gender prejudice was prevalent, and sending women for higher education was considered a waste of money. Many of Rita’s family members frowned at the decision of sending her to college as well. But her father supported young Rita’s ambitions. Little did they know that sending her to college would be steering the future of women in science in the form of Rita Colwell.

Read about: Why Is Women’s Progress Slow In STEMM Fields?

But just making the decision wasn’t enough. There were so many roadblocked to overcome and yet so many prejudices to be shattered. Many of Rita’s teachers in high school refused to write any letters of recommendation for her despite her being brilliant.

Because what fun would it be to waste college-level science education on a woman as there was no future for a woman in science. However, she was accepted to several great colleges, one of them being Purdue, where she eventually pursued her education. The administration at Purdue didn’t overlook Rita’s talent because of her gender and also gave her a full scholarship.

She started her journey at Purdue as a chemistry student but had a lot of discouragement from her classmates. This went on till she found a bacteriology class of Dorothy May Powelson. Powelson was the microbiology teacher and helped all curious minds without biasing them over their gender. This was where Rossi saw her love for science bloom again, thereby steering the future of women in science.

But even then, her path had many obstructions. Professor Henry Koffler straight up told Colwell that the department wouldn’t award her a fellowship because she’s a woman. He also told her that the only degree she could get was the maternity ward of a hospital. This might have broken her, but this didn’t crush her spirits. She then finished a Master’s thesis in Alan Burdick’s Drosophila lab as a research assistant. Here, she gained even more insight into the genetic analysis and fell more in love with science.

Rita Colwell played a significant role in steering the future of women in science. So much so that her co-workers had said that she not only helped us to anticipate bacterial attacks but also went on the journey to free science from any gender prejudices. Her study of global infectious diseases that spread through water and their impact on global health gave Rita much deserved recognition. She helped people pay attention to the new infectious diseases that emerged due to drinking water or bathing water and how it affected our planet.

She played a significant role in Cholera research. Before her, it was assumed that cholera could never be dormant therefore suggesting that it cant be eradicated. However, through 2 decades of research, Colwell found out that in unfavorable conditions, even cholera could lay dormant. This has helped evolve scientists into finding out functional methods to stop the spread of cholera in the world.

Rita Colwell has successfully become one of those women who laughed in the faces of those who questioned ‘what is the future of women in science ’ and never let their discouragement crush her spirit. She is a professor at the University of Maryland at College Park and also at Johns Hopkins Bloomberg School of Public Health. Colwell also founded the company CosmosID. Here, she is serving as the Global Science Officer and is also the Chairman of the board.

Her company is trying to ensure that the world becomes a healthy and safe place to be in. She has constantly focused on finding different microbial activities in the various ecosystems. Using this information, the company can efficiently use preventive measures and therapies to ensure that the people living in that area are at least at risk.

Rita Colwell is a woman who shunned all gender disparities and rose beyond them all. She is a woman who has lived her life and given so much to society from the contributions that people in the coming generations will look up to her. As a woman, she has constantly been steering the future of women in science. While many people tried to block her way of success, there were only a few who supported her along the way. This conveys a lot about the gender disparity that has been the biggest roadblock that stops women from achieving what they’re capable of.

But the story of Rita Colwell, like many other such women, shows us that we need to fight back and continue giving out best. We must not stop when people question our capabilities or our future. Many people would’ve made fun of her, too, questioned as to ‘what is the future of women in science ’. But Rita only showed them what the future of women in science is. And this is what should keep you going.

Also Read: Meet The Lady Of The Engine Room