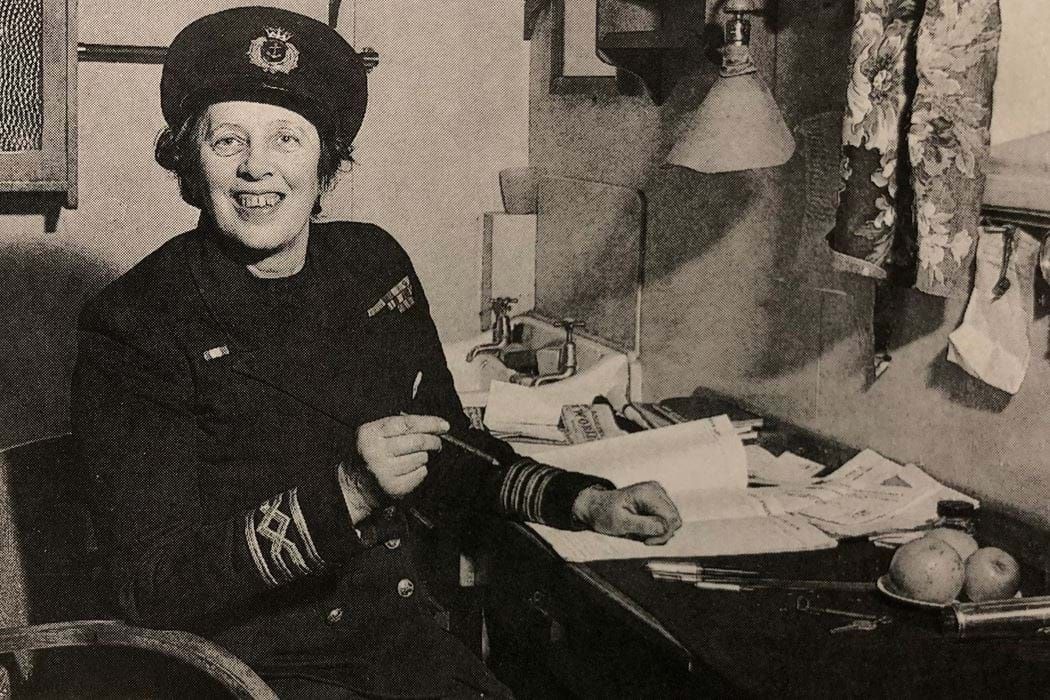 The women who have created history often inspire us and reignite our fire to do something big. To see someone rise in an era when women didn’t get much recognition or support to pursue their dreams, it is indeed heartwarming to find someone who pursued theirs and left their mark on this world.

This is why it is very important to celebrate women like these. Women who constantly give us strength and prove that nothing can stop us from becoming who we desire to be. One of such great women includes ‘the Lady of the Engine Room’, Victoria Drummond. She was the first woman marine of Britain and was recognized by the woman marine association. And today is one of the most celebrated women around the world.

The Early Life of the First Woman Marine

Victoria Alexandrina Drummond was born on 14th October in the year 1894 at the Megginch Castle, a place near Errol. Drummond’s father was Captain Malcolm Drummond of Megginch. Her father was the groom-in-waiting to Queen Victoria and had served his country by being the vehicle mechanic in Perth at the Northern Garage during world war 1.

Victoria Drummond was named after Queen Victoria, the ruler of Britain at the time, who later also became Drummond’s godmother. The beginning in the life of the lady of the engine room was not like the rest of the women. Her parents were of the thought that Victoria must be taught practical things. So she grew making her toys and learning practical skills, which she was good at. She also won many regional competitions doing so. This sparked her interest in engineering.

How the Journey of ‘The Lady of the Engine Room’ Began?

Victoria Drummond first began her journey in 1918. In this year, she worked as an apprentice at the Caledon Ship Works in Dundee. By September in 1922, she had sailed as the tenth engineer on the vessel of the Blue Funnel Line- SS Anchises.

Read about: CEO Of Squared Away Creating Opportunities For Military Spouse

During this trip on SS Anchises, she made 4 round trips to Australia and 1 trip to China. She left the Blue Funnel Line soon after. However, it became very difficult for her to find an engineering position for herself after leaving the Blue Funnel Line.

Because this was the time of depression in Britain. And the fact that she was a woman added fuel to the fire. Hit by both depression and prejudice, Drummond failed the Chief Engineer’s Examination about 37 times. But she never gave up and kept going. She tried to find odd jobs to support her family because she didn’t know how she could go back to the sea. She needed to find some sustainable source of income to feed her family back home. However, it was not until the outbreak of the second world war that Victoria Drummond found herself at sea again.

The War that Changed Everything: WW2

In August 1940, during world war 2, Drummond served as an Air Raid Warden in London. This was before she had gained an engineer’s position on SS Bonita at Southampton. When she was crossing the Atlantic for the first time, her ship was attacked by a German bomber. With solely in charge of the command of the engine room, it was the first woman marine that kept the ship going during the attack.

When the ship finally arrived in the United States of America, Drummond was considered a heroine and was awarded the Lloyds War Medal for Bravery at Sea and the MBE. After this, Drummond served on many merchant ships for about 5 years. During this time, she sailed in many parts of the world. This woman marine corps officer was also on the convoys that went through the Atlantic to Murmansk before taking part in the D Day landings.

Retirement of The Lady of The Engine Room

The woman marine corps officer retired in March 1962. After this, she began living with her 2 sisters. She judiciously attended the annual meetings of the Institute of Marine Engineers as a recognized member of the woman marine association.

It was during this time that the first woman marine began writing her life story. As she got weaker and became more dependent on others due to her age, she broke her leg in 1974 after falling out of bed. She was admitted to a hospital. After a few days, her sisters were also admitted to the same place where they died after 2 days. This broke Victoria Drummond deeply. She was then discharged to a nursing home run by the church in East Sussex. This honored member of the woman marine association and the pride of Britain passed away on Christmas Day in 1978. She was buried at Megginch Castle right beside her sister and her parents.

The woman marine corps officer had a career stretching over 40 years. During this time, she had made as many as 49 ocean voyages. She underwent all hardships and came out strong. Even after being subjected to gender prejudice, she persevered and is now remembered by us as the engine room lady.

She had become a part of the engine room crew when women were considered fragile. Even her superiors would demean her because of her gender. However, she garnered love and support from her fellow officers and got much-deserved loyalty from the crewmen.

Stories like these show us how far we’ve come and shown us all the people who brought us this far. Victoria Drummond- the lady of the engine room- should always be remembered for her valor and perseverance that showed the world that women can do it too.