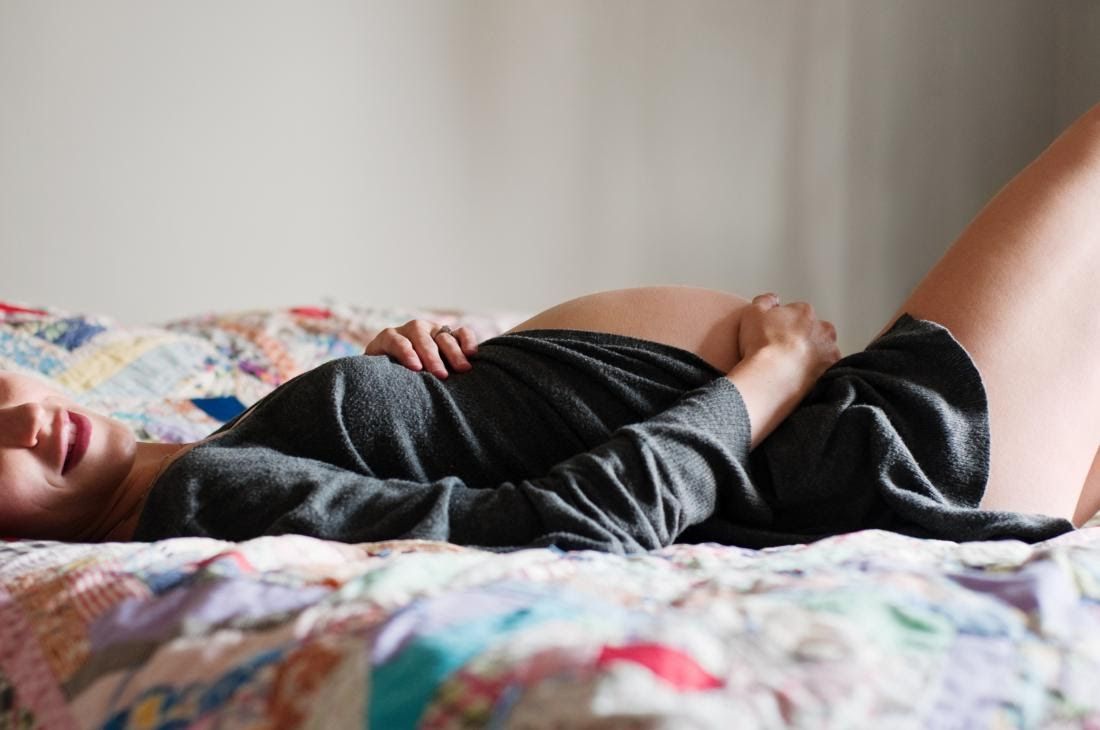 If you’re someone who’s into using props and sex toys, don’t forget to clean and sanitize them before you use them on your intimate parts. You wouldn’t want germs and bacteria to enter your vagina. This is true every time you use them and not just during your pregnancy, but, during this time, the vagina is more sensitive and prone to infections, than it otherwise is.

Pregnant woman sleeping on the bed

Read More: Exercise To Do In Pregnancy

Pretty young pregnant woman laying in the bed. This may refer to temporary abstinence or might continue for the entire pregnancy period, depending on the condition. Some of these conditions are the following.

1. Premature Rupture of the Membranes

Infections make the process of pregnancy way more laborious and painful than it already is. Germs may attack the fetus or the placenta and lead to birth-related ailments.

The cervix is usually supposed to be firm and in place during pregnancy. However, if you have an incompetent and weakened cervix, you would face complications like premature childbirth or a miscarriage. This is also known as cervical insufficiency and is caused due to weak cervical tissues.

This happens when the fetus does not grow, as much as it should, in the gestation period. This is also known as Intrauterine growth restrictions.