Know About The Taboos That Come Along With Abortion Pills 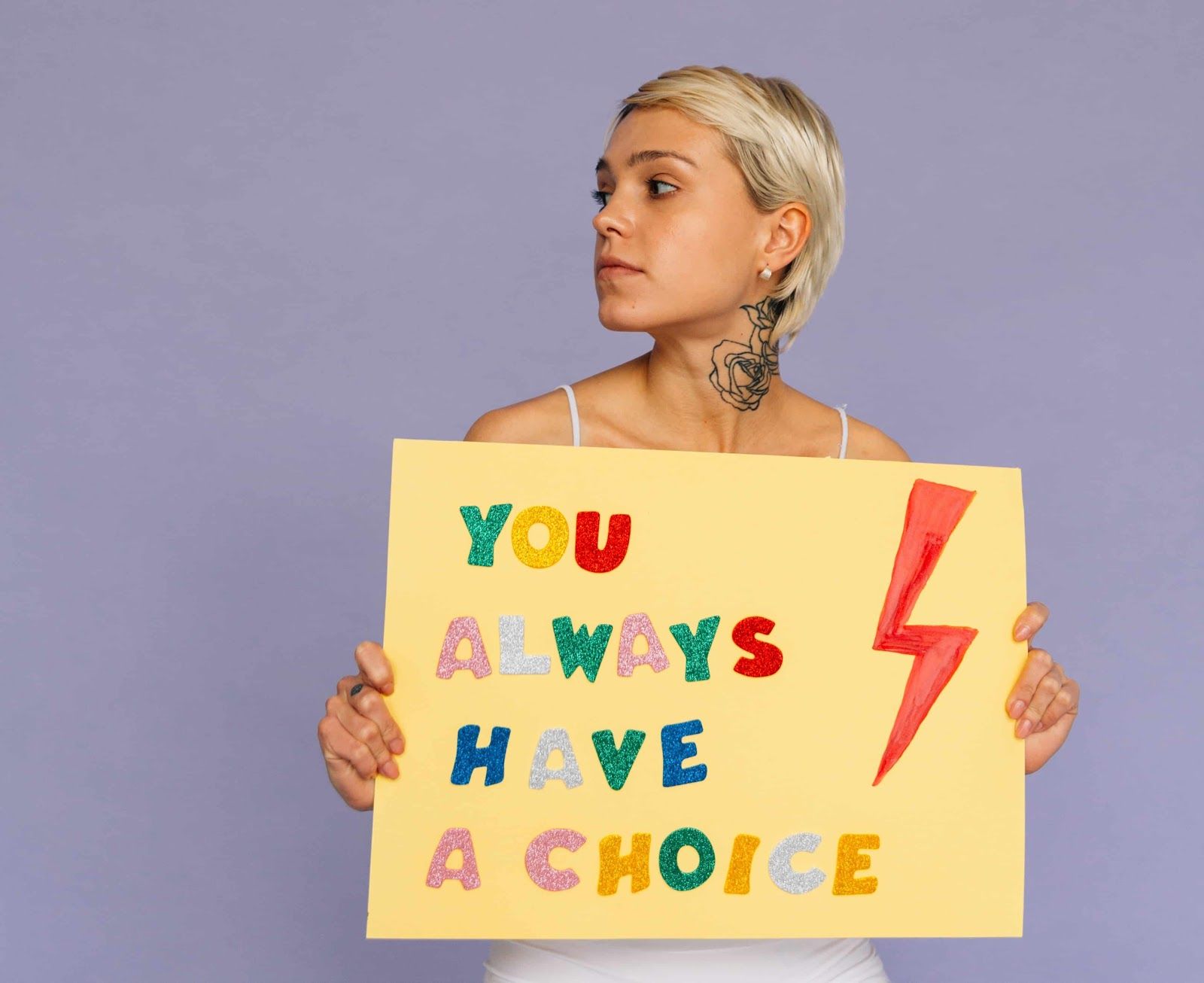 When it comes to the female body, society loves to exercise extra-control and restriction. From trying to dictate clothing choices to claiming authority over personal decisions, females have to go through a lot of obstructions in their life.

From a very young age, they are conditioned to be subdued and submissive, always put under the dominance of another, seldom allowed to truly listen to their own voice. And when they do raise their voice, people roll their eyes and spit out ‘feminist’ like it is an insult.

In this article, we are going to focus on one such area where female rights are often ignored: abortion.

The Stigma of Abortion

There is a lot of stigma regarding personal decisions related to the female body, especially reproductive health. From taboos over losing virginity to not wanting children, there is judgment waiting at every corner. One such taboo is that of getting an abortion i.e. choosing to terminate a pregnancy for certain reasons.

A lot of people consider this to be a sin or moral wrongdoing. In fact, the act of abortion is not even legal in many countries, and females are forced to keep children, even in cases where the pregnancy is a result of sexual abuse. It is terrible to see the absolute inhumane control that is executed over the female sex, just because society deems their role to be low and of child-bearing.

If you are someone who has had an abortion before or are planning to have one, we want to tell you that it is completely your decision. Other than the cases where abortion is forced or comes in the form of female foeticide, abortion is not morally wrong. After all, who would choose to go through such a procedure for fun?

There are so many precautions that are taken, such as condoms, birth pills, etc. to try and prevent unwanted pregnancy. Yet, none of these are foolproof, and sometimes, accidents happen no matter how much you try to stop them.

If you are not in the mental or financial condition to raise a child, it is better to not have one at all. After all, raising a child means raising life and such a decision should not be taken out of force or obligation.

In so many cases where a couple or person has a child without being ready, the child ends up suffering, not being given the proper care they deserve. Such cases can also harm the parent’s mental health. Thus, in the longer run, getting an abortion could help prevent many worse scenarios.

There are several ways to get an abortion and a decision is only taken after consulting a medical practitioner. Some choose to do it surgically, while others go for abortion pills. Today, we are going to discuss the latter by telling you about the basics of abortion pills and how they work.

Before reading, keep in mind that this is just general information and any decision should only be taken after consulting your doctor.

What are Abortion Pills?

An abortion pill, also known as a medical abortion, is a collective name for a pregnancy-terminating treatment which consists of consuming two medications. The first medication is a pill called mifepristone, while the other is medication named misoprostol.

Medical abortion is usually done during early pregnancy and the chances of the pill working are highest the sooner it is taken. For later weeks, such as 10-11 weeks pregnant, an extra dose of medication and extra monitoring may be required, as per your doctor’s instructions.

For later weeks, surgical abortion may be chosen, only if your doctor thinks late-term abortion is safe enough.

The very first thing you would have to do is meet up with your doctor and have some tests done. Your doctor will determine how far into your pregnancy you are; so that the safest procedure can be chosen.

Lab tests will be done and you will be given your pills if everything else is normal, Your doctor will give you proper instructions about how to take the pills. You will be given access to a number which you can call anytime for queries.

Your doctor will tell you what all you have to prepare for the actual process. You will experience a lot of bleeding and cramping during the second half of medical abortion, so it is good to stock up on comfort items and maxi pads.

If you have been allowed to take the abortion medication at home or any place of your choice, it is good to be within distance of the hospital so you can rush if you need to. It is also good to have someone there with you for support or to take you to the doctor if needed.

Remember to also ask your doctor about which pain medication is safe for you to take because certain medicines like aspirin tend to worsen bleeding. Your doctor may also give you antibiotics to prevent any risk of infection.

How do Abortion Pills Work?

Now, onto the actual abortion procedure. As mentioned before, your doctor will give you two pills with instructions. When and where you take the abortion pills depends on factors such as the laws, doctor’s opinion, etc.

The first pill you take is called mifepristone. This medication works to block the body’s progesterone, which in turn stops the pregnancy from growing. Some people have reported feeling nauseous or experiencing bleeding after taking mifepristone, but this is rare. In case you experience any side-effects, call your doctor immediately to inform them of the same.

The second medicine is called misoprostol and it may be taken right after the first pill or anytime up to 48 hours later. Your doctor will give you instructions as to when you have to take this second pill. Misoprostol causes cramping and bleeding because it works towards emptying the uterus. This puts your body through a process that is similar to an early miscarriage.

These symptoms usually start after 1 to 4 hours of taking misoprostol, resulting in the release of tissue clumps or even large blood clots up to the size of a lemon. Though a lot of people finish passing all the tissue in a few hours, cramping and bleeding can last on and off for around a day or two more.

In case you don’t experience any bleeding within 24 hours of consuming misoprostol, call your doctor immediately.

The final part of a medical abortion procedure is to confirm if it has worked by either having an appointment with your doctor or doing an at-home pregnancy test, depending on your doctor’s instructions.

Abortion pills are relatively safe and have been used successfully many times. However, like with all medications, there is always a chance of complications, even if it is rare.

Here are certain warning signs that you should look out for:

While getting chills or a mild fever of 99-100°F on the day you take misoprostol medication is fine, if this fever lasts or happens 24 hours after, go and call your doctor immediately,

Ultimately, even if the procedure works in most cases, certain complications may arise, such as the pregnancy not getting terminated, acquiring an infection, or the person experiencing an allergic reaction, etc.

However, your doctor will always do their best to prevent such a scenario so as long as you are with a trusted medical practitioner, follow their instructions to get the safest possible outcome.

So, is a medical abortion better than a surgical one? Well, there is no fixed answer because it depends on many factors.

For example, some people prefer going for a surgical or clinical abortion because they can finish the procedure quickly and with confirmed results. Medical abortion takes much longer in comparison and in some rare cases, it may not be successful.

On the other hand, medical abortion can be done in the comfort of your home or any place of choice, as long as the doctor has given you a clear. Many people might choose this route if they prefer to be in a known place surrounded by known things.

Many who fear hospitals may find the abortion pill procedure “less invasive” and fear-inducing.

In some cases, the decision might be taken based on which pregnancy week you are in. For cases later than 11 weeks, usually, a surgical abortion is done.

Deciding What is Comfortable for Your Body

Ultimately, you always have the final say when it comes to your body. If you want to get an abortion, that is okay. If you would rather keep the pregnancy, that is okay too. Wanting a child is not shameful and neither is not wanting one.

And, if you aren’t sure yet, you can take the time to decide by talking to both your loved ones and your medical practitioner.

No matter how much of a taboo abortion is in our society, always remember to consult a proper medical practitioner. Do not do anything yourself and always, always go to a doctor, be it for surgical abortion or a medical one.

The most important part is for you to understand that this is your body and you get to decide what is and isn’t comfortable for it. There is no obligation you have towards society’s perspective of your biological sex. Instead, what you need to do is focus on yourself and make your own decision.

The most important thing is for you to become aware of your bodily rights and exercise them in the way you want. After all, the fight for feminism has always been about making women their own persons. Once that happens completely, everything else will simply follow right after.

Also Read- Abortion: Everything That You Need To Know About It