Is There An Ideal Age To Get Married? 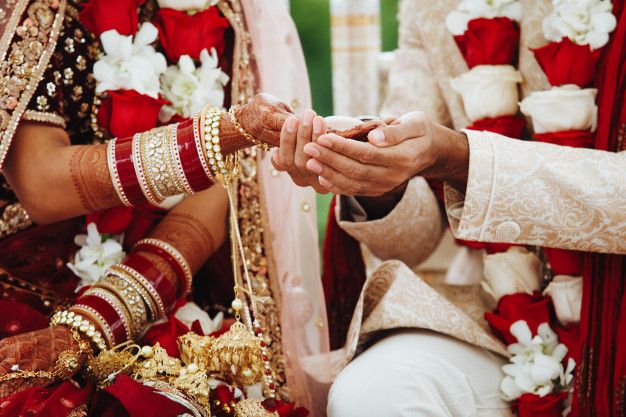 The journey of our lives is quite like that of climbing a ladder , do you know the ideal age to get married ? After taking one step, we are expected to take the next one. The Indian marriage tradition is one that essentially expects an individual to get married and settle with their family soon after they become an adult. For some people, it’s right after the completion of one’s education while for others, it’s the beginning of their professional life. Can the number of candles determine whether someone is ready to get married or not?

People argue that the ideal age to get married is the legal age that has been determined by the government, which is usually done on the basis of physical growth and development. However, is that the only parameter important for a marriage to happen? With time, things have progressed a lot, as far as the general scenario of marriages are concerned. Young age marriages are not prevalent anymore. But, there are certain places in India and other countries which still treat such marriages to be holy.

If you want to know more, read along!

Factors that Should Determine The Ideal Age to Get Married

Various factors for determining the ideal age to get married are given below:

While you discuss the best age to get married, you should pay attention to one’s physical capabilities at the time of their marriage. One shouldn’t be too young or too old. The body functions become weaker and with age, consummation may not be as smooth as it’s supposed to be.

Similarly, if you get married too early, you’ll not be ready for an intimate, physical relationship. The best age to get married according to science is when one’s body is capable of performing sexual intercourse and reproducing offspring.

Women who’re older than 35 years are known to have lower egg quality. Though giving birth to children is extremely important for most married couples, some people might feel that the ideal age to get married is after 35 years because they do not prioritize having children. They simply want to start a new life with their partners.

Maturity and stability are important requirements for marital bliss. Being married comes with a number of challenges, from navigating the in-laws and extended families, and if you are an Indian- the never-ending number of rituals that every daughter-in-law is expected to perform.

Thus, maturity plays an important role in deciding the ideal age to get married. Someone who is too young, might not have that seriousness or outlook towards life. They have a lot of other things that might capture their interest- whether it is higher education, a fulfilling career or even enjoying singlehood.

Being bogged down by responsibilities that are not desired or wanted can ultimately prove to be disastrous to the couple and even their future children.

In the current economic times, individuals want to lead a life of luxury but with increasing expenses, it not only gets difficult to make ends meet but might also lead to a feeling of discontent. Today’s social structure lacks the system of joint families where when times were strife, everyone pitched in. In a nuclear setting, one is often burdened with loans, expenses pertaining to a child, as well as lifestyle frills like travels, dining out, and others. (remember, how frugal our parents were).

So, it is desirable if both partners in a marriage are earning, this also helps women to retain their individuality. Thus, the “ideal age” to be married also depends on your bank balance. Also, couples these days want to pay for their wedding and not put the entire burden on their ageing parents.

Factors that should not determine the ideal age to get married

While certain things need to be considered before finalizing the best age to get married, other factors have no relevance and should be neglected at all costs.

Marriages are often seen as a rite of passage to becoming an “adult” and a failure to get married before your peers, often draws questioning glances from “well-wishers” and society at large, especially in context to a woman.

Many youngsters are often coerced into marriage because it is the wish of the family. Get married only when you feel right and with a man that gives you the right vibes. Sometimes, marriages are also done to strengthen the social standing of a family- cummon girls, we are living in 2021 and not the Elizabethan era.

Read about: How To Make Your Rishta Meeting Awesome

So, don’t succumb to undue social prejudice- and the ticking of the imaginary “Biological clock”

In a country like India, which is rife with strong religious sentiments, something as monumental as marriages are governed solely around it. Most families and communities plan weddings according to their beliefs, even if they’re flawed. With the stars calling the shots, matches are often cancelled and hearts are broken due to the blindsided beliefs. Yes, marriage is a sacred commitment- but it should be liberating and not toxic!

We have mentioned some of the major factors that determine the ideal age to get married. While some of them are progressive, some are unjust and meaningless. Marriages, especially in India are a big fat affair and include several nuances that need to be catered to.

However, the most important part of a marriage is whether the two people are happy with each other or not. That is the primary concern. If those two people stand up for each other and stay together, no matter what, everything would become easier. The ideal age to get married would always depend on you. You and your partner should be the only people with the right to make decisions concerning your wedding.  Age is a number and let it not decide affect your wedding plans.

Related: Cost of Being Married Versus Being Single