The Cost of Being Married Versus Being Single 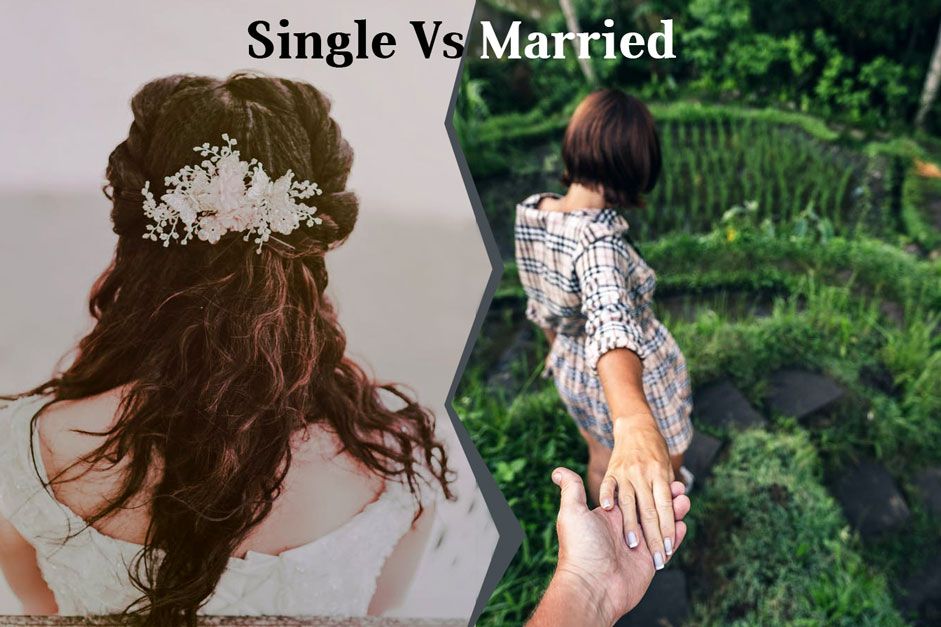 Are women who are single happier than the ones with the husband?

Everyone seems to love to tell women what to do. May it be the parents before marriage or husband after it. Over the past 30 years, marriage is more of a social choice than a necessity. Before the question, who to marry arises, the question of whether wanting to get married or not comes up. As per society grounds, marriage makes a single person happier. But, relying on marriage to bring you happiness may be a risky gamble. Nevertheless, psychologists have pointed to marriage as a single most reliable indicator of happiness across nations, statistics have proved that marriage brings more happiness than career, community or money.

But in the same dictionary that defines marriage to be a bliss has words like ‘bachelor, ‘spinster’ and ‘divorce’. Researches do indicate that married couples are happier than loners. There are other studies which show singles to be the healthiest. Those who get married and then end up in divorce are found to be less happy than they were when they were single. Getting married is no royal road to longevity, either.

Lifelong single people do better than married people in very minor but notable ways, For instance, singles pay more effort in maintaining their ties to friends, siblings, parents, neighbors, and co-workers than married people do. They experience more autonomy and self-determination, and more personal growth and development. As an advantage, single people don’t have to pay for bills and expenses other than their own, but sometimes it is bad because they have to bear it all by themselves.

Companionship is the first difference between single and married life. Single people would spend their time mostly by themselves, without having to share how they have been during in a day or how they have been feeling. In a marriage, all the life decisions involve both people in the relationship, making difficult things easier to bear. They make plans for the long term. Married couples have the support of their partners in all the regular expenses such as clothes, rent, and food. Singles have more time to go out with friends and socialize while married people have to plan each thing because their schedule is complicated.

No ‘one’ side is the winner (Married Versus Single)

Getting married and having kids require a great deal of commitment both financially and time-wise. When you take away these commitments, a person is allowed to focus solely on what is in their best interest. The choice to take additional risk is typically easier because they must only consider the well being of themselves. Knowing you have a spouse on your team for richer or poorer and will always be in your corner is something you can’t put a price tag on.

Then if you are fortunate to have children, the feeling of coming home to them is an inexplicable feeling. It provides such a deep purpose and an incredible reason for existence. Family life helps one to keep things in perspective and stress as much. No matter in what business one is in, we are all in people’s business. The better we are with people the better are results. Above all, being a spouse and parent provides a purpose and drive to achieve that cannot be had in any other phase of life.
Clearly, the statute of being single or married is an important decision that changes people’s lives depending on how they prefer to live and how happy they want to be.

Also Read: Is There An Ideal Age To Get Married?