Feminist Library
Is Every Woman A Female: Gender Vs Sex 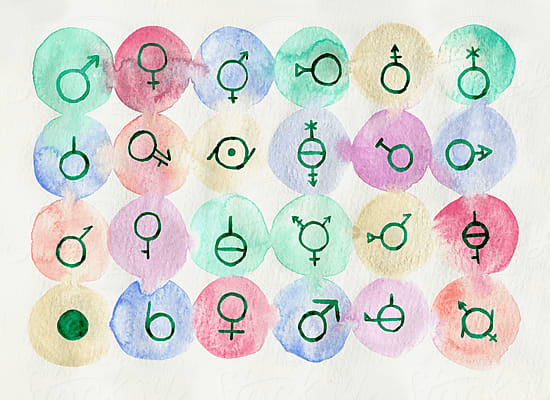 As a result, gender is not to culture as sex is to nature; gender is also the discursive cultural means by which ‘sexed nature’ or ‘a natural sex’ is produced and established as ‘prediscursive,’ before culture, a politically neutral surface on which culture acts.

—Judith Butler, Gender Trouble: Feminism and the Subversion of Identity

To have a better understanding of sexual diversity and gender diversity, we need to first educate ourselves with what sex and gender stand for respectively, how are the two terms differ from each other and most importantly the relationship between sex and gender.

While these two terms are often considered synonymous with each other, it is not truly so. In today’s day and age when the world is attempting to be as inclusive as possible, it is important to understand the difference between sex and gender.

Sex is a medical term that designates a certain combination of physiological characteristics related to the human reproductive system. The sex of a person includes chromosomes, gonads, hormones, genitalia and the secondary sex characteristics like breast tissue and facial hair.

Sex is biological and is generally categorized as one of the binaries: male or female.

Gender is not biological, but a social concept that includes a complex system of identities, expressions, and roles that are usually assigned based on one’s genitalia at birth. The gender that represents a person varies from culture to culture and from person to person. Most people assume that the gender of a person can be predicted at birth based on their assigned sex.

However, while the assumption is true to most cases, it still defies the significance of gender. Moreover, gender does not strictly adhere to the binary masculine and feminine; gender is beyond that.

Both the ‘established’ gender categories carry with them the burden of a set of societal expectations on how they should behave in the world. Gender can be aptly described as a cultural idea that defines the set behaviour of masculinity and femininity only. Anybody who does not adhere or fit into the established idea is termed as ‘queer’. Established cultural ideas are known as gender roles or stereotypes.

How is sex and gender different?

Sex and gender are different concepts that are often misused interchangeably. While sex is biologically defined at birth, gender is a social construct that includes the internal sense of self, whether an individual sees themselves as a man or a woman, or any other gender identity, irrespective of their established sex identity.

Gender encompasses several identities and maybe non-binary, as well. Non-binary is when one does not adhere to both the established masculine or feminine gender.

However, people who do not identify with the corresponding gender with respect to their sexual identity are known as transgender or simply trans. For example, if they possess the female sex organs but identify as male, they are known as a transgender female. The LGBTQIA+ spectrum is quite broad and the ‘T’ in it represents transgender.

Trans as a spectrum may also include people who do not necessarily identify with strict male/female gender roles. However, transgender is different from genderqueer. Genderqueer includes people who refrain from identifying with none of the gender labels.

Is every woman a female? Let’s understand how are sex and gender different.

For gender binary people, their respective pronoun preference can be:

For gender-neutral people, you can use the following pronouns to avoid confusion or embarrassment:

Even today, most of the world’s population recognizes only two kinds of gender. The fact that gender and biological sex is not the same as what most people still refuse to realize. In workplaces, women have always been subdued and anybody who is not biologically male has been overlooked in terms of payment, important workload, and leadership.

The fact that there is a whole world outside of the established manhood and womanhood is still negated and for centuries, transgenders have been denied the equal right to education, job, liberty, and every basic thing that is required to live the life of a human.

Only in the last five years or so that educational institutes have started educating their students and educators about the different genders and pronouns and how to normalize addressing others who are not necessarily she/her or he/him.

Being sensitive is nothing but a simple appreciation of others’ feelings. In the case of gender sensitivity, it is the effort that is required to put to acknowledge the existence of others’ preferred genders. It is necessary because for years from educational institutes to familial values have reinforced certain stereotypes of our genders based on our biological sex. In fact, we are expected to act according to those enforced stereotypes.

However, we as humans are not what we are expected to be, but what we are and how we want to be. Gender sensitivity is not an act of feminism, but it aids in breaking the stereotypes for all: men, women, transgenders, non-binaries, genderqueers, everyone.

To co-exist in a world where everybody is accepted the way they are, we need to converse, discuss, educate and be curious to be educated about the different genders and shatter the gender-roles associated with it.