Annoying Stereotypes About Women: The Need To Stop Generalisation! 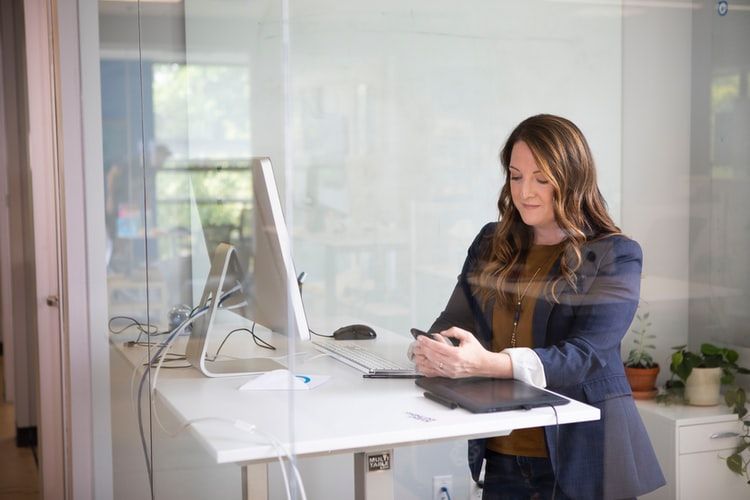 Women have to fend for themselves in every sphere of their lives to prove they can be equally strong and independent as men are. In addition to fighting for equality in all spaces of their lives, they also have to fight off some of the unnecessary labels attached to them. Such stereotypes about women do nothing but create a further division between genders. There is always some narrative attached to the women, even in the most harmless of conversations. Look around and you’ll find how your group of friends might comment about how unfunny women are.

Maybe one of your male colleagues keeps commenting about how you’d have to slow down someday for the sake of your family. Does your brother always choose shades of pink while buying anything for you, well because you’re a woman? See? There are these typical gender stereotypes that follow you around like your shadow. Powerful women aren’t powerful just because they put their heads down and kept grinding in silence. They’re powerful because they broke glass ceilings while also snipping some of these annoying, unwarranted stereotypes attached to women for no good reason.

Here’s a list of stereotypes about women that we are tired of! Let’s get rid of them, already.

Can we clear the record once and for all? Women are not bad drivers! In fact, gender has got nothing to do with driving skills, whatsoever. Someone being good or bad at driving isn’t related to their particular genitals. Just like any other skill, driving skills can be cultivated and anyone can become better at it with consistent practice.

And if the sources are to be believed, according to BankBazaar, women are better drivers than men. Possibly because they have a higher level of tolerance and are more rule-abiding than men are.

2. Women are always involved in catfights

Some of the most supportive friendships that I have ever had were with some very incredible women. Absolutely nobody cheers as loudly as women do for each other. Women relentlessly back each other, boost each other’s confidence and. celebrate each other’s victories like their own.

Women have come together time and again to revolt against the discrimination faced by their gender and to fight for their rights. Powerful women have collectively come together to create a long-lasting, positive impact on the betterment of their gender. So, to create an image that women hate women because they cannot see each other succeed is one of the most toxic gender stereotypes that we need to cancel.

3. The end goal for all women? Marriage and kids

It’s amusing, how women can achieve greatness against all odds and yet they aren’t seen as whole or happy until they are someone’s wife and/or someone’s mother. To reduce an entire gender to just be someone’s something, essentially making them a secondary character in their own lives is such an annoying thing and yet we see it as often as anything.

We need to normalize that women can be career-oriented and not want to marry and/or have kids. And even if they do want to marry and have kids, it doesn’t have to follow a particular timeline created for women! The hypocrisy when it comes to a suitable age for getting married for both men and women is boggling. Why are women supposed to be married by 26 but a man can claim he isn’t in the right space to be married even at 35?

Women aren’t born to be a wife or a mother. They shouldn’t be defined by the relationships they can forge and cater to. The power, vision, and capabilities she holds are immense. They can achieve so much, the possibilities are endless. We just need to stop bugging women to follow social norms if they don’t want to. Career-oriented women can always find a suitable job at Jooble.

That’s false. Men and women are not gifted with different brains which would help one to make better choices but not the other. To imply that women cannot make well-informed decisions just reinforces the idea that they need men to take charge. This particular stereotype about women forces them to take the backseat, allowing men to lead.

Women don’t need men to explain things to them. They don’t need to rely on men to take important decisions about their life or career. Given all the facts and figures, they are just as capable and quick to make decisions as men are.

This particular stereotype about women is almost laughable if it wasn’t so ridiculous. Why is it hard for men to accept and admit that women can enjoy watching sports just as much as them? Women out here aren’t watching cricket just because Virat Kohli is handsome. They don’t follow football because Messi is attractive.

Women watch sports because it’s just as entertaining for them as for men. It’s not a hard concept to follow, is it? It’s not like women are built differently and cannot process anything beyond going gaga over some certain players! This is also the reason why women in the field of sports are not equally respected and looked up to as their male counterparts. Their matches don’t garner as much fanfare as the rest, simply because the idea of women in sports doesn’t go down well with so many people.

This particular gender stereotype makes every woman want to scream endlessly in a void. The idea that women are weak, when their gender bleeds seven days every month and give birth which is so excruciatingly painful, is so crazy. Just because men are more buffed up and can sometimes open a tightly closed jar doesn’t mean women are comparatively weak. Can we seriously stop driving this narrative any forward now?

While stereotypes are not always negative, even the positive ones do not serve a greater good. Gender stereotypes just present a group of people as a simplistic, dummy version of themselves which is barely true, if ever. Everybody is so different that we cannot confine them to particular boxes, whatsoever. We need to do better and ensure the erasure of such stereotypes against women because they are a lot more than just some petty labels.

And all of it begins at home, right from the birth of the child. Scrap the idea that everything boy related should be blue, don’t go on a spree to buy all pink clothes for your baby girl. Allow your kids to redefine themselves in whatever way they want, allow them to pick their own choice of toys – whether it be Barbie dolls or a box of hot wheels.

Do not reprimand kids when they show feminine or masculine traits as opposed to what you think they should be acting like!

More often than not, we’re all bound with the general standards set by the society which is so deeply entrenched in our minds. We often perpetuate stereotypes without even realizing so. If there’s any way we can eradicate gender stereotypes altogether, it would be when we are more conscious and thoughtful of the things we say and the actions we put out.

Repeat after us: People can be anything they want to be and that’s our super-power. We just need to be and stop worrying about conforming to societal rulebook!