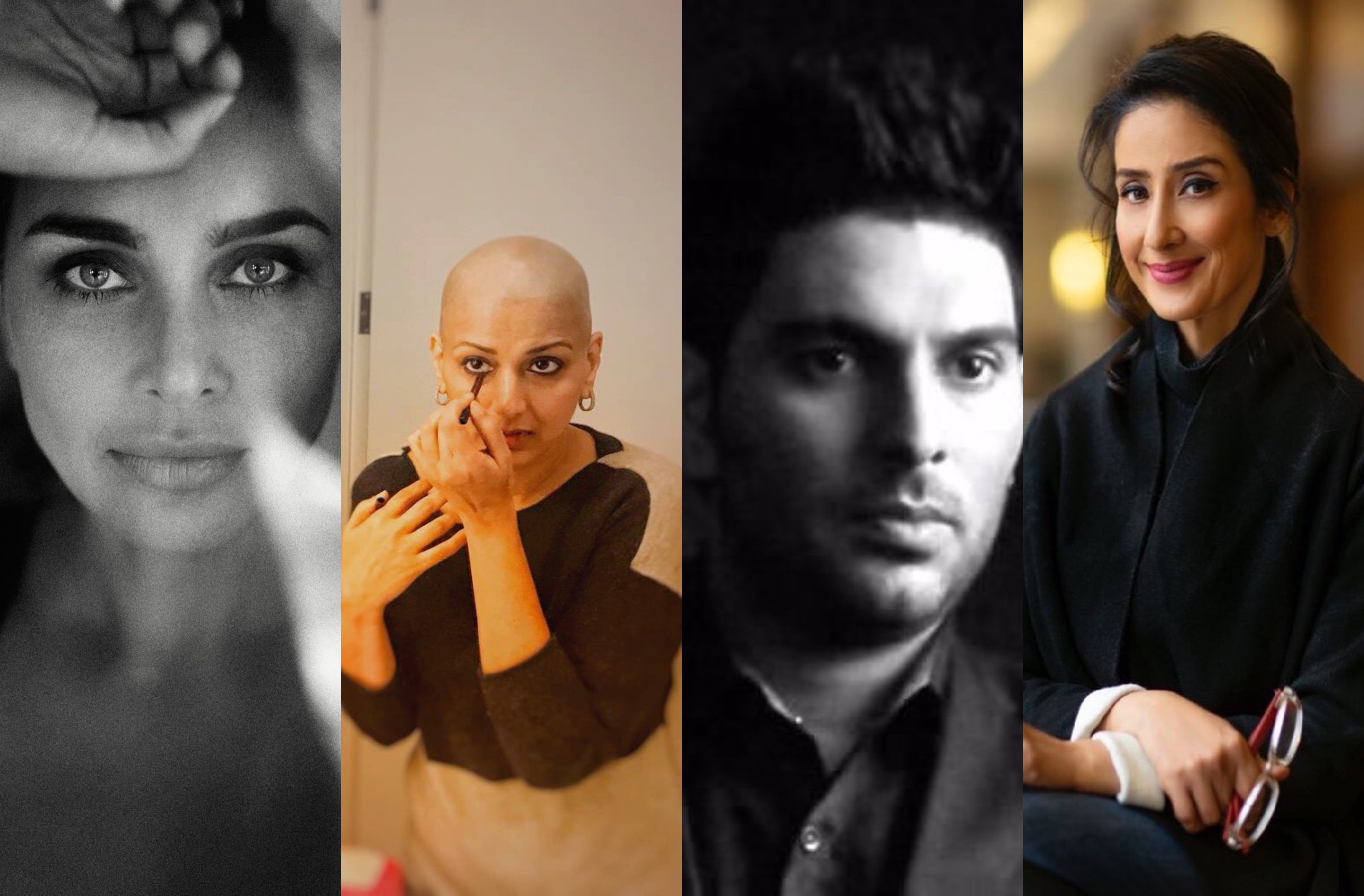 Bollywood often shows us the entertaining and glamorous side of the stars, while we tend to ignore that they suffer from real-life problems in their personal life. These real-life problems range from broken marriages and divorces to health battles like fighting cancer. It is certainly not easy dealing with the pressures of real-life and at the same time, putting up a performance for an audience. Bollywood actresses should not only be regarded for their glamour and acting skills but also for handling their battles.

Celebrities inspire us to deal with situations with grace, and it’s easy to find uplifting stories from their lives. Over the last decade, the world has noticed a paradigm shift where women have braced the spotlight to tell their stories and voice their opinions.

Here are some Bollywood celebrities who fought with cancer and overcame successfully:

Actress Mahima Chaudhry, known for acclaimed films like Dhadkan, Lajja, Pardes, and others, was recently diagnosed with breast cancer. A routine check-up led her to discover that she had breast cancer. She underwent treatment in the US and has been cancer-free for three-four months now. She revealed her diagnosis in an Instagram video shared by Anupam Kher. She revealed that she has recovered and is doing much better now. She also shared that she was offered several roles in the past few months that she couldn’t go forward with. Now, she is back on the sets and working on a project with Anupam Kher's 525th film 'The Signature'.

Actress Sonali Bendre is best-known as one of the leading ladies of Bollywood in the 90s. In 2018, she was diagnosed with metastatic cancer. Metastatic cancer is one of the most vicious types of cancer that spreads to different parts of the body from where it originally started. Later that year, Sonali Bendre flew to New York to receive intensive treatment for her diagnosis. In New York, her doctors informed her that she only had a 30 percent chance of survival.

Despite her difficult journey, she was able to maintain a positive attitude. She shared pictures of her treatment journey at each stage and gave hope to cancer patients worldwide. After returning to India, Sonali Bendre did not return to her professional world, instead, took time off to be with her family and feel grateful for overcoming the most difficult stage of her life.

Actress, politician, and social activist, Nafisa Ali, best known for ‘Life In A … Metro’ was diagnosed with Peritoneal and Ovarian cancer in 2018. She is one of the few celebrities who was vocal about her struggle with leukoderma which resulted from intensive chemotherapy. Throughout her battle, she was active on her social media handles, updating fans on her progress and inspiring millions to smile through life’s toughest battles. She is now cancer-free.

Veteran celebrity Kirron Kher was diagnosed with multiple myeloma or blood cancer in April 2021. Kirron Kher’s husband, Anupam Kher has taken to Instagram and Twitter to update her fans about her diagnosis and recovery journey. Her treatment is still underway and fans are hoping for a speedy recovery.

Nepalese actress Manisha Koirala was diagnosed with ovarian cancer in 2012. She went to the United States to receive treatment and underwent chemotherapy for several months in a New York hospital. Koirala was unaware of her condition until the day she felt fragile and had to be rushed to see a doctor.

After successfully defeating cancer, Manisha Koirala has been actively interested in spreading cancer awareness and supporting women who have experienced the same. She documented her cancer journey in her autobiography, titled Healed: How Cancer Gave Me A New Life. Her book reveals a new perspective on overcoming difficult situations and how friends and family helped her fight cancer.

She also made her comeback in Bollywood by starring in the movie Maya. Fans were glad to have her back.

Actress Lisa Ray was one of the first Bollywood celebrities to share her cancer story with the world. She was fearless and unafraid in not just discussing her cancer diagnosis, but also raising awareness about it. Lisa was diagnosed with Myeloma, a form of blood cancer in 2009. Initially, she chose to stay away from media bytes and interviews. But, after beating cancer a year later, she found the courage to share her story and inspire others.

In 2010, Lisa Ray issued a public statement sharing details about her diagnosis and how she had to undergo full stem cell replacement therapy to become cancer-free. She also published her autobiography, titled, Close To The Bone: A Memoir.

Veteran actress and beauty queen Mumtaz was diagnosed with breast cancer in 2002. At the time, she was in her mid-50s and the doctors informed her that her chances of survival wouldn’t be positive. Despite all hurdles, Mumtaz decided to undergo 6 chemotherapies and 35 rounds of radiation and was declared cancer-free.

In an interview with Bangalore Times, Mumtaz was quoted saying how she didn’t give up easily and even death would have to fight her. Her nerve and persistence inspired many older women to undergo cancer treatment. Currently, Mumtaz is retired from the film industry and is enjoying a quiet life with her family away from stardom.

Author and filmmaker Tahira Kashyap was diagnosed with Stage 0 Breast Cancer in 2018. Stage 0 breast cancer, also known as ductal carcinoma in situ (DCIS) is non-invasive cancer where abnormal and cancerous cells grow within the lining of the breast milk duct. Although there are very few chances of the cancerous cells spreading outside the ducts, the treatment process can be complicated.

After her diagnosis, Tahira Kashyap was brave enough to not hide her story, instead, share it with the world to inspire others. She documented her journey and inspired billions of other breast cancer survivors to take pride in their bodies. She successfully completed her cancer treatment in January 2019 and was declared cancer-free. Her story encouraged women of all walks of life to believe in one’s self-power and embrace scars.