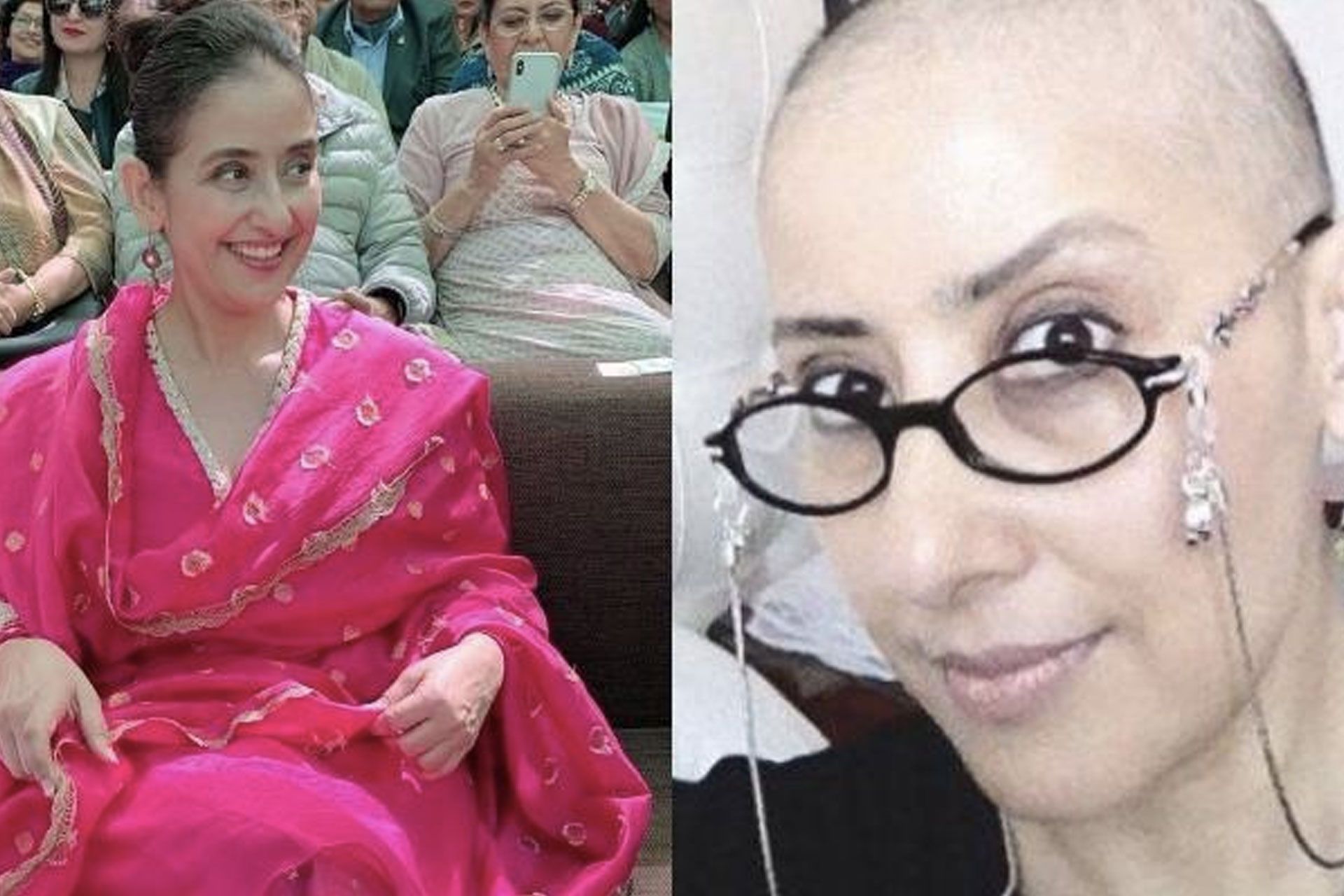 Three years ago, news channels were plastered with the breaking news that Manisha Koirala had ovarian cancer. For those three years, Manisha kept a somewhat low profile. Today, Manisha proudly wears the ‘cancer survivor’ label and encourages those fighting ovarian cancer through her memoir and story. Recently, she opened up about her three-year-long battle with ovarian cancer.

Regardless of the support from loved ones, the patient is the one who has to go through the treatment, deal with the pain, and side-effects of chemotherapy. However, once the tough battle is over, the person emerges as stronger than before and Manisha Koirala is the perfect example of this. She even penned a memoir called Healed: How Cancer Gave Me A New Life.

In a recent interview with the author and journalist, Sathya Saran, Koirala shared some stories. She says that there was a time when she used to ask her doctor how much time she had left? As time passed, she calmed down and become okay with fear and even death. Manisha said “There was a time I would ask the doctors to give me a guarantee of how much time I have, but gradually, I made peace with fear and death. That’s what taught me to make the most of all I have, and it has now become an extension of my personality.”

Manisha’s ovarian cancer news could not have come at a worse time. Her marriage was broken and she didn’t have any good film offers. On top of that, her cancer was in the last stage. “I thought I had not lived my life fully; everything was baaki[remaining].” When finally Manisha was declared to be cancer-free, she observed “Later, I discovered that not everyone is cruel or mean. People accepted and appreciated my journey and that gave me strength.”

Getting through chemotherapy is perhaps one of the hardest things about cancer. There are quite a few side-effects to the treatment that can make you lose your hair, feel nauseous, and weak. During this time, Manisha says that she was surrounded by supportive and positive people.

She fondly recalls how her friend Zakia told her to call chemotherapy her vitamin shots. Manisha made it a point to stay away from people who scared her or told her that chemotherapy was poison.

Manisha Koirala was dealing with disappointments

When you are dealing with something as serious as cancer, you count on your loved ones to have your back. But, even then, Manisha had to deal with people disappointing her.

‘Yes, I was upset with certain people who I was expecting to be by my side. But it also made me ask- “Have I been as good or have disappointed someone like this?” It made me change the way I deal with people. I now rather be there for friends in the toughest time.’

‘You realize what is essential and what’s not in your life. If it is flight cancellation or being stuck in traffic, I don’t get bogged down or upset. I don’t see things from a worm’s perspective but a bird’s perspective. I smile at problems.’

It takes a lot of courage to open up and talk about your life’s biggest struggles and lowest points. Manisha Koirala’s story is certainly a page-turner and will help many others who are going through cancer or dealing with disappointments in life.

To Know More about the Woman celebrities of Bollywood or Sports or Politics or in any field around the globe, stay tuned to The Voice Of Woman and be updated with every news related to woman!!!