Celebrities Who Fought Against Cancer and Came Out Unscathed 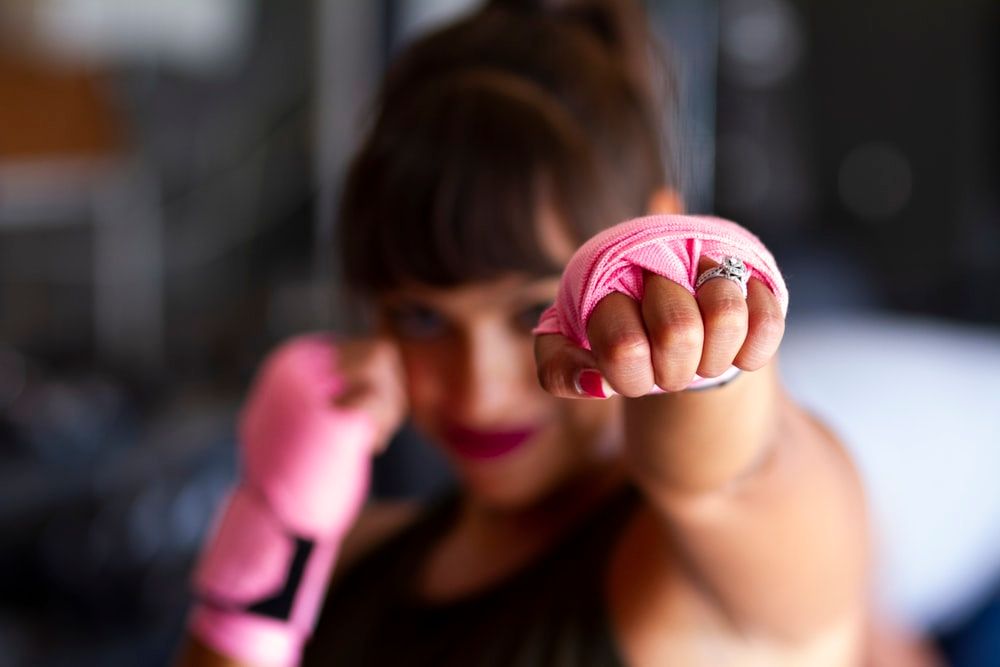 Cancer develops when cells grow out of control abnormally and crowd out normal cells. It refrains the body from carrying out the essential functions required for sustenance. Cancer might affect any organ of the body. It can be successfully treated and eradicated if tested at the right time. Studies have found out that cancer treatments are not very harmful and most people go on to live a full life even after cancer.

How Many Women Suffer from Cancer Globally?

What are the Most Common Types of Cancer Affecting Women?

The most common type of cancer affecting women globally is breast cancer. It may occur to women of any age; however, the risks are higher in older women. It mostly affects women of ages between 40 and 44. So, doctors suggest women above 40 to get a mammogram every year to prevent spreading of cancer cells.

Colorectal or colon cancer origins at the colon of the rectum. Obesity, physical inactivity, high consumption of red and processed meats, smoking and drinking let the cancer cells spread fast across the body. Thus, women are often suggested to maintain a healthy and balanced diet and cut back on tobacco and alcohol as they grow older. Colon cancer can also be genetically transmitted.

Endometrial cancer affects the inner lining of the uterus and the risk of it increases as the woman gets older.

Cervical Cancer is another common kind of cancer in women. It may affect women of all ages, be it young or old. It is a form of Human Papillomavirus (HPV) and can be transmitted through skin-to-skin contact.

What are the Survival Chances of Cancer Patients?

The survival chances of cancer patients vary depending on what stage the cancer is diagnosed and when the treatments are started. Early detection increases the chances of survival by 99 per cent.

Below is a list of celebrities who fought against cancer:

An accomplished author, writer, journalist, television host and a mother of seven, Joan Lunden is one of the female celebrities who recovered from cancer successfully in 2014. She is a breast cancer survivor.

Lunden disclosed her diagnosis on ABC’s Good Morning America and talked at great length about her diagnosis and recovery. Since then, she has published a book titled Had I Known detailing her journey through breast cancer. She also hosts ALIVE, a streaming video channel about surviving and fighting against breast cancer.

Sonali Bendre is one of the actresses who suffered from cancer in Bollywood. One of the most beloved actresses of the 1990s, she announced about her diagnosis on Instagram in July, 2019.

In the case of metastasis cancer, the cancer cells spread to new regions of the body through the lymph or bloodstream. She undertook an extensive treatment and recovery program in New York. She is cancer-free for over a year now.

9-time Grammy Award Winner and a rock star, Sheryl Crow was diagnosed with ductal carcinoma in situ (DCIS) at the age of 44. DCIS is a non-invasive type of breast cancer. Fortunately, Crow was diagnosed at the initial stage of cancer through an annual mammogram. After a lumpectomy and several weeks of radiation therapy, she was declared cancer-free.

She’s one of the female celebrities who fought cancer and are still alive.

This yesteryear actress who appeared in movies like Do Raaste, Chor Machaye Shor and others was diagnosed with breast cancer at the age of 54. She fought cancer for 11 years before recovering completely.

Christina Applegate, who started as a child actor in the famous sitcom Married… with Children and found global fame with her Broadway Musicals and Anchorman movies was diagnosed with breast cancer in 2008. Applegate was only 36, by then.

She opened up after her recovery disclosing that she always knew she was at a risk for developing breast cancer, as her mother, Nancy Priddy, suffered from it twice (once in her thirties and later in her fifties.) Therefore, her cancer was detected at an early stage.

She tested positive for BRCA1, indicating that like her mother, she too was at a high risk of developing it again. After her recovery, she opted for a double mastectomy even though only one of her breasts were affected.

The mother of Sanjay Dutt, Nargis is one of the most talented Hindi film actresses of all time. She has appeared in movies like Mother India and Awara. She underwent severe treatment in New York and eventually succumbed to cancer a week before his son’s debut release.

Director, writer and professor Tahira Kashyap was diagnosed with Stage 0 cancer in 2018. It is a DCIS and non-invasive form of cancer that causes abnormal growth of cancerous cells along the lining of the breast milk duct. She underwent immediate treatment in Mumbai and was declared cancer-free later that year.

Another anchor of Good Morning America, Robin Roberts discovered a lump during a breast self-examination in 2007. An ultrasound and a biopsy recognized it as an aggressive triple-negative kind of cancer. Her immediate treatments included a lumpectomy, chemotherapy as well as radiation therapy.

Since her recovery, she has been an active voice spreading awareness and importance of breast self-examinations and how 40 per cent of breast cancers are detected through it.

One of the cancer survivor women celebrities in India, Manisha, known for her performances in Dil Se, Bombay and Lajja was diagnosed with Ovarian Cancer when she was 42. Since her diagnosis, Koirala underwent severe treatment in New York followed by several surgeries and intense chemotherapies until she was declared cancer-free in 2015. She fought hard and conquered cancer unscathed.

Lisa was diagnosed with Multiple Myeloma in 2009. She underwent severe treatment and had a full stem cell replacement. In 2010, she announced that she was cancer-free, although she is not fully cured as the disease is treatable but not curable.

Dimple Kapadia’s younger sister and a yesteryear Bollywood actress succumbed to cancer in 2009. She was also a prominent costume designer, having won a national award for best costume design for the film Rudaali.

Angelina Jolie had a significant family history of breast cancer and decided to undergo genetic testing. She tested positive for the BRCA1 mutation and underwent double mastectomy while in her thirties. The actress, producer and director underwent mastectomy as a preventative measure even though she had not been diagnosed for cancer. Mastectomy reduces the chances of breast cancer to 5 per cent.