Five Times That Women’s Equality In Sports Was Fought For 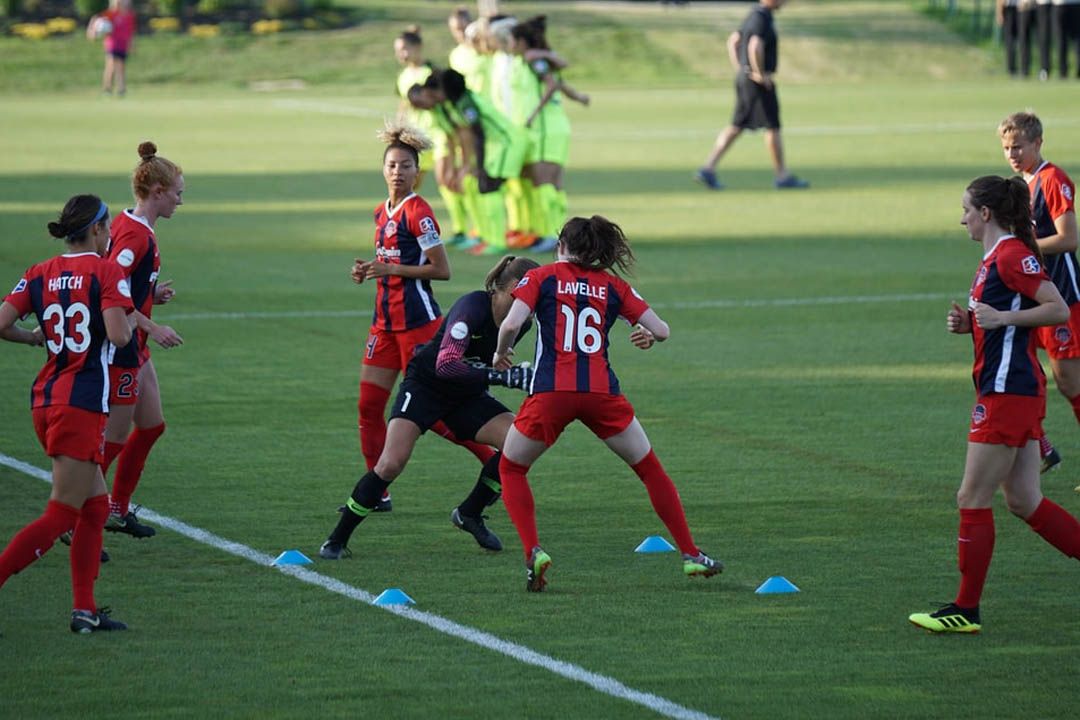 Womens Equality In Sports around the world has had to fight steadily and fiercely to receive equal space and recognition in all spheres. But there is a considerably higher probability of gender inequality existing in the sports industry. Besides the general inconveniences faced by all the players on the field, female players have to constantly fight for equality off the field too.

To achieve women’s equality in sports, what’s primarily needed is to see both the male and female players with the same perception, give them the equal respect and recognition they deserve for all their long hours of toiling and provide them with the same wages. What also needs to change, that’d help to lessen the disparity between the genders in the field of sports, is the way the audience views them.

The way we cheer for Virat Kohli and M.S. Dhoni when they hit straight sixes, we barely even care to remember the names of our Indian Women’s cricket team players, let alone watch their matches and rejoice for their wins. How unjust is that? Female athletes are constantly fighting for their rights to be seen and acknowledged, often driving a lot of them to give up on their dreams out of sheer despondency.

Sportswomen are not only not given their fair due but are also objectified by the audience, the commentators, and sometimes even the coaches. What causes gender inequality in sports is the way the men perceive women’s sports, which they believe only exists to cater to their pleasure.

Sexism is so rampant in the sports industry due to the general belief that female athletes aren’t strong enough, ambitious enough, or talented enough to spend time watching them perform. Women in sports are also severely frustrated due to the wage gap, despite putting in the same amount of effort and time into their craft.

And yet, women all around the world refuse to give up on their dreams and resolutely fight against gender inequality; to prove that they are capable enough to perform on a high level and create enough spectacle for the audience to be interested.

5 Times That Women's Equality In Sports

For years, experts maintained that running in marathons was harmful to the health and femininity of women. It created a mindset that perpetuated the idea of a lack of endurance and stamina levels in women. Almost as if a simple act of running required something extraordinary, something which women weren’t endowed with.

In the year 1967, women weren’t allowed to officially partake in the Boston Marathon, so Kathrine Switzer enrolled herself as a participant under the name of ‘K.V.Switzer’ to keep her gender unrevealed. Two miles in the race, the officials tried to eject her out of the race when they realized a woman was running in the marathon. She persisted anyway and became the first woman to have completed the marathon as an official participant.

From the year 1972 onwards, women were officially allowed to enter the marathons. In the year 1984, women’s marathons were joined in the great Olympics. That was one of the initial wins in the long struggle of achieving women’s equality in sports.

2. Yale women stripping as a protest to demand proper showers and lockers

Chris Ernst, the captain of Yale University’s Women’s crew’s team, and eventual two-time Olympic rower, led a protest in the spring of 1976, to demand proper showers to use after their practice hours.

She was at the forefront with 18 other women following her when she protested in front of Yale’s athletic office. Every woman stripped to their waists, with the words ‘Title IX’ drawn with blue marker on their backs and breasts.

Within the next two weeks, the women had new locker rooms and proper showers for the crew! Within the next four years, the ‘title IX’ came into effect as a law that required proper compliance.

In the year 2018, Ada Hegerberg, a 23 year old Norwegian, was recognized as the best female soccer player in the entire world. She became the first person to be awarded the prestigious honor of Ballon d’Or, which was earlier only awarded to men.

Despite receiving such a huge honor and award, she refused to play on the biggest stage of the Women’s World Cup in France, in 2019. She also quit the Norwegian national team in the year 2017, as a form of protest against the lack of support that women’s soccer received in her own country.

In fact, after winning the Ballon d’Or, she was even inappropriately questioned if she knew how to twerk! When women in sports are subjected to such ridiculousness, it becomes even more important to ensure that there is women’s equality in sports, that’d bridge the gap between the genders.

It was in the year 2007 when Wimbledon announced that women’s tennis players would also be subjected to win the prize money equal to what men’s always have earned after constant pressure was put on them by the tennis legend Venus Williams and others.

Venus Williams had made a plea to Wimbledon’s governing body right before she won the title in 2005 but it fell on absent ears. In 2006, she wrote an essay in The Times of London which was aptly titled as ‘Wimbledon Has Sent Me A Message: I’m Only A Second Class Champion.’

In 2007, the governing body finally decided to change the policies, after which Williams was conferred with $1.4 million for her 4th victory in Wimbledon, which was the same amount that was awarded to the men’s champion, Roger Federer!

5. The threat of a boycott by the USA’S women’s hockey team

With the changing times, women have strived hard to put an end to the unequal wages and unfair treatment met by them from the hands of sports associations around the world. In March 2017, USA’s women’s national hockey team threatened to boycott the world championship if the USA Hockey sport’s national governing body did not increase the wages paid to the women.

They put their career on the stake, just to be able to achieve the same recognition and pay as other male players receive. The risk paid off in their favor. Within two weeks, the team signed a four year deal with the U.S.A Hockey which provided sportswomen with $2000 per month as a stipend for their training and ensured that larger bonuses would be awarded for winning medals.

Travel and insurance provisions were made for the women’s team, similar to that of the men’s team. It was also decided that a pool of prize money would be split fairly between both the teams. How to stop gender inequality in sports? We need to celebrate the wins by women in sports just as much as we celebrate the victories achieved by men.

What’d truly bring about a change is when the audience is more receptive to the idea of enjoying watching women excel in sports for the love of the game itself and not because women are an object of pleasure and amusement. When they’d realize that they are equally, if not more, talented, capable, and deserving of the applauds as men, the real change would then come.

It has been a long and hard struggle to bring about women’s equality in sports and yet, there’s still a long way to go, to ensure that such equality would exist in every category of sports, in every single country!