Dutee Chand -The Gleaming Star In The Sky Of Sports!! 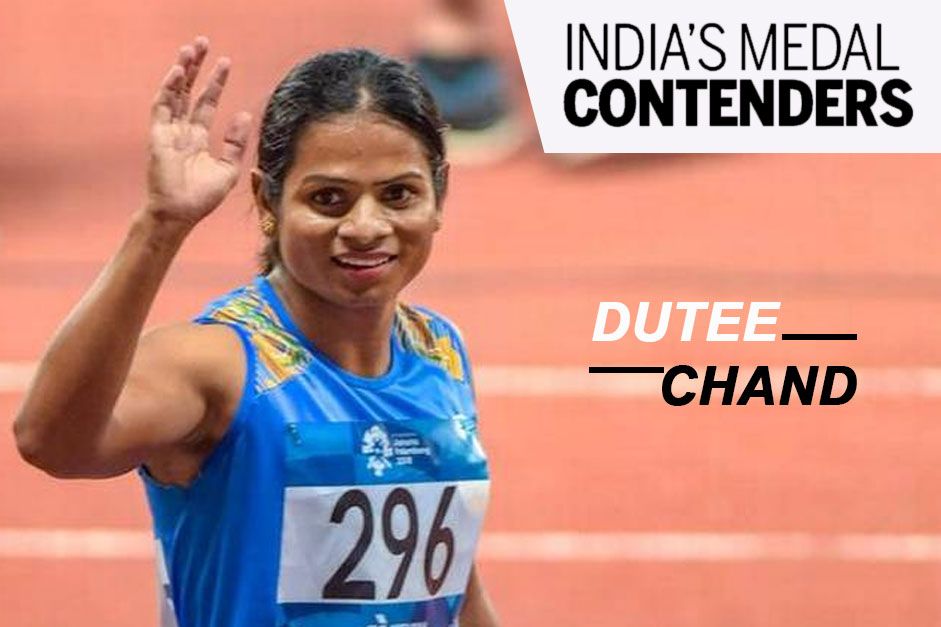 Dutee Chand, among the leading female sports personalities of India, is someone whose name is nothing new we are hearing for unreckonable achievements that her sporting career boasts off as well as the laurels she brings to the nation.
“All you have to wear is confidence and a belief, to accomplish the impossible… and you are halfway there already”. And once again she has blessed us with one such reason to be ecstatic about. Dutee Chand is trending in the TIME 100 NEXT list. At this young age, she is reaching to the skiing heights.

An inspiration to many women out there, this girl started her journey from Jajpur district of Odisha. She belongs to a below poverty line family of a weaver and having struggled so much, her life seems no less than a dream. She credits her sister for this achievement, Saraswati Chand, who had competed earlier at the state level for the sprinting sports. According to Dutee, she was the one who ignited the fire of sports in her and the rest is history.

Her achievements include being the current national champion to the women’s 100 metres event, being the third woman in Indian history to qualify for the Women’s 100 metres event at the Summer Olympic Games. In 2018, Dutee Chand received another silver in women’s 100m at the Jakarta Asian Games. Since 1998, it was the first time that India received this award. In 2019, she went on to become the first Indian sprinter to win the gold medal at the Universiade, making a record of 11.32 seconds in 100m race.

Dutee Chand In Time 100 Next

This unstoppable lady, after being listed in TIME 100 NEXT, which is an extended part of TIME’s list of the 100 most influential people in the world, has created yet another history in her career as well as another milestone for Indian women athletes who look up to her as an inspiration. The Time’s group has shaped up this new way to inspire people by enlisting the 100 most influential people who are instrumental in brightening the future of business, entertainment, sports, politics, etc.

A Ray Of Hope To Aspiring Indian Women Athletes

Dutee was quoted as saying-“I am delighted to receive this recognition from TIME magazine. I believe in gender equality. I will continue to fight for the rights of women and young girls in the field of sports as well as in the larger society. “

And when people who have risen up from the ground make such promises, there is no way one won’t believe the same. Hailing from a family of weavers, and having travelled a journey of a lifetime in such a young age of adulthood, Dutee is a prodigy. This, of course, is not a small achievement for her in person but also for India as a developing Nation, in particular, owing to the lack of women empowerment that the country faces. Hopefully, this will open bigger gates for all the women out there who were lurking for such great stories and such unbelievable achievements to believe in their dreams.