Women Empowerment
Born With A Womb: Women are Expected to Do Everything! 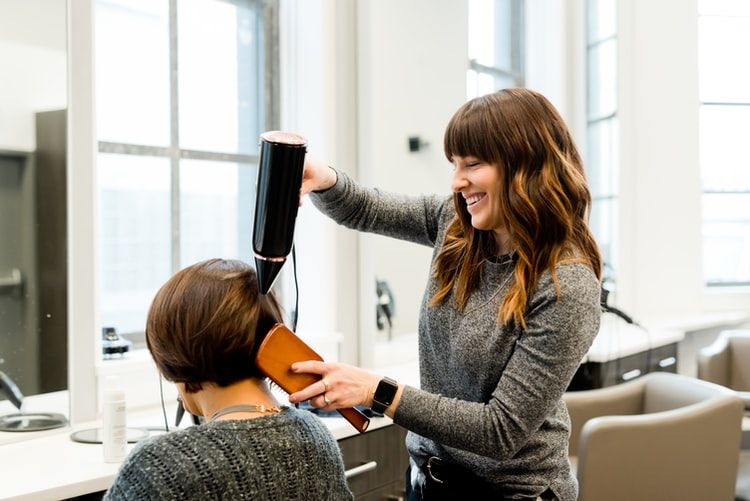 If you were asked to picture the ideal modern woman, you would probably imagine someone who was both a breadwinner and a homemaker. This idea of a superwoman, who manages her office work along with taking care of her family, is something that society upholds. Right from the start, we are conditioned to believe that women are naturally better at multitasking than men are and thus often tend to successfully juggle between the office and home.

In today’s age, there are so many kinds of female professionals. A multitude of women at work so engaged in their areas of expertise. And yet, if you picked any of them out, chances are that most of them would still be well versed and well involved in household chores.

But is there any truth behind this myth or is it just another social construct? Just why is it that women are expected to do everything?

We as a society tend to believe that there are gender differences in multitasking. Managing different kinds of activities at the same time daily has often been looked at as a women’s domain. Women themselves fall prey to this belief because they have been brought up watching generations of multitasking women before them, do the same. It is an idea that has been passed down over centuries, till it has become rooted in our thought process

Where does this idea of multitasking women come from?

The short answer to this is: from society. It is not that women are multitasking creatures but simply that they tend to work more. The root of multitasking gender differences comes from the consistent oppression of women over the years. Women have been confined to the boundaries of their homes for centuries.

Cis-women, in particular, were considered to mainly be child-bearers simply for the virtue of having a womb. Either for their lower physical strength as compared to their cis-male counterparts or their biological functions, women were always considered to be incapable of handling the outside world as well as men.

It took so many years for them to get the right to education and then to be given the right to work and vote. It’s because of this that even though these rights are more accessible today, they have still left a trail of missed opportunities which have led to women still being denied so much growth.

At home, women were responsible for household chores and taking care of the children, which also meant that society automatically assumed them as cis and heterosexual, as well as wanting a child. They were looked at as emotional creatures who were so tied to family matters that they could not see beyond it. But even while being stuck inside their homes, women were already multitasking, cooking, cleaning, and taking care of their families, having no room to think about what they wanted.

So, when they finally got a chance to access the working space, more and more women flooded through the broken barriers. And yet, the expectations society once had of women did not become lenient. Instead, they merely got even tighter.

Now, women were expected to be grateful for the ‘fortune’ of being ‘allowed’ to work, while also having to accept that their position there was time-bound, and they would be expected to abandon it for their households if asked. It was not sufficient for them to just earn, they had to manage the kitchen and home as well.

It is here that the notion of multitasking gender differences was borne. From ages, the position of the man as the sole breadwinner had always been considered important and enough, but the position of the woman only got weakened as time went on. Even when she only did the housework, she was not given enough respect as the one who brought the money home. And when she started earning too, it was still not enough, unless she could ‘prove’ herself by being involved in chores too.

Because, naturally, women are expected to do everything. They will not be simply given respect as men do. No, they have to ‘earn’ that too.

What is the housework gender gap?

The division of labor in households has never been fair between the genders. The tasks have always been divided under the umbrella of ‘women’s tasks’ and men’s tasks’, the former containing all the basic chores and the latter containing all the word related and ‘hardened’ tasks. This division, while being sexist, is also inherently transphobic as it neglects the entire spectrum of genders that falls in between the binaries. Society seems to be unable to let go of discrimination as its major component.

This is why the housework gender gap exists. Women have always spent more time in it than men. Indian women, in particular, are said to spend around 577% more time in a day in household activities than men. Looking at these figures, the gender differences in multitasking become even more apparent.

The tasks society assigns to women are seemingly too beneath men. So, women are simply brought up to believe that it is essential for them to know not just how to do them, but also to do them well enough for their future family’s sake. Half their lives go in being moulded into the perfect wife who can satisfy her husband and his family.

So maybe it is ironic that so many of these ‘women’s tasks’ could also be considered to be basic survival instincts. Cooking, cleaning, doing the laundry, these are simple tasks that anyone should learn to be able to look after themselves. So why is it that women are expected to do everything? Why does society think men are incapable of successfully taking care of themselves?

Amid the Covid-19 pandemic, it was noted that more number of men were involved in household tasks. In India, where the housework gender gap is amongst the widest, it was observed that the difference was reduced by one hour as men were also lending their hand. Often, this was done simply because the men were bored, which itself is the proof of male privilege. Women themselves have always been expected to do housework, while men have the option of taking it up if they ‘feel up to it’.

However, this does make it apparent that men are not incapable of doing housework. So why is it that they do not engage in it equally when it comes to normal circumstances? This lockdown has taught us that multitasking gender differences are merely a construct that society has enforced on us. All of us can contribute equally. The kitchen is no less a man’s domain than the workplace is a woman’s.

Why are multitasking women considered ideal?

Simply speaking, it’s because women are still considered the lesser gender, if more subtly. It is not enough to just be a woman. There is always some kind of need to prove oneself as being worthy of equal status, the same equal status that is so convenient and comfortably handed over to a cisman at birth itself. Everything ‘masculine’ is upheld as tough and strong, while anything ‘feminine’ is considered insufficient to stand by itself unless the woman transcends her gender and acquires ‘masculine’ qualities as well.

On the other side, while women have to be like men, they have to be careful to not threaten a man’s authority. Even if they are in an important position at work, they must remember their delicateness and submissiveness, because ultimately that is what makes them attractive to men.

So, women are expected to do everything. It is not enough to be just one thing. They have to acquire all kinds of abilities just to compensate for being born the way they were.

A housewife is just a housewife and never equal to her husband who earns, no matter how many hours a day she may spend running around. Vice versa, it doesn’t matter if a woman reaches the moon or changes the world, it doesn’t matter unless she can make the perfect, round chapati.

So how do we break the norm of multitasking gender differences?

First, we need to make an effort towards bridging this gap between genders. We need to shatter the boundaries of multitasking gender differences.

Then, we need to stop this gendering of things. Clothes, tasks, colors, these things do not have inherent gender. Gender should be expressed in whatever way one sees fit. There is no recommended guidebook about being yourself. Your identity is yours alone!

Maybe then one day we will be able to lead to a generation of women who are not torn at the seams. A world where women are not expected to do everything. A society where a woman is brave and kind and good just for the virtue of being a woman herself!