Why Draupadi Murmu Shouldn’t Be Elected As President of India? 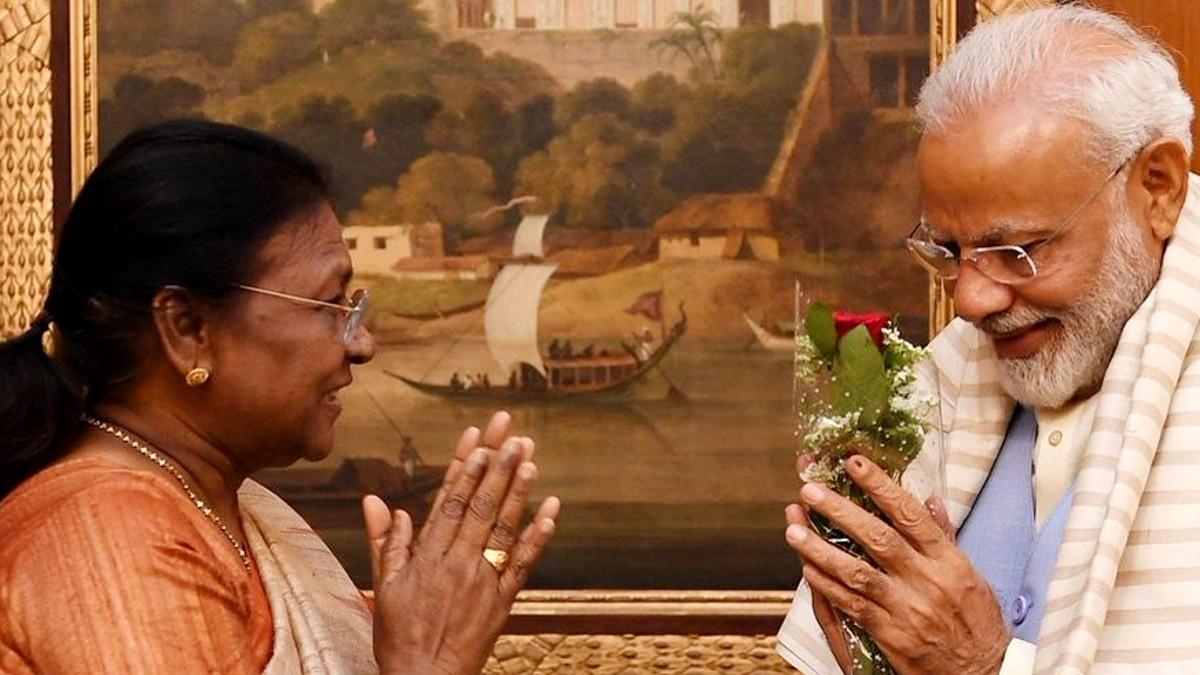 A true leader is hard to find and easy to miss if not valued in time. If you want a true leader of the nation and not just a titular head, then be careful about who you choose as India's President. However, no commoner of India enjoys the right to vote for a presidential candidate directly, so you can't vote for your favorite person as the country's president. But you can impact by showing your support and being vocal about it.

Recently BJP announced Draupadi Murmu as their candidate for the presidential election that will be held on July 18 this year, and Yashwant Sinha, a former UPA-era Finance Minister, is the candidate of the opposition parties.

After NDA named Draupadi Murmu their Presidential choice, the Santhals came into the spotlight. Draupadi Murmu represents the Santhali community, which has only a sparse population in the states of Odisha, Jharkhand, and regions in West Bengal. Santhal communities may be found in the sections of Mayurbhanj and some of the districts of Odisha. Mayurbhanj, also her home district, is one of the areas with the greatest concentration of tribespeople. They have exceptionally high literacy rates compared to other tribes in Odisha. According to statistics from the 2011 census, the Santal tribal group has a literacy rate of 30.2%, whereas Odisha has a score of 74.45%.

Santhals in the nation were said to be living in a "golden era," according to the community's leaders. If she wins the election, Draupadi Murmu would be the first tribal lady to hold the country's highest constitutional position.

Though laws have been made strong to eradicate India's age-old caste system, the plague of casteism has not stopped completely. Draupadi Murmu faced many difficulties in her childhood and later life for belonging to a minority tribal group.

Social oppression for her belonging to the tribal caste bought her hurdles and mental pain throughout her life. She was born to a village headman. Her father, Biranchi Narayan Tudu, was a resident of the Baidaposi Village of the Mayurbhanj district, a remote place in Odisha where casteism was predominant for a longer time. She had to bear personal losses inflicted by life and battled mental agony after the demise of her two sons and husband. But she never lost hope in living and working for needy people. Burning her trauma from the fresh wound of personal loss, she started working again.

Faced with extreme poverty and hardships, she was determined to transform her life and the lives of others around her. Her indomitable spirit never let her wings flap down. Instead made her strong enough to become a school teacher and then elected her as the Councilor of the Rairangpur Nagar Panchayat in 1997. Her glory does not stop here as she continues her quest to be the best version of herself and repeatedly proves the naysayers wrong.

She served as the national vice-president of BJP's Scheduled Tribe Community. She became the Minister of Commerce and Transport of Odisha in 2000 and Fisheries and Animal Resources Development in 2002. Her unstoppable spirit made her the first woman tribal Governor of Jharkhand in 2015. Furthermore, her remarkable journey was honored when she was awarded the Nilakantha award for being the best MLA by Odisha Legislative Assembly in 2007.

The 64-year-old politician was also considered the party for the Presidential role in 2017, but Ramnath Kovind made it instead of her. Some political experts are discussing the BJP's real motive behind naming her to secure its tribal votes.

Moreover, Murmu's candidacy will also put Jharkhand's chief minister and JMM leader Hemant Soren in a tricky situation. The tribal politics of Soren's party will find it difficult to oppose a tribal woman, particularly one who has served as the governor of his state. Murmu's candidacy got welcoming notes from BJD leader Navin Patnaik, who expressed his support for her. Patnaik is the chief minister of Odisha and the head of the BJD.

History sometimes repeats as we see the case of Draupadi Murmu, hailing from Odisha. Another Draupadi, apart from the epic heroine of Mahabharata, suffered loss and struggled each day but to a different extent. A Name for the Beacon of Light, Murmu proved what's it to be a true leader who can keep calm even in the most tragedy of life. Her knowledge of government policies and compassionate nature can significantly benefit our entire nation.

People opposing her candidature for the upcoming July Presidential election should remember how she stayed firm in her struggles and made the impossible possible. If elected India's President, the country can receive lots of innovative transformation due to her kind yet strong personality.
NDA's brilliant decision to select her for the presidential election may seem cunning to some political leaders. But the backdrop of her life and strong personality will empower the whole nation in the coming days if the vote of confidence chooses her.

As per article 55(3) of the Indian Constitution, the presidential candidate is elected through proportional representation using the method of a single transferable vote. The reason behind this electoral method is that it allows the independent candidate and the individuals of the minority parties to have representation in the election. Furthermore, the technique also ensures that the elected candidate must not represent the majority of the electorate's opinion.

"Leaders are made; they are not born. They are made by hard effort, which is the price which all of us must pay to achieve any goal that is worthwhile." – Vince Lombardi. Yes! Draupadi Murmu has paid the price and her continuous struggle.