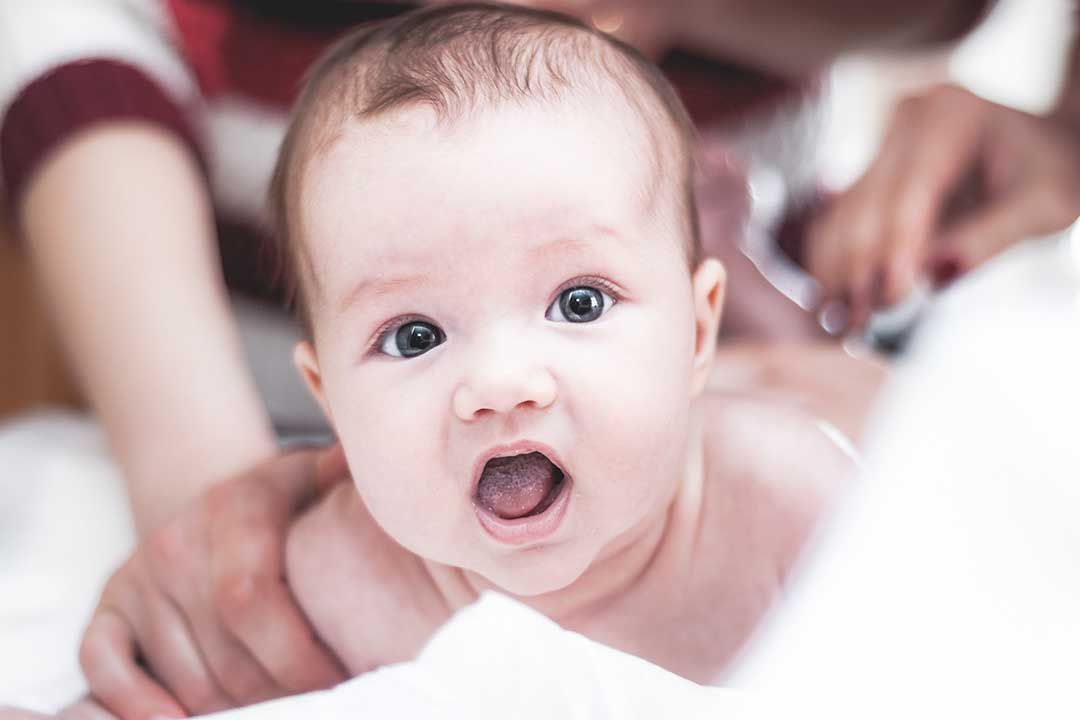 There’s nothing more satisfying in the world than holding your newborn in your arms. In the beginning, you’ll definitely spend hours watching your baby, particularly while you’re a new parent. You’ll note every expression, every tone, every smile, etc. some things may make you worry whether they’re normal or not. So, here’s a guide on how to know the difference between what’s normal and what’s not in your little one.

Head of the baby

What’s normal – Do not be worried if your newborn skull has an elongated shape; it consists of several flexible, elastic, bony plates that enable the head to be shaped during labor, so that it can move through the birth canal effortlessly. Within a day or two his oblong head would return to usual.

Another important information is that your infant has two soft spots or fontanels at the top of their head where the bones have not yet merged.  The fontanelle, which is at the back of the infant’s head, will close at around six weeks. The spot at the top of the head is much more obvious to touch and could be seen as a tiny dip of skin. This spot will usually close after about 18 months of age.

If there is a slight amount of pressure exerted on the baby’s head during delivery, then it could result in the infant’s head becoming elongated or cone-shaped. The soft spots inside the head will take some time to fill and this will happen gradually as the bones come closer and fuse with each other. You just need to be patient

What’s not – When the broad soft spot is heavily flattened, it may be to blame for fatigue, a common consequence of vomiting or diarrhea, while a swollen fontanel may signify a severe disease, such as meningitis. Your pediatrician will weigh the baby’s head at regular visits to make sure it isn’t too high or rising too quickly or too slowly.

Eyes of the baby

What’s normal -You may have noticed thin, red hemorrhages of tiny blood vessels that burst during delivery on the whites of the eyes. Those red marks generally vanish within a couple of days. In addition, the eye medicines that physicians use at conception to avoid infection may irritate the baby’s eyes, producing an inflammation of the eyelid that normally only lasts one to two days.

You may also notice that your newborn’s are very shiny, releasing tears even though they may not be crying and also secreting some discharge. Well, there’s not much to worry about. It’s normal for newborns.

Newborns have poor vision; they can only see images within the range of 10 – 15 inches from their faces. And when your baby is fed you are in plain vision, using the opportunity to connect while holding the eye touch. So don’t panic if he often stares back at you cross-eyed, or if his eyes drift from time to time: Newborns aren’t able to always center their attention.

What’s not – Consult your pediatrician if you experience discharge that lasts for two days or reappears immediately after being washed away. Also, other conditions like frequent weeping, a blurry cornea, a whitish pupil, an eyelid that falls or does not close, or any other eye deformity that should be attended to.

Skin of the baby

What’s normal – The poor circulation of your baby can make her skin look discolored when it’s cold, or make her hands and feet feel cool and for the first day or two seem bluish in the morning.

The yellowing of the skin , or jaundice, develops in 60 percent of healthy newborns; it derives from bilirubin, a pigment produced from red blood cells that cannot be easily washed away by the fragile liver of a newborn. Jaundice typically occurs 3 to 5 days after conception, and recovers by 1 week of age. Treatment is often required to treat the condition.

What’s not – During excessive weeping, a baby’s face and lips may turn blue temporarily, but a constant blueness of the eyes, mouth, or tongue, known as cyanosis, may be attributed to cardiac abnormality, respiratory disorder, or other condition needing emergency medical attention.

While minor jaundice is harmless, extremely high bilirubin rates can cause kernicterus, a form of brain injury that can contribute to cerebral palsy, hearing impairment, and even death. Risk factors include being overweight, possessing extreme jaundice parents, experiencing jaundice on the first day of life, birth bleeding, and not receiving enough milk while breastfeeding. High-risk babies are carefully monitored in hospital and following discharge. Additionally, treatment is done to prevent kernicterus.

Feet of the baby

What’s normal – Babies are all curled up when they are in the uterus, and turning inwards from the toes is normal for a newborn’s feet. Within a couple months this will be self-correcting, as the baby is already kicking freely outside.

What’s Not: When the front portion of a baby’s foot is strongly bent backward and can not be straightened by a gentle touch, then it would be best to consult a pediatric orthopedic surgeon for treatment before she starts walking.

Weight of the baby

What’s normal – Babies naturally lose weight after they are born. Doctors find it common for babies in the first few days of their birth to lose up to 10 percent of their birth weight. Although, they usually gain it back in around 10 days to 2 weeks. However, breastfed infants and premature babies can take longer to gain their birth weight back.

What’s not – There are a few common indicators which may suggest a weight imbalance in your baby:

It is necessary to consult your pediatrician regarding the issue because any excess weight loss in the weeks to come can contribute to health issues like Jaundice (hyperbilirubinemia) and low blood sugar (hypoglycemia).

This guide will help you become competent in determining what is or isn’t normal for the physical growth of your infant. If at any time, you feel that your baby is uncomfortable or unhappy or in too much pain, then there might be something else going on. Don’t hesitate in calling up your doctor when things don’t seem quite right. The least you can do is bring the issues up at your regular follow-ups.