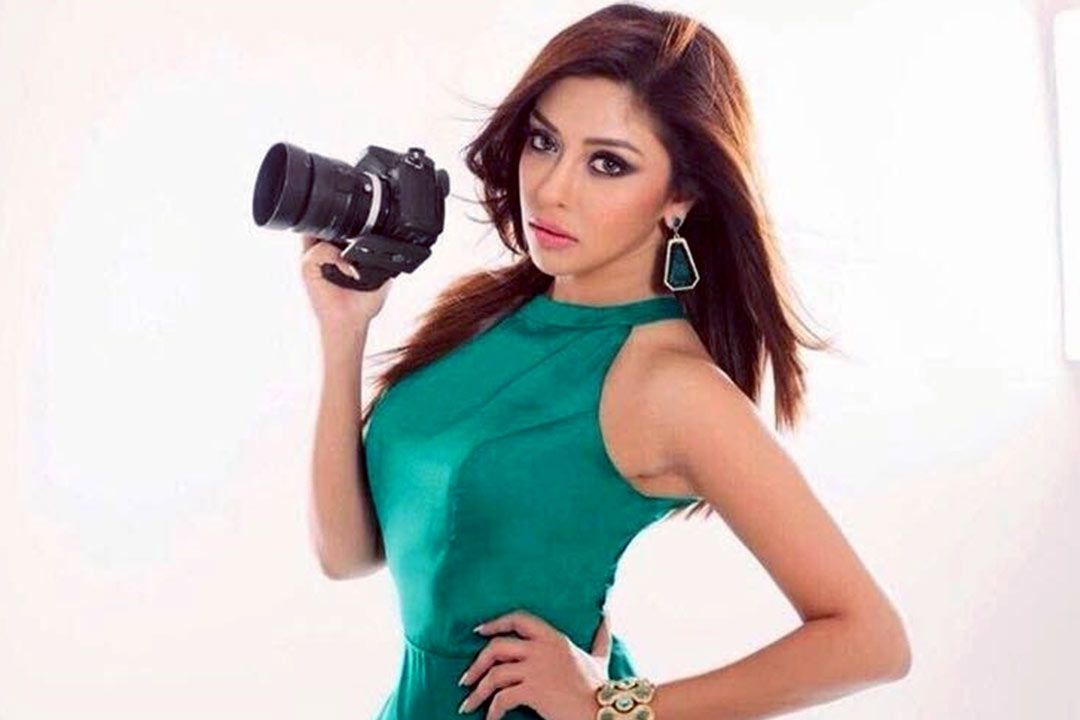 Payal Ghosh is one of the most sought after actress in the Southern film industry. This Bengali beauty lives her life on the mantra: “I am her favourite”, and this sentiment is echoed by her huge fan base. Her on-screen outings have been praised by critics too.

The die-hard SRK fan has a brilliant screen presence with eyes that evoke a thousand emotions. She is not someone who minces her words or shy away from speaking her heart out.

Payal straddles both Bollywood and Southern film industry with equal ease and has films like “Patel ki Punjabi Shaadi” where she shared the screen with veteran actors like Rishi Kapoor and Paresh Rawal, “Prayanam”, “Oosaravelli”, and others in her kitty.

The Voice of Woman had a candid conversation with the beautiful Payal Ghosh, on mental health issues and the work culture in various film industries. You can watch the exclusive video here.

How did you get your first break in the British Telefilm “Sharpe’s Peril”?

I was at that time doing my acting classes at the Kishore Namit Acting Academy. The BBC crew came to the institute looking for a fresh face to be cast in their production of Sharpe’s Peril, which was based on the Bernard Cornwell’s historical fiction about an English soldier, Richard SharpeThe director, Tom Clegg liked my audition and cast me as Padma, the daughter of a revolutionary fighter, and a pivotal character in the narrative. This started my journey in the film industry and it couldn’t have been a better break.

As a Bengali how difficult was it to adapt yourself in the South film industry?

I am from Kolkata and being a Bengali, I wasn’t aware of the South Indian film industry. I only knew Nagarjuna sir and Chiranjeevi sir, who had done Bollywood films. After I got selected for the role of Harika in the Telugu film Prayanam, I was a little nervous as I didn’t know the language. It was completely Hebrew for me.

But the way the crew assists you at every step is just amazing. They will assist you in understanding your lines and the emotions behind them. I also have the capability of mugging up dialogues, so it became very easy for me.

The people in the South film industry are very nice and co-operative as they work with many new girls. So, they know how to handle newcomers and they guided me really well.

I was also very blessed since my first film was well received and my work was appreciated by both the critics and audiences alike. I was showered with so much love and then onwards, I had not much difficulty.

As an actress you have to maintain a certain image- how difficult is it to live up to expectations?

But I feel that sometimes it’s good to speak your mind and heart, otherwise, people might start taking you for granted and that should never happen.

People should know that you cannot mess with this girl, as she isn’t going to remain quiet. You should have such an image among people so that they don’t take you for granted or think that you are stupid!

Women are often expected to behave in a certain manner, what do you have to say about such blatant patriarchy?

There are stereotypes like women have to behave in a certain manner like talk softly or walk slowly. I don’t believe in such things and I lead my life the way I want to and feel happy about. My life is all about what I think, I believe, and I feel.

I have never cared about what society wants from me or how they want me to behave. I do anything and everything that I wish to do because I am my favorite!

You recently opened up about suffering from depression, how important is family support for those who are depressed?

I am suffering from depression since 2015, and I have been on and off medication. I am in regular contact with my Psychologist. I suffer from panic attacks wherein I feel that I am going to die. Whenever this happens, I rush to the hospital to get my ECG and pulse checked and to find out if my heart and vital stats are normal. This is a kind of depression I suffer from.

Then the other kind of depression is where people feel sad, low, and helpless. So, if you are feeling depressed you need the support of your loved one whether it is family, friends, or spouse. They need to understand that you are suffering from a certain disease, but the mental disease is often ignored because it is not a physical ailment.

So, people around you need to understand that he/she is suffering from a disease and needs to be loved, taken care of, help them to come out of the negativity, and constantly motivate them. It is very important to stay with someone so that you can speak to them and share your thoughts, and when you breakdown you would have a shoulder to cry on. It is important to be surrounded by family, friends, and loved ones.

How can someone deal with depression in a day to day life and lead a wholesome life?

You cannot snap out of depression just by sheer force. We should understand that this is a disease and we need to visit a psychiatrist and find out the solution and take the prescribed medications. There are many people who say that don’t take medicines just meditate, but that doesn’t work.

When you are suffering from severe depression, you need to take medicines, and along with it do meditation, yoga, and exercises– it really helps. With time, you can get out of it and feel better and live your life.

My psychiatrist tells me that treating your panic attack episodes as the common cold, which you often get affected with and you have to live with it. You need to understand that there is something troubling you but you have to perform your regular task. So, once you accept that you can lead a wholesome and normal life.

Bollywood is often blamed for favouritism- your views on it?

It is high time we speak up against favouritism and nepotism in Bollywood. With each passing day, Bollywood is becoming the epicentre of favouritism. They don’t recognise any talent from outside. If you are a star kid you will immediately get big banner films.

Even if they aren’t talented enough, they will keep getting opportunities to sharpen their craft and after 3-4 times, the confidence increases and you start getting better with your acting. For this, you don’t need to be a good actor by birth. When you have so many influential people supporting you automatically gain confidence.

Among outsiders, there are only very few people who can make their way. I personally feel that no director or producer or even an actor can make a film hit, but it is the audience. If the audience understands that there is nepotism and it should be stopped then they can boycott such films and try and support the new actors.

You have acted in various film industries, how different is the work culture?

I have worked in various South film industries like Telugu, Kannada, and Tamil. I have also worked in Bollywood too. I can say from my personal experience that the South is much more professional and everything is very precise.

Also, they are very punctual. I have worked with superstars and National Award-winning directors, but no matter how big they are, you will always find them on the set at the predetermined time

Everyone is very professional, whether it is the actors, director or cinematographer or anybody else for that matter. Everyone is so well equipped and I have a great experience working with them.

The work culture in Bollywood is a little different because there is no fixed time. You never know when the shoot is going to start or end, it may get carried forward to the next day. They don’t work in the morning, it usually starts post 11 AM, so things are quite haphazard and not in a systematic way. I can only tell about my experience from the two movies that I have done, and I cannot tell about how others work.

I feel South is better and extremely professional and Bollywood can try and emulate them in regard to punctuality and the work culture. The southern industry thus manages to decrease expenditure and time and finishes films in a shorter time period than Bollywood.

What is next for Payal Ghosh?

I am doing two Bollywood movies. I cannot talk about one movie, as it is in the production stage. The other movie is Jai Mata Di and two Kannada films. I will also be starting a Tamil movie soon.

I want to tell all my fans that please be happy and positive. The world is going through testing times but we will overcome it very soon. But till then, please remain positive and take all the necessary precautions to fight this pandemic. Always remain happy!