Marshmallow Root: Satisfying Your Sweet Tooth While Keeping You Fit 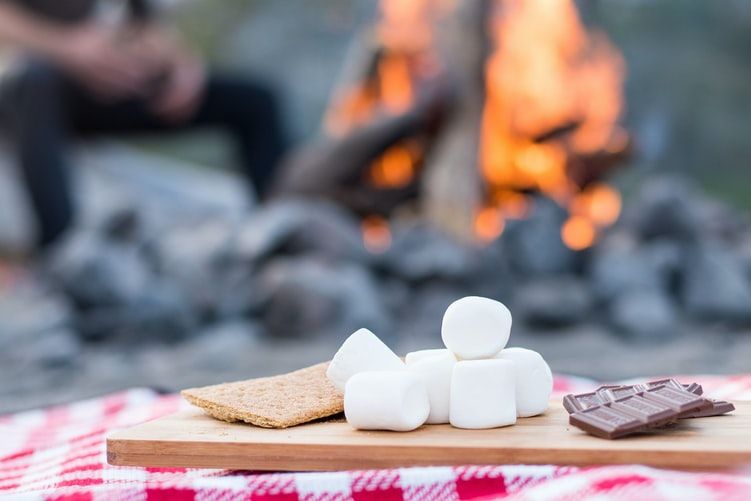 When most of us think about marshmallows, we think about those heavenly clumps of sugary softness floating at the top of a warm mug of hot chocolate. But did you know that those same marshmallows get their name based on a herbal confection that was once prepared from a plant called marshmallow root?

The early versions of this sweet were made from sap taken from Althaea Officinalis, which if it sounds too complicated, is also known as the marshmallow plant. It is said to have great nutritional value. It may be hard to associate one of your guilty pleasures with something so beneficial to your health, but there is more to marshmallow root than meets the eye.

What is the Marshmallow Root?

If you’re wondering about just what is the marshmallow root, chances are it is much different than the picture inside your head. The actual marshmallow root is a perennial plant that is mostly found in swampy, wet areas located in Europe, North America, and Western Asia.

The marshmallow root looks like a brownish husk of fiber that is usually cut up in small pieces before use. It may not look as pretty as its sugary counterpart, but it is much more powerful. It has been a natural remedy for skin, respiratory and digestive issues, thousands of years before the development of modern medicine. In India, it has been an important ingredient of Ayurvedic remedies.

What are Some Marshmallow Root Benefits?

So now that you know about this important herb, you may want to know more about these marshmallow root benefits. Factually speaking, the marshmallow root can be effectively used in several ways. From lip balms to shampoos to tea, there is no end to the power of this magical plant.

Here are seven such benefits of the marshmallow root listed below.

It is important to first ask your doctor before trying any of these.

1. It helps treat cold and cough

One of the most common uses of marshmallow root is healing problems such as a common cold. If you check the contents of any of your usual cough medication, chances are that there is a small percentage of marshmallow root included. A pinch of marshmallow powder in a hot liquid helps eases the symptoms of a chest cold and cough. It is one of the acclaimed homemade remedies for sore throat as well.

While acting, its mucilage soothes the irritation along the lining of the esophagus by coating it gently. This relieves the soreness and allows for the damage to repair itself. It also helps inhibit the growth of bacteria.

Lozenges made from marshmallow root are said to help with curing cases of dry mouth. Next time you feel that familiar discomfort in your throat and are bored of the usual tablets, this could be something you invest in.

2. It helps in relieving skin problems

Marshmallow root can subdue the negative effects of many skin conditions. It might lessen the sting of a painful sunburn if applied on top of it through a lotion. It also helps calm sensitive skin from reacting too badly. Its anti-inflammatory properties lead to the formation of a protective layer over the damaged skin, leading to a comforting feeling. What better way to end a tiring day than to apply some marshmallow root on those reddened areas on your arms?

However, it is important to consult your dermatologist before using such lotions for eczema, sunburn, or other conditions. Always makes sure to do a patch test on a small part of your skin.

Marshmallow root is also considered an ingredient that helps increase the supply of breastmilk. It is found in many natural supplements that are used to boost breastfeeding. Marshmallow root is also often used in creams that are applied over dry and cracked nipples to soften the skin. It also helps in easing the pain that is resulted from breastfeeding.

Though the United States Food and Drug Administration states that marshmallow root is unlikely to cause any harm to breastfed infants, it is still important to consider the opinion of your gynaecologist before using it.

4. It helps in faster healing of wounds

As stated before, the marshmallow root has anti-inflammatory properties. Hence, a study has shown that marshmallow root may also help in promoting better healing of wounds. If applied on a cut or scrape, it can act as a substitute antibiotic and help in inhibiting the growth of harmful microbes and protecting the already vulnerable area from further damage.

5. It helps in digestive relief

This is one of the most important marshmallow root benefits. The secretion of the marshmallow root forms a protective layer on the lining of the gut and helps repair the membranes of the intestines. It might also act as a stimulant to promote regeneration of tissues to improve overall health.

Marshmallow root has also been said to prevent the formation of ulcers.

6. It helps in maintaining cardiovascular health

Extracts from the marshmallow flower are shown to help in promoting the production of good cholesterol, which in turn benefits heart health in general. This could reduce the chances of experiencing strokes and heart attacks.

7. It helps by behaving as a diuretic

Marshmallow root is a natural diuretic. This means that it flushes out excess fluid and harmful toxins from the kidneys. It aids in repairing the damaged lining of the urinary tract. It keeps your bladder clean and reduces the chances of getting any urinary tract infections, which are especially common in women.

If you are considering switching from the sweet to the nutritious, it is important to know that it tastes nothing like the dessert you are used to. Marshmallow root, usually consumed in the form of an extract, ranges from being tasteless to slightly bitter. If that does not sound appealing to you, you might consider trying out some recipes to make it bearable.

A few popular ones include consuming it through infusing it with water as well as making tea by adding marshmallow root with a pinch of cinnamon. You can experiment with different combinations until you settle on a recipe that compliments your taste buds.

Are there any marshmallow root side effects?

Of course, no remedy is perfect. There will always be a certain amount of risks and side effects. Though it is a natural product, there are some possible side effects of marshmallow roots, including:

It is always important to talk to your doctor before using marshmallow root for any ailments, especially in the case of children. Taking marshmallow root with 250 ml and more water can help with reducing the side effects. Marshmallow root should also not be overused and only taken for 4 weeks at once and then a break of 1 week should be given to the body before resuming.

The risk of side effects is more in the case of being pregnant or engaging in breastfeeding, being diabetic, or in patients who are about to have surgery in a period of fewer than two weeks.

So should you use Marshmallow Root?

Finally, should you go for it? Marshmallow root has added a lot of points to its list of pros, especially as a natural substitute for chemical supplements. But we have to remember that everybody is different and has varying levels of sensitivities. Thus, a professional should always be asked beforehand in case of ailments and use should be gradual by increasing the amount over time.

Other than that, marshmallow root can simply be used as a healthier alternative to milk-based tea or mixed in your drinking water, for that slight boost of nutrition and energy during a busy workday.

It may not be the kind of attractive saccharine delight that you are used to, but one marshmallow root surely has more benefits than a hundred sugary marshmallows. So the next time you put those little pink and white balls in your milkshake, remember to think about its nutritious sibling and take a moment to appreciate that too.