Life After Divorce: Pursuit Of Gloom Or Glory? 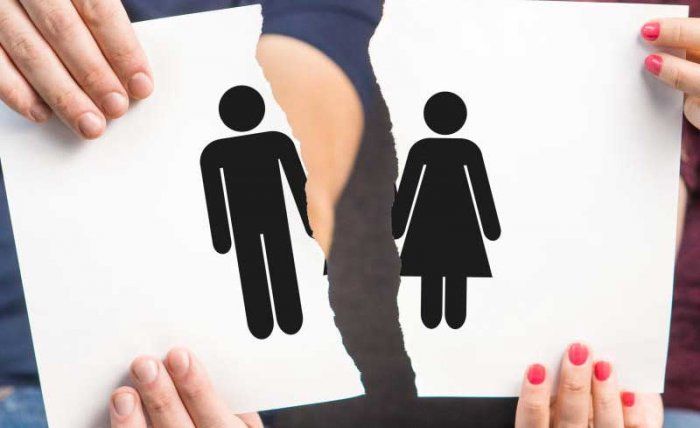 Marriage is a sacred bond between two soulmates who were destined to be together. Marrying someone means sharing the rest of your life with your beloved. Marriage is believed to be a relationship of sanctity in human society. Couples take vows to love each other unconditionally till death does them apart.

But sometimes these marriages come with an expiry date and divorce seems to be the most viable option. Life after divorce can prove to be the dawn for mental peace or dusk for your social life. Divorce happens for different reasons. There are times when a couple falls out of love or finds themselves incompatible with each other.

In some worse cases, the discovery of clandestine and illicit affairs smash the marriage to smithereens. Mental or physical abuse is also a very common reason for the surge in divorce rates. All these things dissolve the very fundamentals of marriage.

However, life after divorce is a transitional period. In physicality, divorce is just plain paperwork but happens to be a very complex procedure mentally. These few pages of paper feel heavier than the tomes. Albeit, the journey to go separate ways is surely liberating and worth all of it.

In India, oftentimes, people marry due to familial or societal pressure. Having reached a certain age is the primary reason people are pressurized for marriage. Suddenly, the whole neighbourhood would start looking for a suitable match, who probably doesn’t even know your correct name. Every social event would now come with a patent question of ‘when are you getting married?’

Instances like these force a person to marry with a wrong mindset. These things usually result in an unhappy marriage and sometimes divorce.

India Has The Lowest Divorce Rate

India boasts of the fact that it has the least divorce rate in the world. It is salubrious to see that Indians actually believe in this sacred bond and commit to it whole-heartedly. But another whopping and disquieting reason is women’s social and financial status as a divorcée.

The cycle of reliability of women in India is vicious and never-ending. She first of all relies on her father until she gets married to her husband. Secondly, her husband becomes the provider and is reliable for all her needs. Followed by her son inheriting the responsibilities along with paternal property, when she becomes senile.

Having been told to rely on men in her life, women never get to stand on their own feet. This reliability makes it hard for women in India to even look at divorce as an option to get out of a toxic marriage. Thus, the low divorce rates.

The Indian society sees a widow with pity eyes and a divorcée with judgy ones. A failed marriage makes a divorcée a failed woman, according to them.

Socially, her status is now lowered, and all the stature she once was glorified for is now not worth a single dime. Conversing with her is now deigned.

Financially, there might be a lot of problems too. All thanks to patriarchy, women have always been conditioned to rely on men. It becomes hard for them to find a suitable job to afford her livelihood.

Children are the most affected by their parent’s separation. It can take a mental toll on their health. But you need to teach them why it is important to take a divorce. A toxic relationship is worse than a divorced one.

Also, they will always be loved no matter what, or who their parents are in a relationship with. They will surely understand and rather be happy about it.

Single And Ready And To Mingle

As soon as a couple gets divorced the family and all the uncles and aunties start looking for another match. It is pretty easy for men to find a girl who is pretty, educated, and all things good even after being divorced.

Unfortunately, divorced women mostly get matches of men twice her age, not so handsome and uneducated. Out of the blue, she has now become unworthy and lesser than what she was during her first matchmaking.

The status of divorced men is not at all disgraced, it is just the women’s.

Ever seen someone pay a good amount of fortune along with a product to the customer? Witness this in India. In the name of dowry, women who are anyway worth its weight gold are sent off to their husband’s home with a huge amount of tocher after marriage. All this comes with many terms and conditions.

The condition to keep the husband happy and well-fed, no matter how he behaves. To maintain his house and look after the needs of his family. All these terms and conditions are the root causes of chaining women to the house. It is like keeping them on a leash. Acknowledging the fact that a relationship between two people comes with highs and lows and one has to compromise for the happiness and growth of it.

But these compromises and adjustments should not be a one-way lane. The notion of a better half should not be hyped. It is nothing but psychological conditioning to make an individual feel incomplete on their own. Being whole is what makes one an individual in the first place. The compromises that come along with responsibilities should be equally divided. Otherwise, it becomes a very toxic relationship. Continuation of these things makes the divorce rectitude.

Life after divorce for women in India has its social and financial barriers but the followed cathartic relief trumps these losses.

Not About Privileged Or Underprivileged Women

Women who come from wealthy families are equally as afraid of the social menace as the underprivileged ones. Even if a woman is independent, has her own successful business, and is well educated, she is afraid of the consequences. She knows she would be shushed the very second the moment she says the ‘D-word’.

The bombing of this d-word might lead to an explosion of her reputation, worse than Hiroshima and Nagasaki. Saying the word rape isn’t seen as a sick thought but divorce surely is.

Leave the society, even the family of divorced women in India does not show support to the decision in most cases. And the fact that one can opt for it not because she was cheated or abused but feels incompatible is alien to parents and society.

Women and divorce are two different words that should not be used in a single sentence in India. It would result in unpleasant and marring havoc. However, women are now empowered unlike before and are completely aware of their rights. With this, the social stigma about divorce has slowly started to fade away. Hopefully, one day, people will gradually realize that it is a personal choice and not a crime.

Also Read: The Impact Divorce Has On Your Family Members