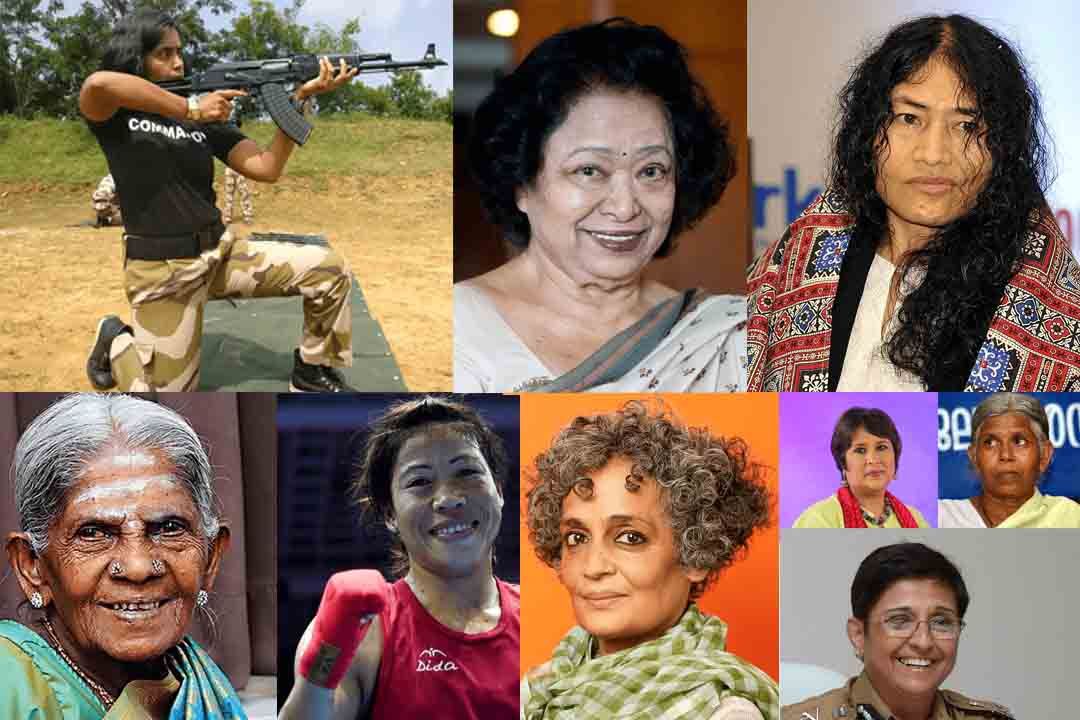 Gone are the days when women were considered weak. They were supposed to cook and clean. A woman had to spend all her time taking care of her family. She had to be a mother, an obedient daughter and a perfect wife. It was believed that a woman does not have any voice.

But this was history. Women have demonstrated that they are no less than men. They have shown their worth in every field, everywhere that is possible. Women have fought for their rights. There are many strong and influential women around the world.

These women are influencing young girls for many decades now. They have taught us to be brave and to follow our passion. There have been plenty of women born in our land. Let’s look at some of the women inspiring the world.

Here is the list of influential women of India:

Who Are These Women?

All women are special. But there have been exceptional women in history who have changed the mindset of people by their brilliant works.

Today we have powerful women in every field, i.e. science, arts, commerce, sports, etc. It has all been possible because we were encouraged and influenced by these strong women.

Many powerful women go through their lives unnoticed. Their hidden powers have to be provoked. Such is the story of Dr Seema Rao. She is a martial arts expert and the first woman combat trainer for Indian Armed Forces.

She has excelled in Taekwondo, Krav Maga and Karate. She trains the military forces for combat and close proximity battle. She is called Wonder Woman.

She was sexually assaulted in her childhood and this led to the fire that she has become today. Not all traumas push you into depression. Some women are stronger and brave. They learn to fight and that is what Dr Seema Rao did.

She has a degree and knowledge of medicine and immunology. She is trained in firefighting. Dr Seema Rao has been influencing young girls out there.

Women have not only shown their talents in the field. Shakuntala Devi was a brilliant mind. She did extraordinary mathematical calculations within the seconds.

She had no formal education, she was discovered because of her talent. She holds a world record in The Guinness Book of World Records. She was given the title of Human-Computer.

She is an inspirational woman. She had travelled throughout the world exhibiting her magical memory and unique mathematical solving skills. She was also the first woman to talk about homosexuality in her book. She could multiply two 13 digit numbers within seconds. Many girls now look up to her and want to be like her.

Irom Sharmila or the Iron Lady proved that a woman can go to any extent to voice her cause. She is a political activist. She is majorly known for her 16 years long fast. She wanted to abolish the rights given to Special Forces in the seven states of North Eastern India.

She went on a hunger strike in 2000, which ended in 2016. It is a wonder what our will power can make us do. She is an embodiment of power. Her sacrifice and devotion will not go in vain. She has decided to join politics and continue fighting for the cause she believes in. She is one of the most influential women of India creating history.

This Kannada woman proved that you don’t have to be a Scholar to do great things in life. She is very well known for her active participation in afforestation and environmental programs. She was the one who planted 385 Banyan Trees in a stretch of 5 km in Karnataka.

She has planted more than 8000 trees in her life. She has no formal education, yet she is an award-winning environmentalist. She is influencing young girls and making us aware of environmental problems. She had found the sole purpose of her life and peace in planting trees.

Mary Kom is a familiar name. She has been an inspiration and role model for many women all around the world. She is one of the most powerful women of the world. She is a well-renowned boxer. Her accomplishments are the fruits of her hard work and dedication. She had to make a lot of sacrifices to reach where she is today.

Arundhati Roy is a brilliant writer, novelist, and an environmental and human rights activist. She has devoted her life for the upliftment of her homeland. She has written many novels aiming at the political inaccuracy in our country. She has been awarded the Man Booker Prize for her novel The God of Small Things.

She has been criticised for her work many times. But she has never given up the fight. She is a powerful example of a strong and inspirational woman.

Kiran Bedi is one of the many women inspiring the world with her work. She is the first woman IPS officer. She is well known for her reforms in the Tihar Jail Delhi. She has a degree in law and a PhD in social science.

She has worked against drug abuse, domestic violence and terrorism. She has started two of her own NGOs. She is a true patriot. She is also a social activist and author.

Barkha Dutt is an Indian journalist. She was honoured with a Padma Shri award for her bravery in reporting the Kargil war in 1999. She has been criticised for reporting Mumbai attacks 2008. She continues to bring the hidden truth in front of the eyes of the Indian public.

Mayilamma is a social and ecological activist. She held a fight against one of the biggest commercial brand i.e. Coca Cola in Kerala.

She raised a case against the Coca Cola Company. Her village was getting polluted by the Coca Cola Plants. Because of her active participation, the Coca Cola plant was finally shut down in her village. She is an inspirational woman fighting for her rights.

Here the account of some of the influential women of India creating history and pioneering mountains. There have been plenty of Indian women who have shaped the world by their strength, wisdom and hard work.

We look at them with admiration. It must have been hard to break through the social norms to achieve their dreams and passion. We salute these women. They keep inspiring and encouraging us.