India's First Indoor Ski Park Is Coming Up In Kufri! Here's Everything You Need To Know 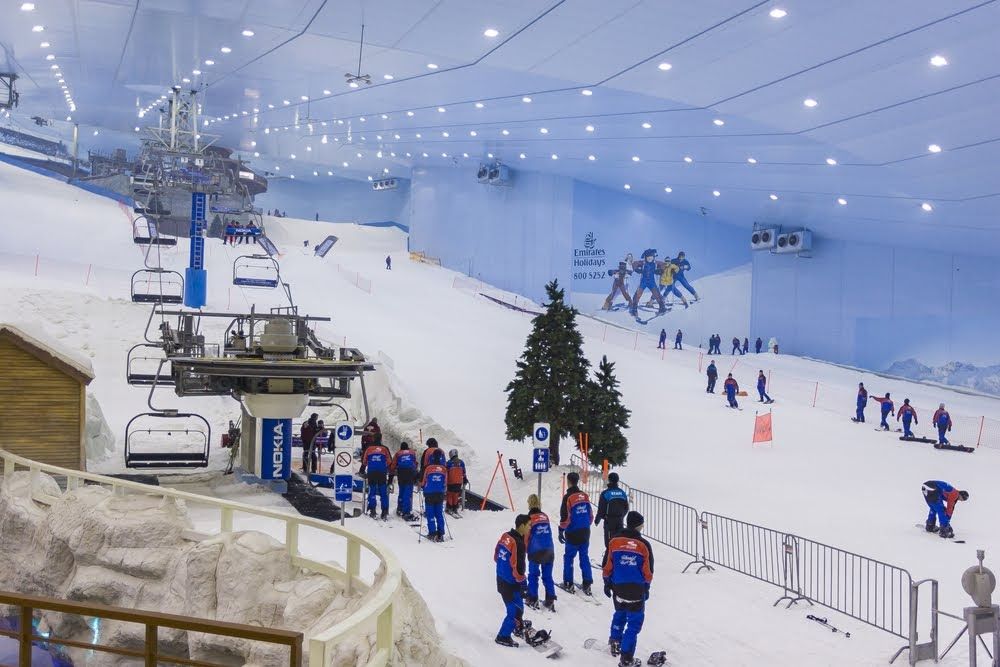 We all love adventurous activities and who doesn’t love skiing? Well, if you do love skiing, you should know about this good news! India’s first indoor ski park will soon be developed in Kufri, Shimla. As we all know, Himachal Pradesh is known for its mountains and snowy weather, which makes it the most favorite tourist place in the whole country and now, there’s another reason to love the beautiful Himachal Pradesh.

Besides providing world-class amenities to the tourists, it is now going to be one of the favorite places to have fun and adventure because indoor ski park in Shimla will soon be developed this year. Well, aren’t you excited?

Also read: Safest Places In India To Travel During COVID-19

What Is The Objective Of This Project?

Himachal Pradesh is popular for providing its tourists with the best experience and the strict objective of the state government is to make Himachal Pradesh one of the best tourist destinations in India and to provide it’s tourists the best and world-class amenities. This project of making an indoor ski park in India is going to fulfil that objective. Making the state more tourist-friendly and the state government would go to any extent to make the state the best recreation spot for tourists.

The project is foreseen as an opportunity for the state to boost its tourism and adventure sports this year. This will expand economic activities in Shimla and another bordering area in Himachal Pradesh which will also increase the stay of tourists. This project is also likely to induce employment opportunities for about 1000 people.

What Is This Recreational Project?

The government has allocated an area of 5.04 acres in Kufri for this project. The cost of this project is estimated to be INR 250 Crores. The project is also said to have a lot of recreational and refreshment facilities too which is expected to include:

The chief minister, Jai Ram Thakur who was present at the event has made it clear that the government is very much committed to making Himachal Pradesh the best tourist station in India by it’s coming up of state-of-the-art amenities.

Word from the Developers of the Project

The developers of this recreational and megaproject and the owner of Nagsons Developers, Nishant Nag has said that the project has been designed by Infinity Design Studio in Mumbai and it will be executed by unlimited snow, the makers of Ski Dubai and Ski Egypt. The developers had also said that the project would be the fusion of contemporary and local style and the notion is to re-organize Kufri in Shimla as a 365-day Ski destination in India for the first time.

The construction work for India’s first indoor ski Park is supposed to commence in March 2021 and the ski park will become functional in April 2022 as per the developers of this project, Nagsons Developers. The Netherlands Unlimited Snow, who has also worked hand-in-hand for Ski Dubai and Ski Egypt shall enforce this project, so we can wish for the best!

So, if you are a person who loves snow and adventurous sports, well you do not have to wait to go to Dubai or other snowy countries to experience it because India’s first indoor ski Park is coming up which will not only boost the economic activities in Himachal Pradesh but also add a touch of recreation and adventure In this beautiful spot.

Dubai isn’t all about sand dunes but Ski Dubai is going to make you feel like you are in Austria. There are 5 ski runs, a snow park for sledging, cafes and also, penguins, real penguins!

Snow World is Europe’s largest indoor ski Centre with 5 slopes and chairlift. There are five in-park restaurants to fill your tummy after sledging and bouncing.

This indoor ski Centre was featured in UK celebrity snow sports reality show, the Jump. The amenities include a wide lesson slope, a snow slide, sledging area and a lodge.

AlpinCentre in Germany had the world’s longest indoor run, about 2100 feet long. It has also got a toboggan track, indoor skydiving, and the highest Biergarten of the Ruhr area.

The massively popular indoor snow attractions in Singapore enjoy this snow city in a Disney-esque version of the Arctic. It has a slow playground, an igloo, a giant snow-slide, a bumper car ice rink and more.

The most chill city in China, Harbin has the world’s largest indoor ski resort. The guests can take lessons, ride the chairlift, ski six different runs and play in some castle.