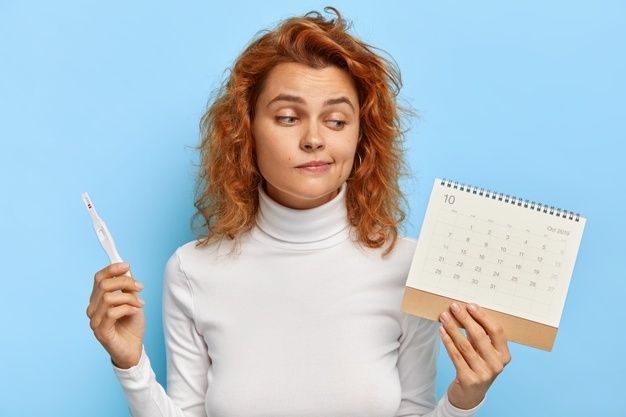 Pregnancy can have various implications for various people. Some people might be planning their pregnancy for a long time whereas, it might come as a shock for others. Experts recommend the usage of pregnancy kits that are readily available in medicine stores nowadays but there’s no harm in trying out certain kitchen and household ingredients to check whether you’re pregnant or not or whether they work or not. A homemade pregnancy test can be done but it’s also important to realize that relying only on a DIY pregnancy test is not advisable.

Below are the advantages of homemade pregnancy test:

The ingredients that are popular for carrying out pregnancy tests are extremely easy to get hold of. Most of them are almost always present in our homes. We’re sure about the fact that you’ll be amazed to know about certain ingredients that are actually known to test pregnancy, which have been lying in your kitchen for ages and you haven’t even thought about using them before.  Moreover, in cases where the pregnancy is unplanned and there’s a fear of people getting to know, these methods turn out to be super handy since people won’t even doubt you if you’re seen working with these items or ingredients.

You might be wondering whether it would be safe to resort to a DIY pregnancy test or not but let us assure you that not only are these ingredients absolutely safe but most of them are also natural. These ingredients are not meant to come in direct contact with your body and thus, there’s no fear of any kind of mishap while performing these tests.

It might be pointed out that pregnancy testing kits are extremely affordable nowadays but it cannot be denied that some of the homemade pregnancy test ingredients don’t even need to be purchased separately since they’re already there within our reach. These are time and energy-saving options as well.

How does the Homemade Pregnancy Test Work?

Pregnancy can be determined by the HCG hormone level in our urine or our blood. For this very reason, pregnancy tests are conducted on either urine or blood samples. Most of the homemade ingredients are mixed with urine samples to detect whether an individual is pregnant or not, due to chemical reactions that occur between the human chorionic gonadotropin hormones and the particles of that particular ingredient.

Below are the ingredients for home pregnancy test:

Yes, you read that right! Vinegar is an extremely popular DIY pregnancy test ingredient. Mix your urine with 3-4 tablespoons of vinegar in a jar or a container and wait for a few minutes. It has to be kept in mind that the vinegar used should be regular white vinegar. If the solution doesn’t exhibit any change, the test result is negative, whereas, if the solution is found changing color and forming bubbles after reacting with HCG hormones present in the urine sample, the result is positive.

At-home pregnancy test can be carried out by using an ingredient as common as sugar as well. Sugar is added to the urine sample in a container. If there are HCG hormones in the urine sample, there would be no change in the sugar particles. However, if it’s otherwise, the sugar particles wouldn’t readily dissolve and would instead form lumps. The alternative to this test can be done by using salt if sugar isn’t readily available at that time. The salt acts in a similar way and appears in the form of lumps if the test is positive.

Baking soda is yet another extremely common ingredient and often used for a homemade pregnancy test. A few tablespoons of baking soda are added to the urine sample and the mixture is left to sit for some time. If you’re pregnant, the baking soda is going to react with the urine and cause effervescence with a hissing sound. If nothing happens, you’re not pregnant.

Shampoos, as well as soaps, can be used for testing pregnancy. A few drops of shampoo are added to the urine sample and the mixture is kept for some time. There’s a chance of pregnancy if the mixture begins to fizz and foam. Otherwise, the result would be negative.

Factors to Keep in Mind While Conducting a Homemade Pregnancy Test

Here are the factors that must be considered while conducting a homemade pregnancy test:

While performing these tests, one should keep in mind the vitality of performing them more than once to be sure about the results. Even if the results aren’t clear in the first few attempts, there should be prominent results in the later ones.

Drawbacks of A Homemade Pregnancy Test

Various drawbacks of a homemade pregnancy test are:

In most cases, the tests need to be carried out again and again before coming to a proper conclusion. Desirable results are rarely achieved in the very first attempt.

There are no proper scientific explanations or proven viability of these methods. They are known to provide results because of the way they react with the HCG hormone and that’s all. It can be quite fun and interesting to perform a homemade pregnancy test if the periods are missed quite a few times and there’s a chance of pregnancy but it should always be followed by a legitimate scientific test using a pregnancy kit or a test conducted by a doctor. Certain pregnancies can get complicated and it is not a good idea to depend only on homemade tests. A doctor must be consulted sooner or later. The aforementioned methods should be tried out to examine the legitimacy of homemade tests by checking whether the result provided by them is the same as the result provided by scientific tests.