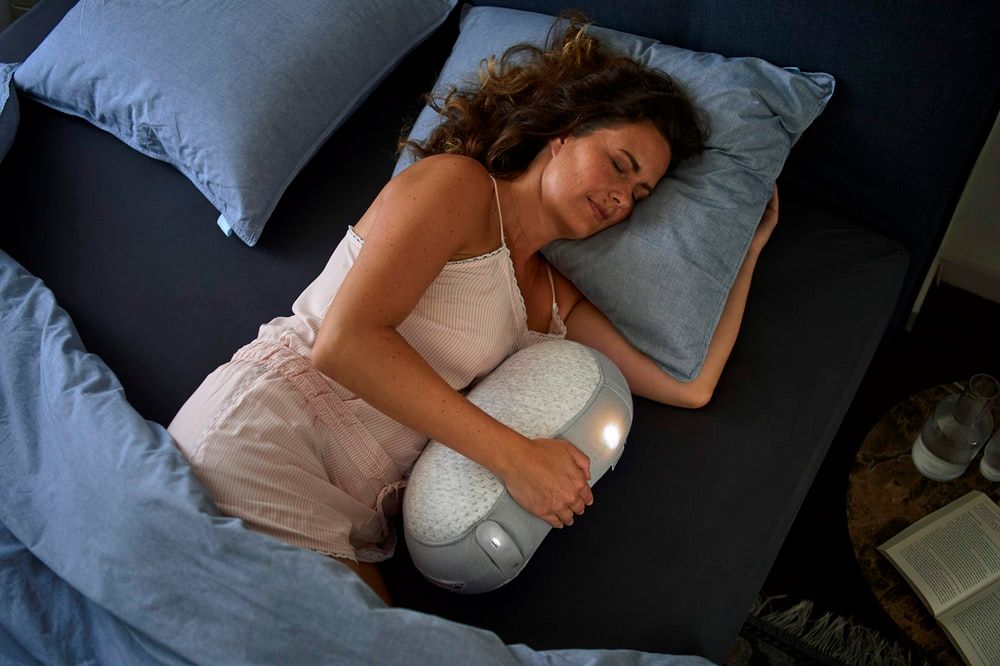 We have often seen in movies and television soaps and heard from relatives and elderly neighbours that the mother requires plenty of rest while she is pregnant. Hey often attribute it thinking about the future, for once the baby is delivered, the mother usually spends bounty sleepless nights, caring and feeding the infant. However technically, this is not the proper and factual reason behind why pregnant women require the body to rest or the need to take occasional naps.

Pregnant women usually feel slightly fatigued during their gestation period, and the excessive sleeping during pregnancy can be attributed to the pregnancy hormones. These hormones may also lead to insomnia in certain women and the consequent body and hormonal changes generally make it difficult to get enough undisturbed sleeping, causing tiredness and stress. Thus, it is essential for a pregnant woman to relax and rest for the proper development of the foetus.

What is meant by sleeping too much during pregnancy?

The term ‘too much’ or, ‘excessive’ is somewhat objective and primarily depends on a person’s typical sleeping habits and needs. The National Sleeping Foundation has studied the normal amount of sleep required to live a good and healthy life. According to them, a minimum of 7 and a maximum of 9 hours of sleep is recommended for women who are pregnant.

The amount of sleep required by a pregnant woman’s body also depends on genetics and the quality of sleep the body is getting. But, an average of 8 hours of sleep is a generally good assumption for the development of the body and the baby.

However, if the pregnant mother has been sleeping for a good 9 to 10 hours daily and the quality of sleep is reasonably good or undisturbed, then that might be a sign of sleeping a lot during pregnancy. But, in case the sleep pattern of the pregnant woman is disturbed several times a night, then the woman might require more than usual bed resting than normal.

Why is sleeping important during pregnancy?

Not just during pregnancy, a minimum of 6 hours of sleep is necessary for all human beings to carry on with their daily lives fluently. However, it becomes essential during pregnancy. Scientifically stating, sleep is necessary for all kinds of vital bodily functions, as well as for the restoration of energy, which allows the brain to process new information which it takes in when a human being is awake.

Sufficient sleep releases certain hormones that help a person react promptly, focus and control emotions. Insomnia or, a chronic lack of sleep is dangerous and can possibly lead to serious health ailments.

What makes a pregnant woman tedious and sleepy during pregnancy?

It is a common symptom to feel fatigued and tired during pregnancy, especially during the first and the third trimesters. It happens due to certain hormonal changes during these months.

During the first trimester, the blood volume and progesterone levels increase. This tends to make a pregnant woman feel pretty sleepy. During the third trimester, the expecting mother gains the extra baby weight and the emotional anxiety concerned with pregnancy makes the woman yearn to spend long hours in bed.

The hormonal and psychological changes are also valid reasons why a pregnant woman may not be getting adequate quality sleep in a bed. The discomfort and anxiety related to pregnancy are some other reasons related to the lack of sleep and restlessness. These can lead to sleepless nights and tiredness during the day, which may make a woman crave for more naps.

Is excessive sleeping during pregnancy harmful?

Excessive sleeping during the third trimester of the pregnancy may prove to be fatal. One study shows that women who slept for more than 9 hours continuously, without disturbance and routinely had non-restless sleep during the last month of the gestation period had a greater probability of stillbirth. However, some scientists state that the reason behind the fatality of the unborn is not attributed to longer, non-restless nights which might result in decreased foetal movement.

While the pregnant mother may not want to sleep peacefully during pregnancy, it is necessary to spend at least 8 hours in bed in a day as there might be some benefits of sufficient sleep at early stages of pregnancy.

What are the benefits of sufficient sleep during pregnancy?

Insufficient sleep may also cause long-term damage to offspring with severe effects. Thus, it is necessary to keep in mind that if a pregnant woman is having less sleep at night, it should be compensated with more sleep during the day.

The quality of sleep also matters a lot during pregnancy, alongside the amount of sleep. Sleep-disordered breathing can develop during pregnancy if the expecting mother fails to get enough sound sleep. This also increases the risk of preeclampsia.

Some pregnant women develop snoring which, the doctors usually link to preeclampsia and gestational diabetes.

What affects sleep during pregnancy or cause excessive sleeping?

The first and third trimester causes visible hormonal changes in the body. The blood pressure and blood sugar levels decrease potentially, causing tiredness and fatigue. The increase in progesterone also leads to oversleeping.

Sleep apnea is a medical condition that affects breathing while sleeping. Under such circumstances, a doctor should be consulted immediately. It is mostly caused by psychological and hormonal changes and the anxiety of developing a child inside.

Pregnancy-related aches and pains may cause insomnia in the first and third trimesters. Increasing anxiety and stress can also cause insomnia during pregnancy.

The rise in oestrogen levels or the lack of folic acid and iron can give rise to restless leg syndrome and many unpleasant nights during pregnancy.

Pregnant women tend to urinate a lot because by the third trimester the growing foetus puts extra pressure on the bladder.

How to Improve Sleep Cycles During Pregnancy?