Herbs And Other Foods To Cleanse Your Kidneys

Your kidneys help to cleanse your body by removing all the waste and cleaning your blood. They’re like the body’s personal filtration system. They also help to keep your blood pressure at a normal level, produce red blood cells, and also maintain electrolyte levels. Your kidneys need to be healthy for your body to be able to work efficiently. So you have to make sure, for kidney cleansing, to maintain a healthy diet and drink plenty of water.

However, lots of people don’t do this and that’s why so many people have kidney problems. Now there are certain herbs/spices and other food items which are said to help with kidney cleansing, to make the whole process easier. If you’re curious about it, you can check them out.

The humble ginger not only tastes great in a piping cup of tea, it can also help to cleanse your kidneys. It contains an active compound called gingerol, which works as an antibacterial agent and can really help to remove bacteria in your kidneys. It’s been used as a natural remedy for thousands of years to help with kidney problems. Also, the great thing is, ginger is quite easy to add to your regular diet, you can just put it into meals regularly if you weren’t eating it already.

Parsley is an aromatic herb that is sometimes used in natural medicine and herbal medicine. You probably also use it as a garnish for your meals and in hearty soups. It is full of antioxidants that are good for your kidneys.

You might not be familiar with this particular pretty little yellow wild plant, but it has a long history. Native American tribes reportedly used it to maintain urinary tract health, because it worked as a diuretic. It can help flush toxins and tone the urinary tract. It also helps with inflammation. Its flowers and leaves can be used to make tea, usually the parts of the plant that grow above ground are consumed.

Cranberry plants don’t just produce delicious fruit, the fruit is also really useful. Popularly used in the US to make sauce as an accompaniment to turkey, cranberries can be really useful for resolving your kidney issues. They can help with urinary tract infections, kidney stones, and other kinds of kidney-related issues. Studies have shown that women who eat cranberries twice a week actually have fewer urinary tract infections. It’s not a herb, really, but the health benefits of the cranberry are enormous. Dried cranberries can be quite delicious and you can add them to your morning yogurt or your cereal, or eat them with some nuts and dried fruit.

The dandelion herb is considered an annoyance sometimes, because it’s considered a weed, but it’s been used in herbal medicine for some time, especially in traditional forms of medicine, like in China and in Native American tribes. It has diuretic properties and can help to purify the kidneys, but it also has loads of other benefits. It can help with issues like acne and liver problems, and even anemia. Dandelion root is often sold in capsule form, or made into an infusion or a tea.

The juniper tree produces seed cones called juniper berries. These berries are often used to improve the flavouring of drinks, or they’re used in cooking, and are categorised as herbs. They help keep your cholesterol levels normal and protect the kidney against toxins. Native American tribes would use juniper berries to cure bladder problems, and even the ancient Greeks used them as purifiers. They are also known to have anti-inflammatory properties.

You’re probably quite accustomed to adding some chopped garlic to your meals, but garlic is good for the kidneys as well. The allicin present in garlic has antifungal and antibacterial properties, and also helps to fight inflammation. Garlic can actually do a lot for kidney health if you include it in your meals regularly. 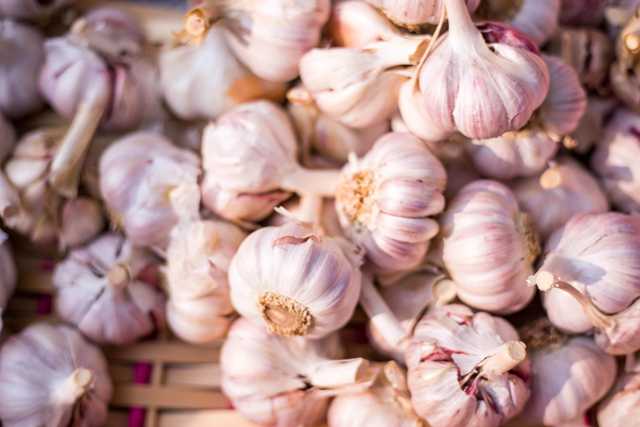 While most of those herbs and other foods have a history of being used in traditional medicine, they’re not as frequently tested by modern science. So it’s a good idea to ask your doctor before trying out some of the more obscure ones that you haven’t used before. In the meanwhile, make sure you’re eating plenty of good, nutritious food and drinking your eight glasses of water a day for optimum kidney health and kidney cleansing.

Ditch The Tampon To Enjoy Benefits Of Menstrual Cup…

A Certificate Of Good Health: 7 Health Screenings For…

Little Cells Of Good Health: All About WBC Count

CBD Oil for Asthma: A Breath of Relief for…