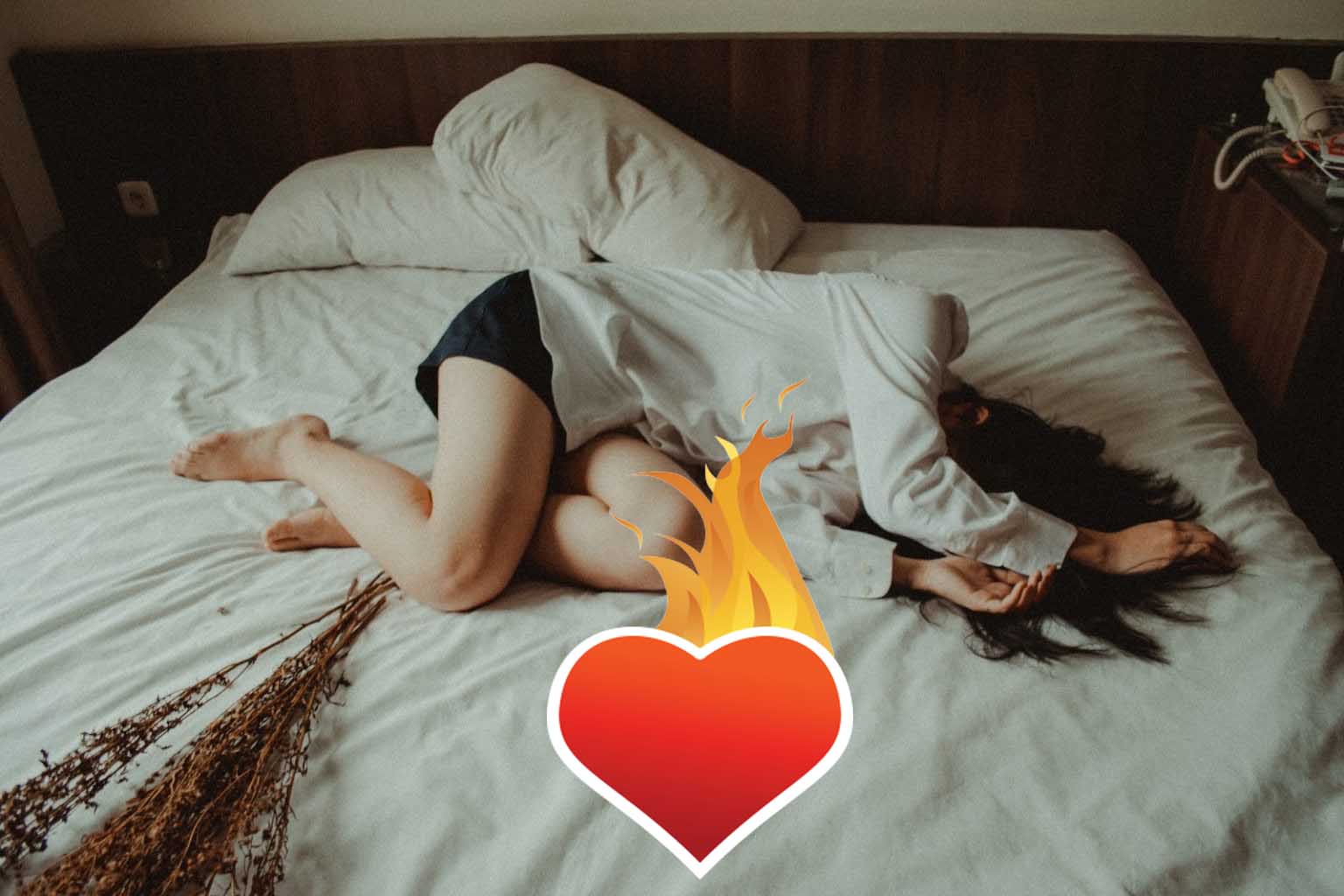 So you’ve just eaten a large, satisfying meal and you lie down, and you feel a burning sensation in your chest. Uh oh. You’ve probably got heartburn. Heartburn or acid reflux is common (especially if you’re pregnant) and will probably happen to you at some point in your life. On its own and occasionally, it’s not something to get anxious over, because it will probably go away after a while or you can try some kind of treatment for it. It occurs when some of the stomach contents are forced back up into the esophagus, and therefore you feel a burning sensation in the lower portion of your chest, below your breastbone.

The most important symptom is in the name itself, obviously; heartburn leads to pain in the chest. You can feel warmth or heat as well, if not a definite burning sensation, in that area. This is due to the stomach acid that is rising. You can also sometimes feel pain rise upwards, and your jaw can hurt as well. You might feel like you’ve got indigestion and your mouth will have a sour, bad taste. You can also have trouble swallowing, and feeling like something is stuck in your throat. You could also have a cough or hiccups, a hoarse voice, and a sense of feeling bloated. The pain might also intensify if you lie down or try to bend over.

You can get a touch of it for several reasons. The lower esophageal sphincter (LES) is a valve that allows your acids to remain in your stomach, but if it doesn’t close tightly or opens too often, stomach acid escapes and goes up your esophagus, thereby causing it. One of the causes for this is when you eat too much at one go. It can also occur due to excess pressure on your stomach, so being obese, pregnant, or having constipation can also give you heartburn.

Also Read: Can Heartburn Be A Symptom Of Pregnancy?

Certain foods are also associated with heartburn, like alcohol, coffee, many soft drinks, tomatoes, peppers and other spicy foods, citrus fruits, garlic and onion, chocolate, and peppermint. Smoking can also aggravate heartburn issues, and so can meals high in oils and fats. General stress and anxiety can also land you with a case of acid reflux, as can lack sleep.

Generally speaking, heartburn isn’t really a major thing. It can last for a few minutes to several hours, and then it’ll go away. It’s a common side effect of pregnancy, so if you’re expecting and are experiencing a lot of heartburn, try to eat smaller meals a day (around five or six, instead of three, in smaller portions). Avoid very spicy and fat-filled foods, and don’t lie down immediately after you’ve had a meal. Avoid other foods, too, that tend to trigger heartburn.

If you’re not pregnant but still dealing with heartburn issues, don’t worry, there are things you can do. Some things are similar; try to avoid lying down after eating and avoid a fatty diet. Follow a healthy, balanced diet. Don’t do a lot of heavy lifts and stretch a lot, and if you find that certain foods trigger your heartburn more than others, try to eliminate those foods from your diet, and then see how you do. Stay away from smoking as much as possible, and try to eat smaller meals rather than eating huge helpings in one go. If you’re overweight, try to reduce your weight, if possible. Exercise regularly, and if you suspect that heartburn is a side effect of some medications you’re taking, then consult your doctor.

Heartburn is rarely very intense and serious unless you have it too frequently and it’s begun to seriously interfere with the way you’re living, in which case you might have gastroesophageal reflux disease (GERD). This disease can cause quite a bit of damage to your esophagus, so you must see your doctor if you suspect that your heartburn is getting out of hand.

It can also lead to complications like laryngitis. If you are simply experiencing a sudden case of heartburn, it will probably go away soon. You can use over-the-counter medication to ease your discomfort. Heartburn is uncomfortable, but it’s not as major as it sounds by any means, so chill!