How to Cope Up With Cervical Cancer? 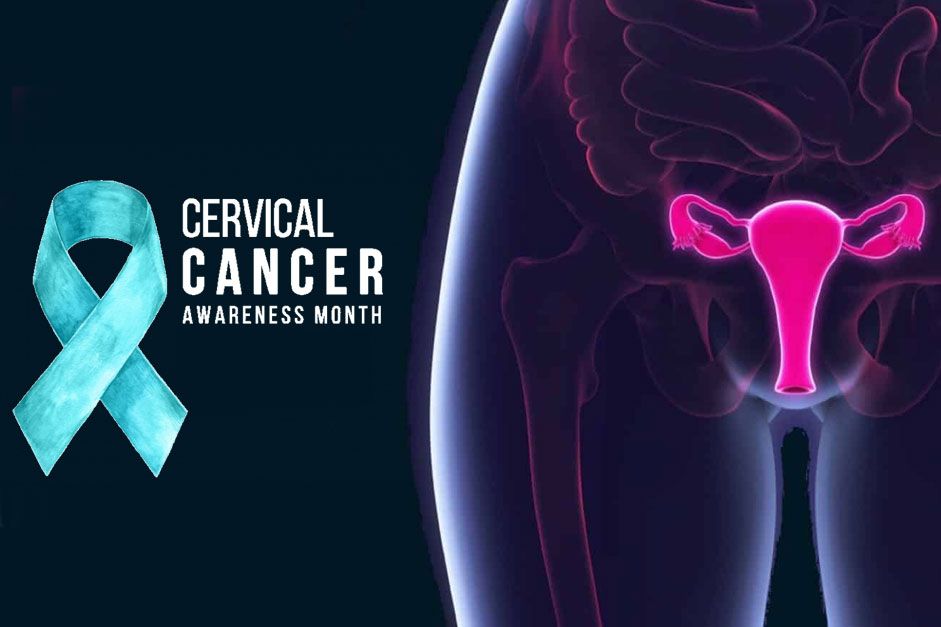 The female reproduction unit consisting of – ovary, fallopian tube, uterus, cervix, vagina, and vulva, is a sanctimonious zone for women, whatever be their sexual orientation. A woman is capable to nurture and carry a child in their womb and give birth at the end of the gestation period. Any problem in this area can disrupt the life of the affected woman. A common and life-altering problem faced by women is cervical cancer.

Cancer in the cervix is known as cervical cancer and it is of three kinds:

Though the exact cause isn’t known but HPV (Human Papillomavirus), a sexually transmitted virus is one of the major causes of this cancer. Our body’s immune system is capable of fighting this viral infection, but there are 2 strains of HPV- 16 and 18 which are extremely potent and can turn healthy cells into pre-cancerous and cancerous cells.

The precancerous cells or dysplasia change into cancerous cells over many years but in some women, this transformation can happen only in a few months. For most women, they aren’t aware of such an infection until it’s too late and in certain cases, the infection can subside on its own. Timely treatment of these precancerous cells, since it is one of the slow-growing cancers, can be prevented from turning into a life-threatening malady.

How To Cope Up With Cervical Cancer?

Two popular methods of screening for cervical cancer are pap smear and HPV testing.  Pap testing is a common test that should be done regularly by all women. Post-30 you should go for pap testing every 3 to 5 years until you turn 65. If there are abnormalities noticed by the doctor, further testing like colposcopy, biopsy, and conical biopsy, LLETZ, pelvic USG, and MRI can be prescribed. The treatment pattern depends on the staging of cancer. There are over 85-90% chances of recovery if diagnosed in stage 0-1.  Post-stage-4, patients have anywhere around 16-20% chance of surviving for 5 years after diagnosis. The treatment options include:

The treatment plan is devised by the doctor after proper diagnosis and staging. There are a lot of side effects to the treatment like infertility, fatigue, hair loss, diarrhea, nausea, bladder irritation, change in menses and early menopause.

Your fertility depends on the treatment method prescribed by your doctor. So it’s important to discuss everything before embarking on the journey to fight cancer. For a lot of women undergoing treatment for cervical cancer their chance at pregnancy is extremely low or nil. But it has been seen that this type of cancer mostly strikes women at a later age. If during surgery only your cervix is removed or you had to undergo conization, then a year after treatment you can try to conceive but the chances of miscarriage and preterm labour become common.

It is high-risk pregnancy and doctors might suggest a C-section, but 70% of women had a successful full-term pregnancy. Radiation and chemotherapy increase your chance of infertility since it affects the ovaries. You can freeze the eggs and can get pregnant by IVF or surrogacy. Also, the ovaries can be shifted to the upper part of the abdomen prior to the start of the treatment.  Your sex life can also be affected since there is an increased vaginal dryness, sensitivity and irritation, shortness and narrowing of the vagina and finally, pain when having intercourse. May women lose self-confidence and become nervous to resume their sex life after treatment.

Having A Support System

It is important to have a strong support system in the form of family, friends and especially an understanding and loving partner. Cancer and its treatment take a huge toll on a patient’s physical, mental and emotional health. With diminished chances of fertility and difficulty in coitus, a woman may find it difficult to cope with life. Talk to your doctors and a counselor if required.  Don’t let the disease claim your happiness. Fight and triumph over the challenges.

Get tested. Be safe!

Also Read: How To Check Your Cervix And Cervical Position