Coming Out As a Lesbian 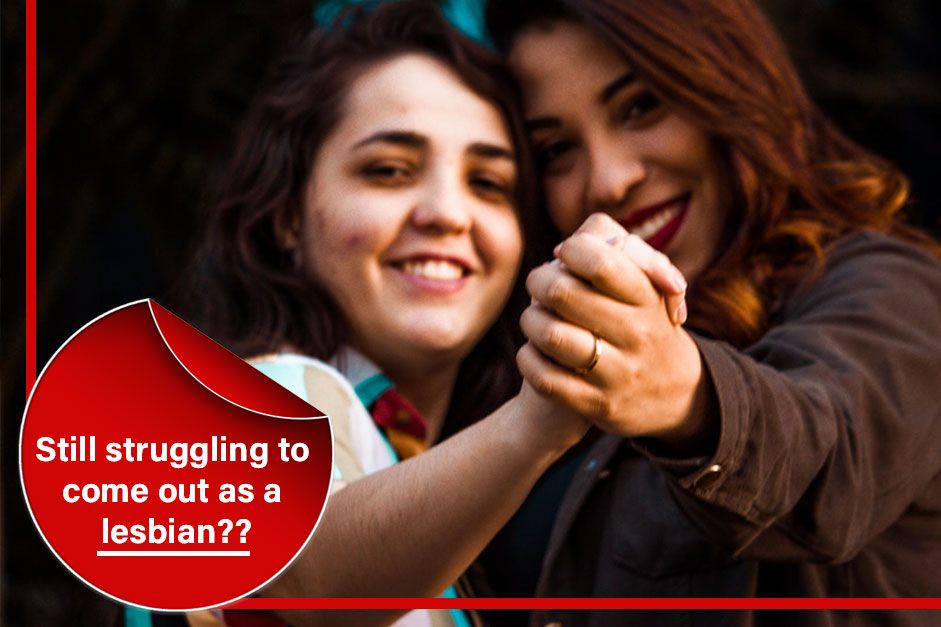 Are You The One Still Struggling To Come Out As A Lesbian?

Still, hiding away just because you don’t know how will people react?? If that’s the case, worry no more as we have got the right way of confrontation for you. For those who are yet a newcomer to this zone, Lesbianism is a term used for homosexual women. Lesbian is a term referred to as women who have a tendency and an urge to get attracted to other women for their platonic as well as carnal pleasure.

Dating back to the 19th century, women having homosexual relations, were called as psychologically ill, and that they did not want to adhere to the feminine roles. So, from here we infer the level of patriarchy our society exhibits! Hence, before you come out, understanding one thing is imperative that sexuality is something really personal as well as complicated. So, instead of letting the society have a hold over your sexuality, you should first acknowledge your own sexual individuality as a person.

Here’s a list of 10 things that some lesbians wished they knew before they came out:-

You may notice that as soon as you come out people start questioning you like-“you became gay?” Don’t worry when they say so, because that’s how we have been raised. We are made to believe that nobody can be gay naturally. So don’t let yourself feel bad due to people’s lack of conscience! Make them informed about lesbianism calmly. Make them understand you are a lesbian right from the days when you inhabited that womb. One can ever become lesbian all of a sudden, it’s just that the courage to acknowledge your sexuality comes to vivid people in vivid time zones.

Many people may have this notion that you have come out as a lesbian just because you couldn’t find a perfect groom and hence you have chosen to fall back in your comfort zone of the same sex. It may sound strange, but that’s how people feel! If such a thing happens when you come out, don’t get surprised and peacefully give it out to them, that this is who you always were and relationships may not have worked because you were not into your opposite-sex partner as much as you are into the same-sex one. There’s always another side of the coin, that people need to witness.

For the world, there are just two sexes available; men and women. There is no third gender and none can exist either! It is because such an understanding requires education and acceptance. So, with your self coming out, try educating people the fact that –“sexuality is complicated.” It is not just about XX and XY. It can be anything ranging from being gay, a lesbian, a bisexual, bicurious, transgender, anything on this earth. And that is not something one has a control over. Fusion happens, you elicit the traits and hence you come in the world. So, it’s nowhere your choice and is nothing to be judged about.

Also Read: How To Know If You’re Bisexual?

4. COMING OUT LATER IN LIFE

If you think you should come out later in life, once you are unshackled of relations like parents, kids, husband; then let me tell you that’s a false notion, a mere notion! It is because society will never leave you unshackled. It’s about you choosing to free yourself of all such things. Also, if you come out at a later stage of your life then you will have to start it all over again. You may feel like a teenager, doing all such things all over again. And above all of this, you may regret the fact that you have very less time to spend with this new partner of yours.

From a distance, you may have a false idea about the established lesbians that they would be quite kind to you, would understand your struggle, would let you have them as your partner. When you go close, the reality gets unmasked! Just because you are new there, doesn’t mean everyone else is. A person who has been there for a long time may not want to commit to you, who is just a newcomer, a mere newcomer. The reasons can be many ranging from-sexual satiety, inexperience, lack of understanding political repercussions, etc. So, be ready to accept this fact without letting yourself have a disheartened perspective.

Perspectives as well as people have revolutionized with respect to their thought process. A lot has changed but complete acceptance is still something we have a long way to go for. So when you come out to understand the fact that you will be disregarded socially, to the extent where even your own parents won’t be ready to accept you. Don’t haste! Let them have their own personal space and time. Coming out is not just new to you as a person, but is new to everyone surrounding you. They need time to gulp down the fact and to view you from new lenses.

People, and society, in general, may put labels on you assuming either of you to be the male member in your relationship. This may feel really agitating. Go forth and confront this fact boldly. Contradict it with the idea of yourself being a simple body inhabiting a living body and exhibiting the traits you want to or doing things you feel like doing. Because when sexuality is complicated, how can someone’s sexual identity exist in binaries of a male and female.

So, these were some of the things you should have a knowledge of before you choose to come out as a lesbian. Also, we recommend you some books to be read to simplify your complications concerning identity, individuality, and sexuality.

Dr. Lauren Costine-‘Lesbian Love Addiction: Understanding the Urge to Merge and How to Heal When Things Go Wrong

LIVE YOUR LIFE THE WAY YOU WANT TO!💚