What Are The Odds Of Lesbian Pregnancy? 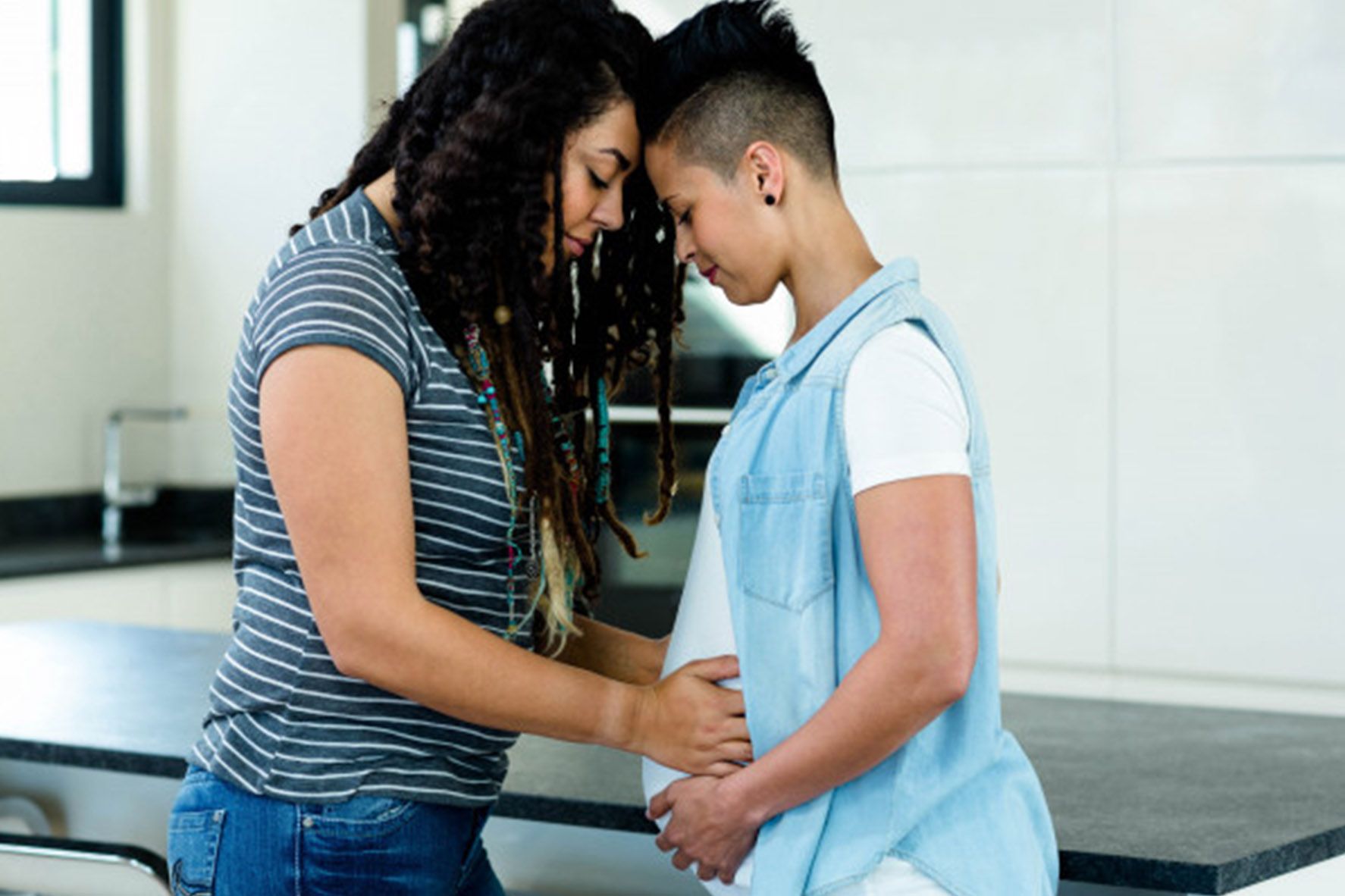 It was not long before when the LGBTQ community had a glorious victory against social norms and stereotypes. This community proved that love is a feeling that is out of one’s control and can’t be manipulated. Love is badass and a rebel who doesn’t feel inferior to society.

A same-sex couple no more sounds baffling as it did over a decade ago. But this bafflement is now preceded by another one, same-sex couple wanting to become parents. Thanks to the advancement in medicine and technology this is possible. LGBTQ community doesn’t have to feel like an alien and can live a ‘normal’ life with a happy family.

Lesbian pregnancy may sound a bit convoluted but is a good thing. Everyone is aware that having a baby requires both sperm and egg. Lesbian couples lack the sperm dynamic of fertilization, but can now have it through various lesbian pregnancy options.

What are the Possible Lesbian Couple Pregnancy Options?

This news may get you struck dumb but there are quite a few lesbian pregnancy options. There is the option of adoption open for all. But if a lesbian couple wants to enjoy the beautiful process of childbirth and prefers to have a biological child they can resort to medical or surgical options.

Although, there are many lesbian pregnancy options available that can be considered as per the lesbian couple’s choice. However, each of these lesbian pregnancy options depends upon various factors like fertility health, age, medical history, and of course, what your reproductive endocrinologist suggests. Every option comes with its own set of pros and cons depending on the same factors.

In this kind of lesbian pregnancy, the eggs are retracted from one of the couple’s fallopian tubes and fertilized in a lab setting. The sperm from a sperm donor is taken to make this fertilization possible. This sperm donor can be anyone of the lesbian couple’s choosing or even someone anonymous.

After successful fertilization, the embryo is implanted back into the womb from where the eggs were retracted.

Both of them are medicated to synchronize their menstrual cycle for the procedure.

In this method, the woman whose eggs are to be used is put under fertility treatments to encourage the production of fertile eggs in the ovaries. Once these eggs are extracted, the mature eggs are fertilized with the help of sperm from a donor.

The embryos are now ready to be inserted into the womb of the carrier. The woman who wants to carry the baby can have it transferred to her womb and experience pregnancy just like any other woman. Also, if the same-sex couple wants to have more babies in the future, they can freeze these retracted eggs or even embryos for future implantation.

Both these methods of In Vitro Fertilisation can also opt for donor eggs for fertilization if required.

In this method of lesbian couple pregnancy option, one partner of choice gets the opportunity to get pregnant by using her eggs. In this procedure, a very thin and long catheter containing semen is used to insert it inside the uterus. This insemination eventually results in pregnancy when the sperm reaches the egg and is successfully fertilized.

Sometimes doctors also prescribe medications for better ovulation and implantation procedures. There is a possibility of having multiples due to the medication used for stimulating egg production. In this case also, the sperm donor can of the couple’s choice or anonymous.

This method is less invasive and expensive than In Vitro Fertilisation. However, the success rate of this lesbian pregnancy option is lesser than the IVF option.

This method of lesbian couple pregnancy is rarely used when neither of the ladies wants to bear the child or have medical issues in doing so. Surrogacy is an option that can be chosen in such cases. The lesbian couple would hire a surrogate, a woman who would carry the child for the gestation period and deliver it.

The eggs used in this lesbian pregnancy option can be of either of the couple’s, the surrogate’s, or a donor egg. The egg is then fertilized with sperm from a donor who can be a friend or someone anonymous, however the couple likes. The embryos are then implanted in the surrogate’s uterus.

In addition to all these things, this procedure also involves legal procedures. A contract must be drafted to avoid any complications in the future. This method of lesbian pregnancy is quite costly as it involves taking care of all the fees the surrogate requires for the procedure.

A family member or a friend can also be your surrogate if they are willing to be. However, it is necessary to sign a contract for everyone’s safety in the future. The medical fees would still be taken care of by the lesbian couple. The surrogate, in this case also, must be screened by a certified doctor first before proceeding with pregnancy.

In a world, full of patriarchs and prejudices against women, lesbian parenting is also scrutinized. Lesbian couples are glowered upon as unfit parents just because the child would lack a man’s influence. These patriarchs are still can’t digest the existence of single moms and even the thought of two moms is a bombshell for them.

Anyhow, studies have found that lesbian or gay men are as fit as heterosexual couples to have kids. Their sexual preferences do not hinder the physical or mental growth of the child.

Also Read: Coming Out As a Lesbian

Pregnancy is a beautiful journey for all couples but some social stigmas make this blessing an affliction for the family.