Did You Have Unprotected Sex With An Unknown Partner? 8 Symptoms Of HIV In Women 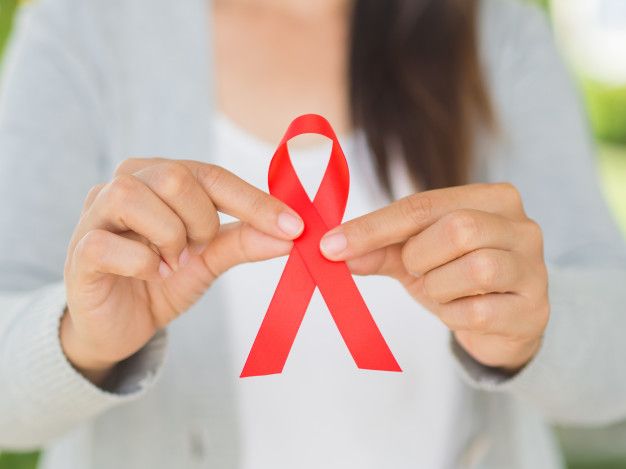 Symptoms Of HIV In Women in women and as well men can be considered as common illnesses in their initial stages. When they gradually transition from being mild to severe, the changes become more prominent. The risky part is, even if you have mild signs, you can spread the virus to other people. It’s important to conduct regular checkups of your body to keep a record of the symptoms of such fatal diseases. Some of them are similar in both men and women but some signs of HIV in women are not seen in men. To know more about them, read along!

Symptoms of HIV in Women

Here are the some major symptoms of HIV in women, so go through and check it out:

1. Rashes on the Skin

HIV symptoms in women include major negative impacts on the skin. Sores and rashes are quite common, along with other infections. These are usually seen around the mouth and the genital region. These may be the direct symptoms of the disease or the outcome of other underlying conditions. If you notice such skin issues, talk to your doctor and begin suitable medication. If these are not treated effectively, they might become very painful with time and leave nasty scars.

The appearance of HIV symptoms in women is a prolonged procedure. Sometimes, proper symptoms may be noticed after 8-10 years after the mild ones are seen. You can also be asymptomatic, that is, you wouldn’t show any symptoms even if you are affected. Mild symptoms, on the other hand, are swollen lymph glands, fever, rashes, headaches, and lethargy.

Various types of infections are signs of HIV in women since this condition weakens the immune system and strips it of its ability to kill germs and infection-causing bacteria. Thus, tuberculosis, pneumonia, yeast infections, candidiasis, and bacterial infections become frequent and difficult to cure easily. Eyes, kidneys, brain, skin, lungs, and the digestive tract are the most common areas that are infected if you’re suffering from HIV. The treatment of such infections involves taking antiretroviral medicines and maintaining hygiene, to stay away from germs as much as possible.

Low-grade fever is one of the very common HIV symptoms in women. This type of fever can be easily overlooked because the temperature readings vary from 99.8°F to 100.8°F. This lasts for a long time, along with frequent night sweats or excessive perspiration at night.

The glands referred to are the lymph nodes, which are located in different parts of the body. Lymph nodes are a vital part of the immune system, containing immune cells. These cells are meant to eliminate germs and bacteria. Some of the areas that have lymph nodes are the armpits, neck, back of the head, and groin.

Certain diseases also come under the HIV symptoms in women. PID is a condition that targets the ovaries, fallopian tubes, and uterus. When coupled with HIV, it becomes even more difficult to treat, than it already is.

Heavier or lighter blood flow, that is, irregular periods also direct to HIV symptoms in women. The periods may be late or might not happen at all. Other than this, signs of PMS or Premenstrual Syndrome also vary in such a scenario. PMS and menstruation become more painful and severe.

If you’re affected with other types of Sexually Transmitted Infections or STIs, along with HIV, the symptoms can become extremely serious to deal with. Genital herpes is one such example, as well as human papillomavirus or HPV, that results in genital warts.

The Advent of AIDS

AIDS or Acquired Immune Deficiency Syndrome is the most advanced grade of HIV. In such a case, the condition of the immune system becomes quite weak and vulnerable and infections become almost impossible to battle against. When the CD4 cell count becomes less than 200 cells, AIDS is diagnosed. The probability of being affected by certain kinds of cancers, like non-Hodgkin’s lymphoma, cervical cancer, and Kaposi sarcoma also becomes high. Short-term memory loss, mental confusion, and coma are the most severe HIV symptoms in women.

Lowering the Chances of Threat

HIV is a type of STD, transmitted through sex or the sharing of needles while doing drugs. Ways to reduce symptoms of HIV in women are the following.

Testing for HIV is very important. If you observe any of the HIV symptoms in women mentioned above, consult your doctor and ask them to conduct tests immediately. If the reports are negative, you could be having other extreme conditions. On the other hand, if the reports are positive, treatment needs to be begun as soon as possible to cure you and make your life expectancy better.

Regular body checkups are important, even if you’re unable to read the signs on your own since some HIV symptoms in women are mild as usual. In such cases, the threat is not just for you but also for all those people who’re around you. To avoid all these risks, try to be very stringent concerning sexual health and hygiene. Responsible sex is really important for you, as well as your close ones.