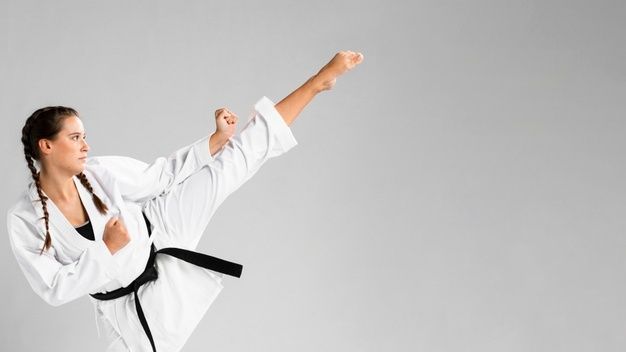 Karate sparring tips for beginners is one of the most renowned and esteemed forms of martial arts that reaps several benefits  in both physical as well as mental aspects. From improving flexibility, agility, and overall bodily strength, to helping one build a sense of self-esteem and confidence, karate is a great way to maintain a balance in life as it goes beyond the aspects of fighting and self-defense. But learning it can get a bit difficult due to the various techniques and complex approaches involved in the learning process, especially for beginners. So, we have here sparring tips curated just for beginners like you who want to get better at this combat sport! But first, let’s learn a little more about sparring.

What Is Karate Sparring Tips For Beginners ?

Sparring, or more commonly known as Kumite in terms of karate, is one of the most crucial aspects of karate training. It is based on a level of demonstration wherein you test out your techniques and skills on a partner in a combat-like scene. It involves you having the pre-agreed level of a contract with your partner. There are sub prospects of Kumite that further involve 7 types:

This means “three-step fighting” wherein the students face each other in pre-established stances.

This refers to “one-step fighting” and is more or less done similarly to Sanbon Kumite and the only difference is that, unlike the latter, this only a single forward movement and a corresponding backward movement of the attacker.

This refers to “basics fighting” which focuses majorly on teaching the students about transitioning from one movement to another.

This means “pre-arranged fighting” as it involves students practicing a pre-arranged set of movements and methods with their partner. It allows a faster and sturdier counter and this training is also considered to improve their sense of timing as well as distance.

This means “modified pre-arranged fighting”. This exercise particularly contains numerous variables, which is precisely why this is yet another one of the greatest ways to improve students’ timing, speed, and transitioning movements.

This essentially means “free fighting” and as the name suggests, there is no particular restraint on the students in their choice of techniques. That’s why this helps them to develop a better understanding of their techniques and movements.

This refers to “full contact, no-pads fighting” and is the most intense as compared to the other types. It requires the students to fight without any equipment and requires an extensive amount of training. Karate sparring is considered to be of great importance as it enables the students and trainers to develop as well as polish their skills and elements about timing, focus, distance, reflexes, awareness, coordination, and agility.

The more practice one gets in this area, the better one’s moves are going to get. However, the purpose of sparring is not simply to allow you to shape your techniques as it also lets your partner make his/her better because sparring only involves practicing in a battle-like scenario and not fighting. That helps both you and your partner to sharpen your set of skills and even learn from each other.

Take a look at these tips and techniques related to karate sparring to strengthening your skills and become better and more focused on performance:

With these sparring tips, you’re all set!