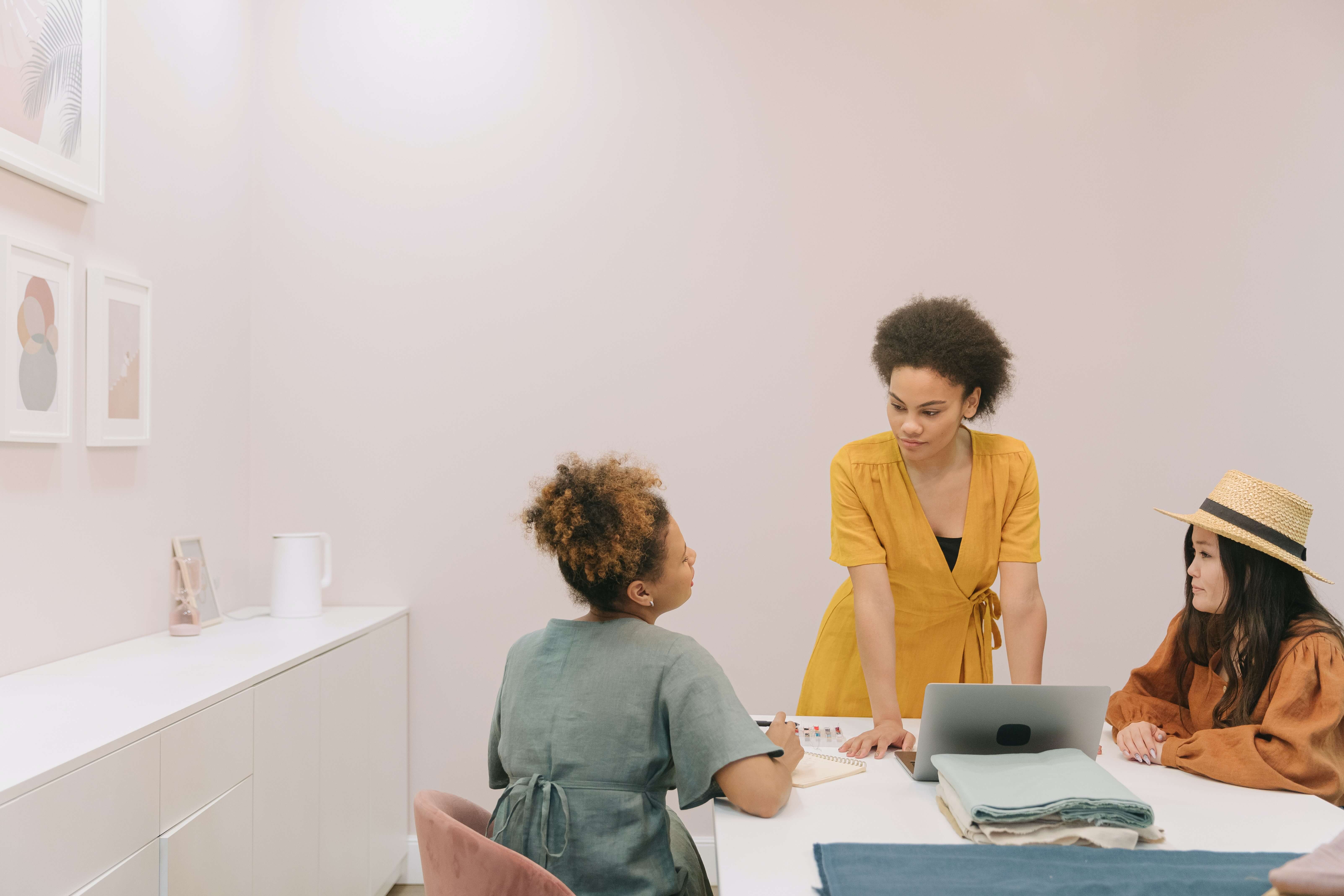 On days when real life disappoints us, we must turn to the television world for a little pick-me-up! If you’ve spent hours watching tv or reading and a book wishing you worked for the fictional women leaders, you’re not alone. We’ve been there too!

The most famous fictional women leaders display complex characters, and that is part of the reason why we look up to them. These girl bosses are never afraid of owning their personalities and standing up to their male counterparts.

Fictional women leaders aid women empowerment. The settings in which these characters are placed are often not different from our reality. They are shown in positions of power, creativity and where conservative molds must be broken.

Throughout television history, a great number of female characters have graced our screens. Today, we pay tribute to some of them!

Veep is one of the greatest generational comedy shows of the decade. In the first episode, we’re introduced to Selina Meyer, the vice president of the United States. As the sitcom progresses, we see Selina go through the vicissitudes of being a girl boss in a conventionally male position. Her story arc is awful, but that is what makes her phenomenal. She lies, has no regard for ethics, and always puts herself first. But this is why she’s real.

Leslie Knope is the polar opposite of Selina Meyer. Perhaps the only similarity they share is they’re both women leaders in political positions. Leslie is optimistic, ambitious, and always wishes the best for her colleagues. Even though her idealism can be annoying at times, she is the biggest champion of gender equality and the best boss you can have around.

Mindy Lahiri is not one of your typical fictional women leaders. A highly respected doctor, Mindy takes her job seriously, but her personal life is a hot mess. The most refreshing aspect of her character is that she is unapologetically herself. She knows what she is capable of and believes in herself. Mindy Lahiri’s character is significant because it proves that women don’t have to let go of their bubbly sides when they become a professional.

Rebecca Welton from Ted Lasso is one of the most complex female characters in sitcom history. In the first episode, she is introduced as the antagonist, but as the story unfolds, viewers sympathize with her.

It’s hard to be on Rebecca’s side at first when her methods are questionable. However, she is the personification of the belief that the best villains are secretly heroes in their own minds. Her character has an incredible redemption arc that shows a woman in power who is deeply suffering in her personal life.

There is an ongoing cliche in television history where women are portrayed as unlikable bosses. Jacqueline Carlyle challenges every line of that cliche. She is not only a fearless leader but also a supportive mentor. She may be hard to win over, but she loves her colleagues endlessly. Her character is a testament to the fact women don’t need to sacrifice their ambition to be happy in their personal lives.

Miranda Bailey is anything but a quitter. One of our favorite fictional women leaders to take inspiration from can be tough as nails but is eternally supportive of her staff. She is independent and a hustler no one can keep up with. Her perfection can be frustrating, but you can’t help but love her.

A cult-favorite, Liz Lemon is the head staff writer in a comedy writer’s room. She is funny without even trying. There are many layers in her character which are riddled with incoherencies. She is highly intelligent but clumsy, witty and sarcastic, and always struggling to maintain her romantic relations. Above everything else, she is lovable and a boss everyone wishes they had.

8. Annalise Keating, How To Get Away With Murder

Along with Rebecca Welton, Annalise Keating is one of the most complex female characters in tv history. A gifted attorney and a criminal law professor, she is terrifying and hard to please. Her character is full of surprises, and it can be hard to love her at times. Annalise Keating is proof that appearances can be deceiving. Even though she is constantly manipulating others to get what she wants, she is a savior who is always there for people who need her.

Jessica Pearson is a top law firm managing partner who is always taking risks and betting on her employees. But, she never stops believing in them or letting them down. Life would certainly be easier if we had a boss like Jessica. She refuses to compromise her morals and is fearlessly optimistic. Besides, it is always energizing to see a person of color as a daring woman leader.

Last but not least, we have Joan Holloway from Mad Men. It is phenomenal how Joan manages a Manhattan office filled with mad advertising men. She is more than just a secretary or an office manager. The office would fall apart without her. She knows that and even owns it.

Her confidence is dynamic, and she is always committed to her responsibilities even when her personal life is complicated. These were some of our favorite fictional women leaders. Apart from their remarkable personas, these fictional leaders prove that women can become whatever they want to and excel.