5 Inspirational Women Who Used Their Voice To Bring Change 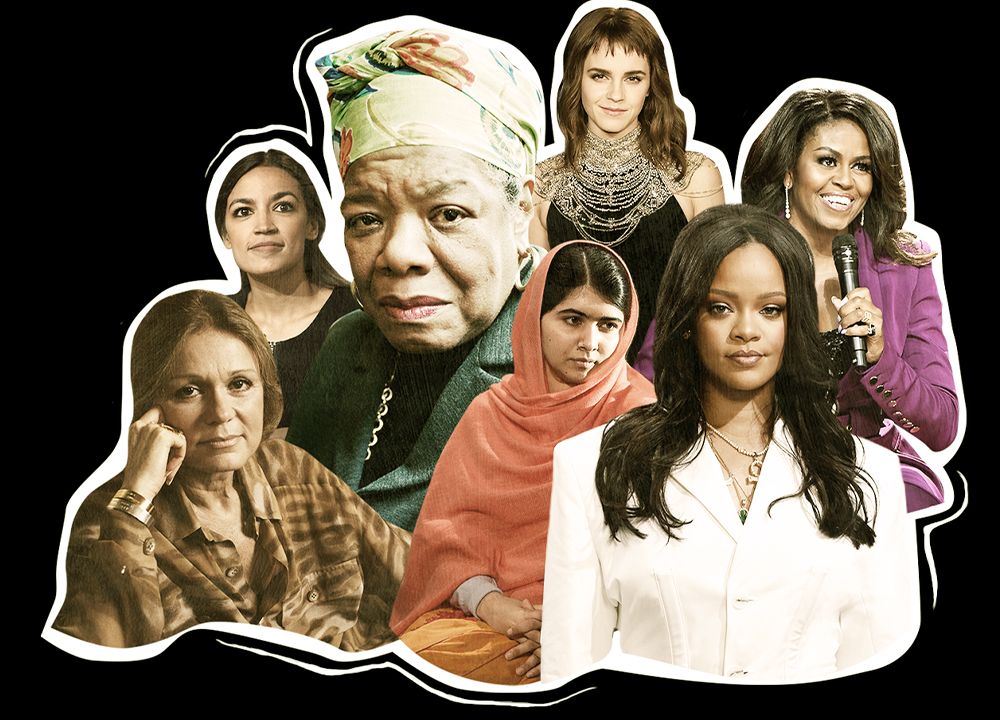 Women for ages have been asked to stay silent because it was unladylike that inspirational women using their voice to change the world . We often come across derogatory comments like “don’t speak about things that don’t concern you”, or “you are a woman you have no say.” This very subjugating mentality had prevented women from voting and exercising their rights. But why the need to suppress our voice- is it because patriarchy fears that history and traditions might be rewritten and this might topple their male bastion and crush their ego.

Every time a woman raises her voice- they start creating a ripple of change. Today, we will speak about some women who have fought with pride and courage and created a better place for their sisters and paved the way for empowerment and independence. In this article, we’ll talk about some of the inspirational women using their voices against the societal evils and injustices.

When we think about young female activists and youth voices for change, one of the first names that come to mind is that of Malala Yousafzai. She’s the epitome of bravery and strength. She survived an attempt of assassination by the Taliban, just at the age of fifteen, in Pakistan. This young activist has witnessed the horrors of war and unrest at a very early age and she uses all the strength and experience she’d gathered since then to sensitize people all over the world.

She talks about the rights of women and children and is a vociferous advocate for education and equal opportunities. Malala is a true inspiration and a woman leader who amplified her voice for what she believed in, despite being amidst the harshest of circumstances. She’s even volunteered in areas that posed a great risk of Taliban attacks. Her immense potential as someone who can change the world has made her the youngest recipient of the Nobel Prize for Peace.

She’s a global idol for speaking up for women’s rights and the importance of proper healthcare and education for them. No list for women changemakers is incomplete without the mention of the former first lady.

As a woman of color, she was a well-known attorney and served in several public sector positions, before her 8 years stint at the White House during the tenure of her husband Barack Obama as the President of the United States. Today, she is a champion for women empowerment and education and her book “Becoming” has been topping the charts across the globe. The way she advocates for the health, education, and well-being of women is commendable. When women leaders amplify their voices for the betterment of the position of women in society, they can inspire many. More female activists like her need to be in command, instead of people who misuse their power.

When fierce and strong women like Madonna stand up for female rights, you know change is long-awaited. Madonna needs no introduction, given the wide plethora of titles and accolades that are associated with her name. She rules the American music industry and is referred to as the ‘Queen of Pop’. She’s also ‘America’s smartest businesswoman’ and is extremely powerful, both in terms of her personal life as well as professional.

The pop icon uses her fame in a way that benefits women which makes her a perfect part of our list of inspirational women who use their voices to protest against what’s wrong and support genuine causes. She’s an international ambassador for equality, feminism, and freedom. If more successful women like her come forward to provide a voice to those who cannot afford to raise theirs, it’s not long until the world would truly become a way better place for women to live in.

Having worked on several subjects of social importance like women’s progress, gender equality, eradication of poverty, etc, since the year 1970, Kamla has emerged as a feminist activist. She is also a poet and writer, with a number of paradigm-shifting works to her name including ‘Exploring Masculinity, Borders & Boundaries: Women in India’s Partition, and ‘Laughing Matters’ that are about gender roles and patriarchy.

The feminism that she talks about is intersectional, taking into account the plight of women irrespective of all social distinctions. Female activists like her the reason why South Asian Feminist Networks like SANGAT are working actively today.

A very notable face since the time she portrayed the role of Hermione Granger in the Harry Potter movies, Emma did not step back from standing up for what she believed in, despite the risk of losing her fame. Instead, she used her popularity as an advantage to talk about women-centric issues. Emma is not just a model or an actress but an equally prominent female activist as well in all her glory.

She was chosen as the Women Goodwill Ambassador of the United Nations in 2014 for her commendable efforts in advocating for the freedom and independence of women. A year before, in 2013, she was also selected as the ‘Woman Of The Year’ by British GQ. She’s a live example of how fame and power can be used in a good way to spread awareness about things that actually matter. If you need more convincing listen to her “She for He” speech.

These were some of the most note-worthy inspirational women using their voices to usher a new dawn for their sisters. But only public figures aren’t inspirational. The everyday woman- who fights a battle every day is inspiring as she instils the belief in others to do the same.

So, be inspired by every single lady who walks this Earth- and most importantly use the fire inside you to inspire others.