Characters Of Women In Video Games- A Reflection Of Misogyny 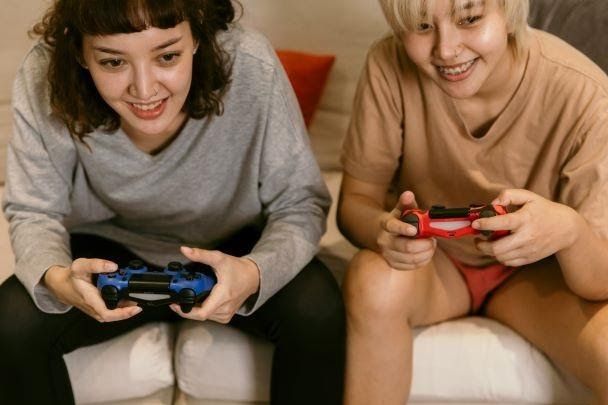 It is no surprise that women in earlier times were considered an inferior species. They were subjected to dominance. They were abused. It is from these roots the characters of women are developed in the video games. The female video game characters are generally involved in prostitution and laundering. The poor portrayal of women’s character in video games as gold diggers is pathetic. They are made to wear ridiculously short dresses; as if they are almost naked.

Gamers and game developers might have a pretty bad mindset. They keep showing women’s sexuality to lure men into playing their games. Vulgar female video game characters are a part of some cheap marketing strategy. Women have always been objectified as a sex object. Something that many men believe till today. They are expected to be hot and sexy; with a thin waist and flat tummy.

Women And Sexuality- A Misconception

Why is the image of women linked to sexuality? Men can be appealing and sexy as well, but they are not subjected to the gazing eyes of spectators. They are not made to wear short dresses and flirt with women in a video game. They are always some heroes on a mission saving the woman they love.

Sexuality is not a gender thing. It is an individual’s appeal. The kind of image GTA or Dungeons and Dragons have created has hurt many women’s sentiments. Vulgar female video game characters in these games should not be encouraged.

Why Is This Wrong?

What Can Be Done?

To improve the image of women’s character in video games; we will have to change our mindset. We need to have more female gamers and developers. More and more women should join this industry. We need to have gender-neutral gaming ethics. Do not allow your children to play such video games that portray women poorly. There should be some laws to improve gaming ethics. Women development and Ministry should look into this.

It is our responsibility to implant the right seed from an early age in our kid’s mind. Keep a tab on what your kids are playing. Video games that exploit women’s character should be banned. A game developer should focus more on graphics and design. Instead of coming up with such vulgar characters of women in video games.

Gaming is not only a man’s thing. Women play video games as well. There are many women working as game developers or coders and programmers. We need to start appreciating these women. We need to respect each other. You will not usually find women flirting with you to mug you. They don’t always care about your money.

Gaming industry should focus more on their gaming graphics and control system and storyline. Instead of coming up with such irrelevant characters. The gaming industry is a gender-neutral industry. It doesn’t have to be disrespectful of other humans.

Is It Only In Video Games?

It is not only video games but movies and TV series as well. It is always the heroine that needs saving from some goons or villain. She is always a damsel in distress. But men are always portrayed as heroes who save everyone. They are strong and powerful.

The heroines in movies and series are generally a showpiece; an eye candy. They have only one work to do; that is to look pretty, hot and sexy. They are not given any major scenes or dialogues. They are prepared to do item numbers to allure in the public.

Characters of women in video games are ridiculously offensive. Of course, this mentality is changing. Nowadays we have women as lead roles in movies and strong female characters in video games. We should remember that women are fighters too.

Not all boys are Mario; fighting to save their Princess. Remember not all Princesses need saving. We are strong and independent. We need no man to save us. We can take care of ourselves.

It is good to acknowledge that the perception about women’s sexuality is changing. They are not considered a baby producing machine anymore. They are living their lives. It will be better if we don’t promote such vulgarity. Vulgar characters of women in video games should be banned. Start teaching your children some gender-neutral ethics. Start sensitising them from a tender age. We need to respect both the genders.