Who Is Urfi Javed, And Why Is Everyone Talking About Her Dresses 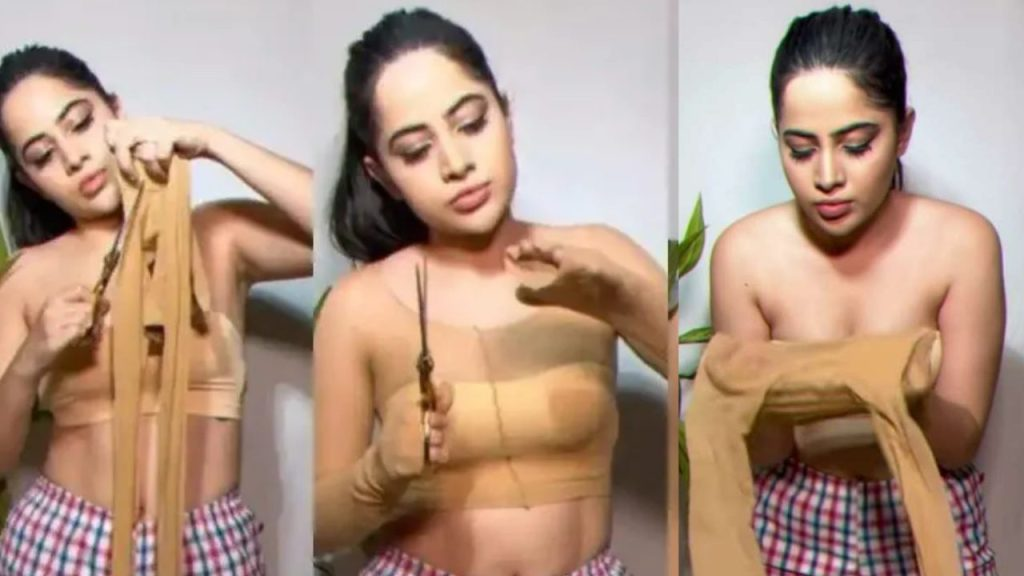 Urfi Javed takes pride in the attention she receives due to her impeccable sense of fashion. The actress is undeniably one of the most self-assured talents in the industry. She unapologetically pursues her own goals. The viral hit Urfi Javed has achieved another landmark by being the most searched Asian celebrity in the World. The actress left behind several A-list stars. Urfi has done everything she can to make a name for herself as the celebrity who sets the style trends for the year. She shows off her unique style and makes bold style statements.

Who Is Urfi Javed?

After her time on Bigg Boss OTT, Urfi has gone on to star in some different television shows. She gained significant recognition for her performance as Avni in the film Bade Bhaiyya Ki Dulhania. In addition, she played the role of Aarti in the show Meri Durga, Bella in the show Bepannaah, and Mira in the second season of Punch Beat, which was aired on ALT Balaji. Urfi portrayed Chhaya in the Star Plus television show Chandra Nandini throughout the years 2016 and 2017. In the 2018 season of Saat Phero Ki Hera Pheri on SAB TV, the actress played the role of Kamini Joshi. Following her role as Shivani Bhatia in Yeh Rishta Kya Kehlata Hai in the year 2020, Urfi Javed went on to portray Tanisha Chakraborty in the show Kasautii Zindagii Kay.

Yes, the most searched Asian celebrity in the World

The list of the most-searched Asians on Google is out. Urfi Javed is on the list. She became widely recognized after Bigg Boss OTT, mostly because of how crazy her clothes were. She is in 57th place. Kiara Advani, who is in 64th place, is a long way behind her. The 66th spot goes to Janhvi Kapoor, a starlet whose photoshoots go viral because they are so beautiful. The most shocking thing about it is that she beat Kangana Ranaut. Because of how bold she is, the Dhaakad actress is always a hit on social media. Urfi Javed has been on a few shows, but now she is focusing on making music videos.

Five Controversial Urfi Javed Dresses That Made It To The Headlines

1. A dress of Safety Pins

For the time being, the sole function of safety pins that we are aware of is to keep things together. In contrast, Urfi had the brilliant idea of using only safety pins to build a dress. However, people are still not sure if it makes any sense. It took Urfi and her team three days to produce this dress, which she mentioned in the description of the photo.

Urfi was spotted wearing this attire, which consists of sparkling, see-through mermaid trousers. She wore it with a lavender-colored bikini top. Netizens didn't understand Urfi's 'strange' clothing, and we have to agree.

Yes, Urfi Javed opted to go topless for one of her photoshoots, wearing only full-coverage undergarments and a netted skirt. She wasn't wearing a top, but she was encased in heavy metal chains for no apparent reason. After this day, Urfi even posted a photo on her Instagram stories depicting the red bruises left by these chains on her neck. Next time, we hope she chooses her attire more carefully.

It is hard to explain the desire to know whether or not it's okay to wear cotton when you see Urfi Javed in this bizarre outfit. People were in awe when they saw Urfi eat the cotton candy from her frock in a video she posted on social media. While we respect the freedom to wear whatever one wants, shouldn't those clothes also be practical?

In order to wear the outfit, Urfi Javed had to lift 20 kilograms of broken glass. Everyone was taken aback by Urfi's unusual sense of style. She wore it to celebrate 3 million followers on Instagram.

Urfi Javed is not new to headlines. However, being the most searched Asian celebrity in the World is definitely a big deal. Urfi Javed's dresses and statements keep leading her to become the talk of the town. The Bigg Boss OTT contestant can be seen slaying dresses made of literally anything and everything.

She has slain in outfits made out of flowers, safety pins, wires, broken glasses, cotton candy, plastic, and more. Even though Urfi is regularly subjected to trolling, she chooses to shine through it all, which is why her fans adore her.

Q1. How tall is Urfi Javed?

Urfi Javed has a net worth of between 40 lakh and 55 lakh. Her main way of making money is by appearing on TV shows. She gets between 25,000 and 35,000 per episode in TV shows. She also charges a lot of money to promote some brands through her social media accounts.