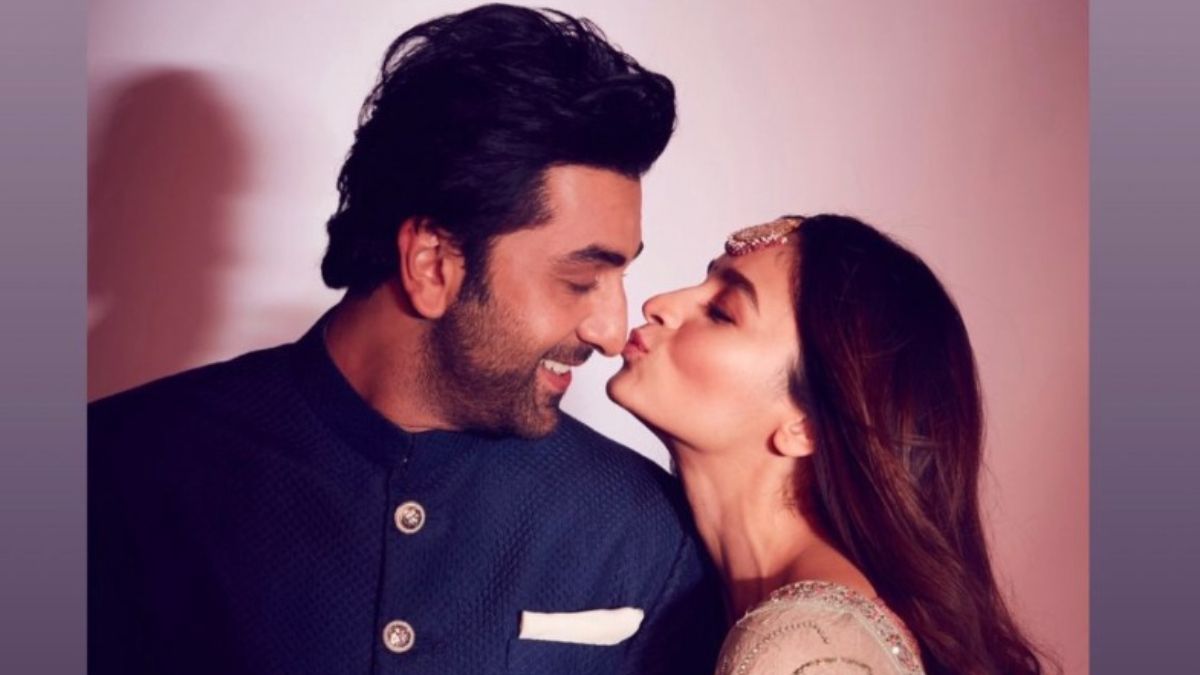 Both Brahmastra combo and Bollywood new wed power couple Alia Bhatt, and Ranbir Kapoor's fans were pleased this week, and of course, so were the newlyweds themselves. Alia Bhatt, who is 29 years old, posted a picture to Instagram on Monday morning showing what appeared to be a scene from the hospital. She was getting an ultrasound done while her husband stood by her side. Alia Bhatt and Ranbir Kapoor announced their pregnancy.

They are expecting their first child with the caption that accompanied the photo. Fans, family, and friends of the couple, who got married on April 14 of this year, praised and congratulated them on the post.

Alia's post caused a frenzy among her fans. Also, a lot of her Bollywood colleagues and friends also offered their congratulations to her. However, many people on social media believe that the post is only a promotional gimmick for the upcoming film "Brahmastra," which stars Alia Bhatt and Ranbir Kapoor.

Alia's pregnancy was also verified by Ranbir's sister, Riddhima Kapoor Sahni, who shared a lovely post on her Instagram stories to share the good news. The jewelry designer shared an adorable photo of Ranbir and Alia with the caption, "My babies are having a baby; I love you both very much."

The revelation was also confirmed by Alia's mother, Soni Razdan when she spoke with E-Times. "There are certain times in life that are so emotionally affecting and overwhelming due to the sheer force and joy they contain. This is an example of one of them." According to E-Times, Razdan was stated as adding that everyone was overwhelmed with emotion and was celebrating by dancing.

The famous couple is definitely ready to have their first child together. As soon as Alia posted on Instagram that she was pregnant, many Bollywood stars congratulated her and her husband. They sent them well wishes for their new journey.

Gal Gadot, Alia's co-star in the film "Heart of Stone," was one of the delighted people. Alia is gearing up for her big-screen debut in 'Heart of Stone,' where she will appear with Gal Gadot and Jamie Dornan, among others. Celebrity surrogate mother Priyanka Chopra also congratulated Alia, stating, "Congratulation Honey, Yayyaya, Can't-Wait."

The comment from the film director Karan Johar said, "Heart is exploding." Anushka Sharma welcomed Alia and Ranbir "to the club" after Alia announced her pregnancy in a post that she shared on her Instagram Stories. The actress penned a note to the couple that read, "Welcome to the club, mommy and daddy."

The announcement that Alia Bhatt and Ranbir Kapoor are expecting a child made a big controversy on the internet. A lot of people tried to tell Alia what was right and wrong by criticizing her for getting pregnant at such a young age. They were saying that this marks the end of her career. There were a great number of harsh memes that could be found on the internet. Also, the response of internet users was disheartening and discriminatory.

There are a few people who are disappointed by Alia Bhatt's pregnancy announcement, even if the majority of the public is delighted with the news. It was difficult for some fans to accept that she was pregnant despite the fact that the announcement came straight from the pair and there were no rumors. Responses included "That was fast" and "Abhi Abhi to Shaadi hui hai" to "this is PR gimmick" and "this is Brahmastra advertising," as well.

Even while everyone is congratulating Alia Bhatt on her pregnancy, some people on the internet are making fun of her for being pregnant so soon after getting married. Many people have gone to the extreme of hypothesizing that she was already pregnant at the time that she got married in April. It is none of our business to know when Bhatt became pregnant with her child. Despite this, our society still views having a sexual relationship before marriage as taboo and this is evident by conversations going around.