Why Does Sia Hide Her Face? 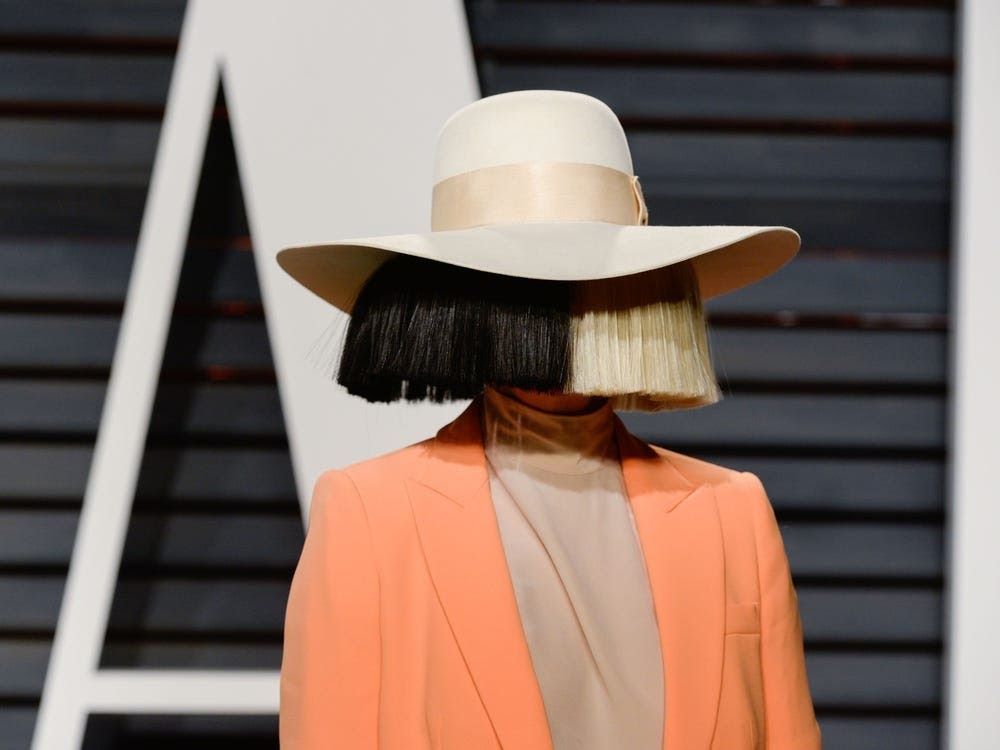 Sia Kate Isobelle Furler is one of those very few people who hides her face but , why does sia hide her face ? She has written songs for legendary singers like Rihanna, Beyoncé, and Flo Rida among others. Why does Sia hide her face? You thought about that too, right?  She decided to shift to songwriting in 2010 and ceased to perform live. Before that, she had already released five of her studio albums. In 2011, her voice was featured in David Guetta’s ‘Titanium’. She’s a pop star, a musical icon, but very few people are aware of her facial features.

More often than not, she is seen going out in a cropped wig that almost fully covers her face, leaving out her mouth, so that she’s able to sing and talk. The wig is usually topped by headgear, like a hat or a bow. Sometimes, she does not even face the audience and has representatives like Ziegler. Why does Sia hide her face? We’ll find out! She’d come up with the idea of the wig in 2012 and when asked about it, she said, “Maybe I was meditating and I thought, oh, I’ll just be the blonde bob!” she said. “If Amy Winehouse is the bouffant, then I’ll be the blonde bob.”

Why does Sia Hide her Face?

Sia hides her face to keep herself away from the negative sides of fame and recognition. According to her, she doesn’t want to be judged or face criticism based on her physical appearance, but instead, on her music. She is aware of the plight of celebrities, especially with the harsh trolling that they are subjected to on the internet. She doesn’t want the same for herself and is very open and clear about the importance of privacy in her life and wishes to sustain it.

One of the instances that she once mentioned while talking about the negative impacts of fame justifies her big step and her outlook towards life. She had been talking to one of her friends who was diagnosed with cancer. That’s when one of her fans came up to her and asked for a picture. From the point of view of her fans, it does make sense and could be regarded as a general scenario. However, what we often fail to realize is, celebrities are also human beings and their emotions are as valid as ours are. They deserve their time as we do.

Her decision also stems from her unpleasant past. She has been addicted to drugs and alcohol during the early days of her musical career, due to the ill effects of fame on her mental health. She was even diagnosed with bipolar disorder and depression and had been suicidal in 2010. One more reason why Sia hides her face is that she wants to keep an element of mystery and suspense in her performances, to build up the interest of her audience.

Why does Sia Hide her Face? Her Real Appearance

Sia usually doesn’t hide her face when there are no cameras around her and she’s experiencing her moments. Otherwise, she rarely steps out without the wig, in public events. For those who’ve never seen her, she’s a round face, blonde hair, and a pair of blue eyes.

Most Popular Songs of Sia

The reasons why Sia hides her face are personal. But her songs are for everybody. Two songs that form the foundation of her career are ‘Elastic Heart’ and ‘Chandelier’. The latter went on to become Sia’s first-ever entry in the US Billboard Hot 100, where it ranked at number 8. It was from her album 1000 Forms of Fear, released in 2014.

The song held its position within the top 10 songs of Australia and several European nations, for several weeks. Further, it went on to be nominated in the Grammys, in four categories. It was during this time that she was at the peak of her career and received a lot of attention. Post this phase, she had a personal rough patch that changed her life, forever.

Why does Sia Hide her Face? Insensitivity Towards Celebrities

While all of us dream about celebrity life, we don’t ever wonder about the dark aspects of it. While some people have understood why Sia hides her face, others have trolled her for her way of protecting herself and her mental health from the public eye. The following are a few cons of celebrity life.

The inability of behaving like any other regular person is why Sia hides her face. If a celebrity or a famous personality walks freely through a busy street? What would happen? There would be chaos in no time, right? With thousands of people trying to reach their idol and yearning to get a selfie or an autograph. Thus, they’re not able to enjoy the little moments of life as freely as we can. Is it wrong to love them? Surely, not. But, we could do a better job in understanding them.

2. They Crave Real Relationships and Moments

Having cameras all around you can be quite fun for some people but only to a certain extent. After a long day, you would want to have real conversations with real people, who play an important role in your life. Some people can keep up the balance between their personal and professional lives but others aren’t able to, especially in a professional space as closely related to the audience as show business. Thus, harsh impacts become inevitable, such as the driving forces why Sia hides her face with a wig.

With every passing day, we’re becoming more and more aware of the baseless and toxic beauty standards that exist around us. But do we preach the same when it comes to celebrities? They’re scrutinized top to toe and grilled and trolled for the slightest faux pas. This is why Sia hides her face and doesn’t want people to be able to see her. She wants to be known for her capabilities as a musician, as an artist. It’s time we become a bit more sensitive and considerate towards those people who entertain us in our best as well as worst times.