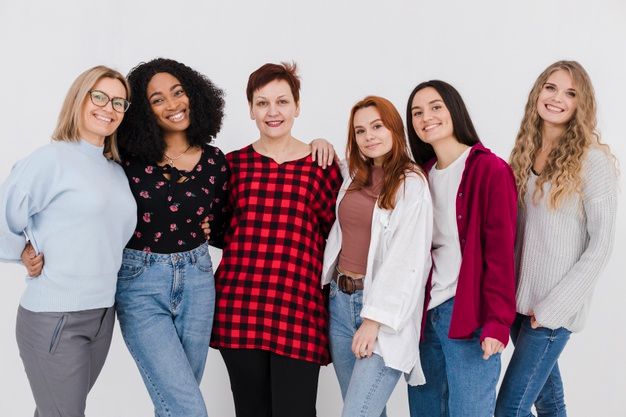 Women today are making their presence known with wealth, fame, power and love. Women contribute uniquely to leadership, business, science, activism and arts, inspiring future generations and the women who want to come forth in their respective careers. Before men were the only ones who held power and wealth in their hands and that’s not a thing anymore, women today are much more capable than they are thought of.

The list of most powerful women in the world is long, from politics and business to Hollywood, sports and arts, women have inspired us in every field.

Most Powerful Women in the World

So, here we present you the list of the most powerful women in the world in 2021. Check it out, you may find your inspiration!

Kamala Harris has become an inspiration for many women after being the first women and first black and south Asian woman to be the vice president alongside the former vice president, Joe Biden on November 7, 2020. Harris is a United States senator for California and has served as an attorney general of California. In 2016, she was the first Indian-American woman to be elected to the United States Senate.

Kamala is a California native and was born in Oakland to immigrant parents, her mom, an Indian and her father, African. She is a Howard University Alumna and she will be the first graduate of historically Black College or university to hold the position of Vice President. No doubt, she’s the first on the list of the most powerful women in the world in 2021.

Angela Markel became the first woman Chancellor of Germany in 2005 and is currently serving her fourth term. Angela Markel is the de facto leader of Europe and leads the region’s largest economy after directing Germany through a financial crisis and back to development.

Her leadership is praised by everyone, from standing up to Donald Trump to allowing more than a million refugees into Germany. A survey in October 2020 showed that around 75℅ adults in 14 European countries trust Markel more than any other leader.

In November 2018, she stepped down as a leader of the Christian Democratic Union and said that she wouldn’t pursue another term as a chancellor in 2021. The big question which remains is who will come as trust-worthy as Angela Markel after her Time in office comes to an end.

2020 has been a tough year. Finding a vaccine that was effective and safe as quickly as possible was stressful. One of the most powerful people in the search for an effective vaccine was Kathrin Jansen who is the head of vaccine research and development at Pfizer. Jansen illustrated her leadership by directing a team of 650 experts in March 2020 in collaboration with BioNTech for developing a safe and successful vaccine against COVID-19.

The director of the vaccine education centre at the children’s hospital in Philadelphia said, ” She’s exactly who you want in that position. She fights for vaccines she thinks are important. People who think pharmaceutical companies are evil should spend time with people like Kathrin Jansen.”

Oprah Winfrey is a host, TV producer, Actress, Author and Philanthropist. She is well known for her talk show, The Oprah Winfrey Show which telecasted for 25 years. She dubbed the queen of all media and is considered the richest African American in the 20th Century.

The former news anchor built the profits from her talk show into $2 Billion. She launched a cable channel OWN in 2011 and about 25.5% of her network is worth more than $65 million.

The ‘Oprah Effect’ has spread to Weight Watchers and she bought a 10℅ stake in 2015 and acts as a brand ambassador. In March 2020, she returned to the small screen for an interview show about Covid-19. She truly is a Boss Lady!

Despite being just 17 years old, Greta Thunberg, the young climate activist who started a worldwide movement for climate change is surely one of the most powerful females in the world. She became Time’s Person of The Year in 2019. She started her movement by holding school strikes for climate change outside the Swedish parliament to attract attention towards climate change.

Great delivered a powerful “How Dare You” speech at the UN Climate Action Summit in front of leaders, lawmakers and UN secretary-general. Since then, she has attended many climate protests, making people aware of climate change through her powerful and influential speeches.

Susan Wojcicki has served as the CEO of Youtube, a video sharing website since 2014. She is the longest-tenured CEO in the history of the website. She is former Google’s Senior Vice President in charge of marketing.

She enabled Google to make revenue off by introducing AdWords, clickable text-only advertisements in 2000. She also launched AdSense which revolutionised the usage of Google by business and Ad purchasers across the web. She now leads Youtube, which has more than one billion monthly users.

Nancy Pelosi is the 52nd Speaker of the U.S House of Representatives. She is the highest-ranking elected woman in the country and second in line for the presidency. She held the position for 5 years from 2007-2011 and then she served her third term as a speaker in 2019.

In 2013, she was inducted into the National Women’s Hall of Fame at a ceremony in Seneca Falls. She instigated the fourth ever impeachment proceedings in US history against President Donald Trump.

Ilan Omar is the first Somali American to serve in the Congress. She is a former refugee along with Rashida Tlaib are two first Muslim American Women to serve in Congress after being elected in January 2019. Omar, who wears a Hijab to the House of Representatives, changed the rules regarding headwear by Congress.

She is also a member of “Squad” by four freshmen congresswomen: Omar, Alexandria Ocasio-Cortez, Yanna Pressley and Rashida Tlaib. She often came under fire for making anti-semitic remarks and other comments, Omar stands for diversity in the American Political System.

These were the 8 most powerful women in the world in 2021. These women have inspired and encouraged future generations of women to not hold themselves back!