Why Do Women Wear Bras? Are They A Necessity? 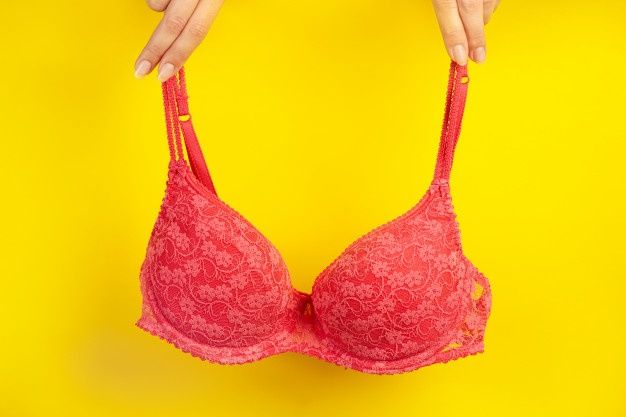 Why do Women Wear Bras?

There are multiple reasons why women wear bras. Some of them are justifiable, others are simply conditioning put forth by society. And not just women, often girls wear bras too. Are bras really necessary? What is the bra’s function? Are there any health benefits? Let’s have a look at the different factors that contribute to the fact that women wear bras.

A Brief History of Bras

Women have been supporting their breasts literally for ages. The first bra dates back to ancient Greece wherein women would wrap pounds of fabric across their chest by tying or pinning them in the back. It wasn’t until 1889 that French inventor Herminie Cadolle invented the first modern bra. Her garment effectively cut the traditional corset into two, but the bra as we know it today- the garment that lifts and separates via cups and straps only became part of the world officially on November 3rd 1914. That’s when Mary Phelps Jacob designed this piece of clothing that locked boobs away for good.

Are Bras Bad for your Health?

These days the global lingerie market value exceeds a whopping 28 billion dollars and its shows no sign of going tips up. But what’s all this about bras being bad for your health? It is partly fuelled by a 15-year study by John Deni Roy. On completing his assessment in 2013 this French scientist came to some very interesting conclusions about breasts and bras. His eye-opening study on 330 women aged between 18 to 35; who start wearing a bra from an early age. This did nothing to help or support the chest or to reduce back pain or prevent breast sagging.

This is because according to Roy, wearing bras prevented the growth of breast tissue which led to the deterioration of muscles that support the breast. However before you go and burn your bra, let’s take into consideration, that this study was only conducted on women age 35 and under. And Roy himself concluded that going braless may not have the same benefits for older women and to those who had already worn a bra for most of their lives.

When to Avoid Wearing a Bra?

But there is a certain time when researchers suggest that you should avoid wearing a bra – and that time is at night. Numerous researches say that sleeping with a bra will cause your boobs to stack but in contrast iconic beauty Marlin Monroe used to sleep with a bra every single night to prevent her breasts from sagging. Some doctors insist that wearing a bra during bedtime, will have little to no impact on the sagging of your breasts.

Sadly breast sagging is just a fact of the life of women as they age. No matter how much you wear a bra, it won’t keep them in the same place forever. More worryingly though, he claims that night-time nip caging restricts the flow of lymph to important lymph nodes around the breasts and the armpits. This hinders the system’s vital function of flushing toxic waste products from the body. The bottom line is don’t wear a bra in bed.

Benefits of Wearing a Bra During Day Time

There are loads of benefits of wearing a bra during the daytime, whether you are completing a yoga session or hitting the treadmill at the gym a good sports bra is a woman’s best friend. This marvelous invention helps to minimize the movement of your breast by reducing a ton of weight and discomfort caused by stretched skin and ligaments. There are also aesthetic benefits of wearing a bra. For those less endowed ladies in the world, a push-up bra can help to increase the appearance of your body and for many women, a good bra can boost their confidence as well.

Are There any Medical and Health Benefits of Wearing a Bra?

As far as the medical and health benefits of wearing a bra are considered, there is none according to various studies. In fact, for girls who wear bras and are only beginning to wear bras science says there is no reason to do so. It seems rather than supporting a girl’s development these bras stifle it and force them into a lifelong sentence of bra-wearing.

As for the rest of the women who are mortified by these studies, it’s time to embrace a braless and flawless lifestyle. Not wearing a bra encourages healthy breast tissues in young women. Most women wear bras that are of the wrong size, which can be very harmful. This leads to the increased risk of poor posture, nerve damage, pain in the neck, shoulder and back pain and saggy boobs.

Not wearing bras is often results in the woman being shamed. Society has conditioned women, that wearing bras are essential. Women, their bodies and their clothing patterns have always been influenced by the patriarchal idea of what a female’s body should look like, this has never been about the woman’s comfort.

Breasts have been sexualized for ages. Society has always thought that it is their right to dictate to women what to do with their body. Some women wear bras because of this conditioning. But, let this be the woman’s decision. By weighing the pros and cons and then deciding whether she should wear a bra or go braless.