Crush Alert: 10 Ways To Flirt With A Guy On Phone! 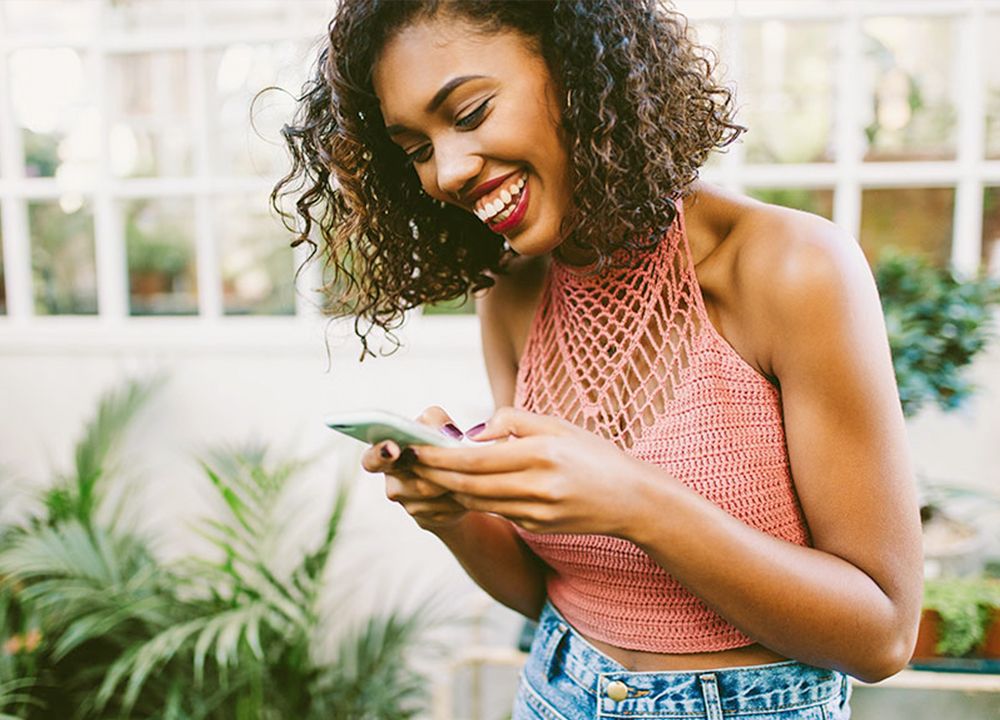 Flirting is usually considered a trial round for dating. Couples well in a relationship also flirt occasionally. But, for these couples, it’s a lot more comfortable and easy. Whereas if you’re just starting out with someone you like but get tongue-tied, fret not darling, we’re here for your rescue. Here’s your how to flirt with a guy on phone guide.

Guide to Flirt On Phone

Here is the guide to flirt with with a guy on phone:

You need to be calm, cool and collected. If your nervous and jittery it’s going to make the whole experience awkward. Feeling nervous while talking to your crush is normal, but, if you wanna impress a guy on phone you have to make sure you don’t show it.

Just to clarify, this does not mean you have to obsessively stalk him. If you have paid attention previously you may have an idea of his likes and dislikes. You can always just check out his Instagram to find out. It might give you at least a brief idea. Maybe he has travelled a lot or loves photography, or maybe he likes singing. It will give you an idea of what is going to get the conversation flowing. Eg. maybe you see he likes travelling o you can casually bring it up like “So do you like to travel?” or “What would your dream holiday be?” or “Staycation or Vacation?”. Or if he likes music then, “Do you like music?” “What kind of music do you prefer?” “Did you hear that song that was released last week by __?” It helps overcome those awkward pauses and find your groove. Which brings to our third point.

3. Encourage Him To Talk About Himself

Asking questions relating to his interests will spark a conversation. Listen when he talks and make comments to spur him on. Make him feel good about his interests and be genuine. Here are some phrases in case you run out.

This is crucial or else one of you is always going to be uncomfortably adjusting for the other. Find a thing you have in common and build upon that. It doesn’t have to be accurate. If you like painting and he likes photography so you have an artistic connection now you can build on that. What’s a flirt on phone (or flirting in general) if you have got nothing common to talk about.

Also Read: Know If Your Guy Loves You

5. Talk About Your Body

Talking about life goals is something you do with friends as well so what’s different when you have to flirt on phone? Well, you don’t want to be friend-zoned. So now that you have got the conversation flowing start dropping the hints. Be subtle this isn’t Phone-sex. The best way to go about it is to talk about your body. Eg. “I’ve been working out recently but I’m worried I’ll lose my curves” or “_ told me yesterday that my lips are really pouty”.

You’ve got the sparks flying now time to light the fire. You can’t leave everything to his imagination! So give him a taste of what he’s getting but not too much. Here are a few examples of how:

What person does not like compliments? That was rhetorical, everybody like them. It also shows that you have been paying attention. Make him feel good about himself. Just be careful there is a difference between genuinely complimenting someone and flattery. Some guys may like the latter but all guys like the former.

8. Playing Hard To Get

This part makes it fun. You have to keep indulging him but make yourself seem like a mystery. Don’t share too much about yourself but enough to leave him wanting more. If he is the first to call let it ring a couple of times before you pick up. When talking about yourself be genuine but make it seem like you’re the girl of his dreams. The whole flirt on phone idea will be pointless if you don’t drive  him at least as crazy about you as you are about him.

This isn’t a hard and fast rule. But try to keep things light and fun. Keep an open mind about things and don’t sweat the small stuff. If something he said has upset you, tell him. Don’t bottle it up or you will resent him and lose interest. If he starts getting defensive and ignores your concern, he’s not the one.

Now for the main part. What was this all leading to? You don’t want to flirt with a guy on phone forever. You want this to lead somewhere. See if he makes the move first if he does great. If not you can always go first. Make sure it is casual enough so as not to give yourself away. Eg. “Hey you wanna go watch the movie we talked about someday?” or “Oh you have got to try their food. Maybe we can go out there sometime?” Make it seem like something that you just came up with.

Remember, whether on phone or in real, if you are genuine, that’s your USP, being fake never gets you love!